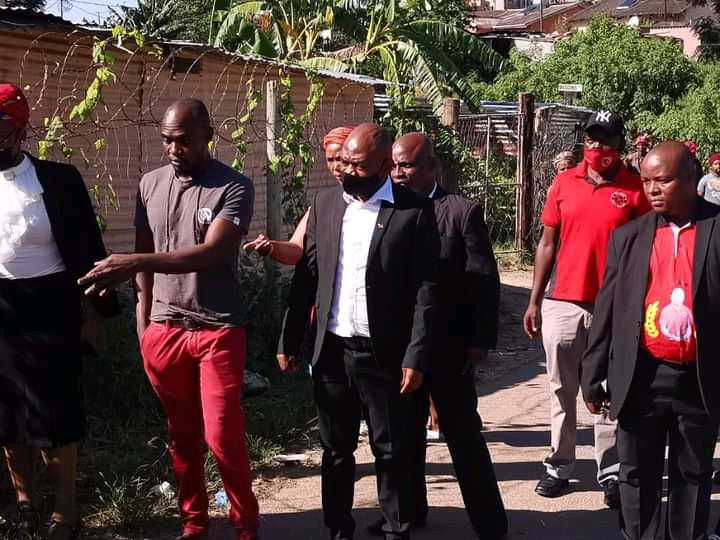 The Independent Police Investigative Directorate (IPID) has confirmed that it is looking into accusations by residents against police in Durban.

“Our investigators are gathering information so that they can be able to conduct the investigation,” said IPID spokesperson Lizzy Suping.

This follows the death of 38-year-old Siyabonga Manqele from eNkanini informal settlement in Mayville who was shot dead, allegedly by police, on Friday. The incident has been met with widespread anger among community members and activists.

Manqele is the second person killed in Mayville in one week.

Activist Ayanda Ngila, who was a leader at the eKhenana informal settlement in Cato Manor, was shot dead last Tuesday. His murder is believed to be a targeted attack on activists in the community linked to housing movement Abahlali BaseMjondolo.

According to residents, Manqele was standing outside his home while his girlfriend was being arrested when he was fatally shot. Residents say a convoy of police officers had been raiding the informal settlement, breaking down doors, assaulting and intimidating people. It is unclear whether these officers are local.

A resident who spoke to GroundUp on condition of anonymity, said police officers arrived at the settlement on Friday in full riot gear with their faces masked with balaclavas. “They broke the gates, assaulted people, including young children. They dragged a woman in front of her children, beating her. It was too gruesome to watch.”

The resident said four people were arrested, one of whom was Manqele’s girlfriend. “[Manqele] was unarmed. He was asking questions like all of us because we wanted to know why these people were being arrested,” said the resident.

On Saturday and Sunday, the community blocked roads in Cato Manor, demanding answers from police. They also wanted the four accused to be released immediately.

In a statement, Abahlali BaseMjondolo said police had arrived in vehicles without number plates and their faces were masked.

Manqele’s aunt, Susan Manqele, told GroundUp that they received a call at around 1am about her nephew’s death. “I’m told that people stayed with his body from the time of the incident until 5am. I don’t know what he did to be killed in such a senseless manner. Siyabonga was innocent and they should have arrested him or something, not killed him,” Manqele said.

She said Siyabonga Manqele was originally from eShowe in KwaZulu-Natal, the eldest of five children, and a father of three. His aunt said that the family are demanding to know why he was killed. “To make matters worse, the mother of his children has been arrested. His children are with relatives. We don’t know what is going to happen to her and why she was arrested in the first place,” said Manqele.

On Monday, a large crowd of residents gathered at the Durban Magistrates Court in support of the four residents arrested on Friday. The accused made a brief first appearance before the matter was remanded until 22 March. They face charges of murder and the unlawful possession of the firearms. No additional information was given about the alleged crimes.

In response to several questions about Manqele’s shooting and the police’s involvement in the arrest of the four accused, police responded only: “We can confirm the incident that took place on 12 March 2022 at 2:40am in Cato Manor where a 38-year-old man was allegedly shot by unknown people. A case of murder was opened for investigation. The motive for the killing is unknown.”