Less money for public schools and health care, but tax breaks for corporates and individual taxpayers 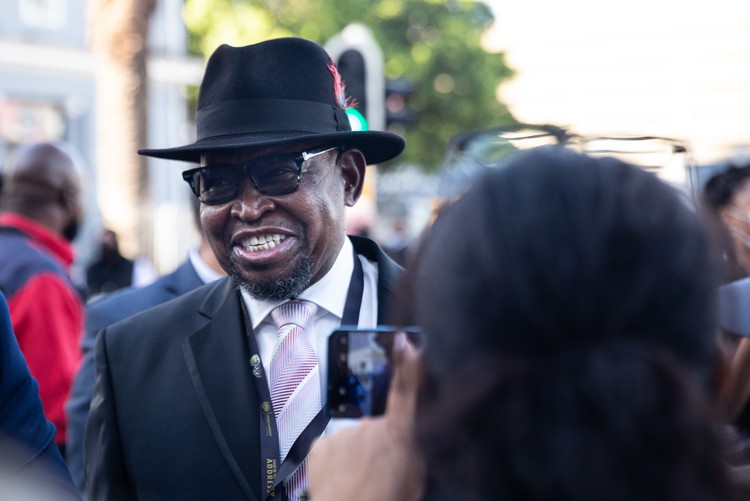 The Budget Speech is still on the path of austerity that slashes spending on public services in order to achieve a budget surplus by 2023-24, when revenue collected will exceed non-interest expenditure.

In a context of alarming poverty and inequality - as set out in a recent StatsSA Marginalised Groups Indicator Report - and with one of the highest unemployment rates in the world at nearly 35%, we question why the government continues to renege on its obligations to progressively realise socio-economic rights for everyone in South Africa.

Godongwana’s budget continues the trickle-down economic strategy of former Minister Tito Mboweni based on the hope that giving big business and high-income earners tax relief will translate into higher levels of investment and job creation. Even if this strategy had evidence behind it (none was presented in the Budget Review) such trickle-down effects would not make up for the direct impact of budget cuts to public schools, social assistance programmes, health care programmes, housing, and transport services proposed by this budget.

The extension of the Social Relief of Distress Grant (SRD) is to be welcomed. But the arbitrary amount of R350 is insufficient. Government’s decision not to adjust this amount in line with inflation must be questioned. Medical aid subsidies and personal income tax brackets were adjusted for consumer price inflation, so why not the SRD Grant, or the Child Support Grant and Foster Care Grant (which were only increased by 2.9% and 0.6% respectively)?

The SRD Grant has provided a lifeline to 10.5 million people and a solution must be found before February 2023 for continuing to support these and other individuals who remain excluded from opportunities to earn a living wage. The Budget Justice Coalition proposes that the SRD Grant be expanded and increased to at least the Food Poverty Line of R624 as a step towards a Universal Basic Income Guarantee.

There are some notable investments into healthcare that will support the country’s response to Covid, such as the earmarking of R2.1 billion, in addition to the R4 billion already budgeted, for vaccines. Also worth noting is the R8.8 billion commitment over the three year medium-term expenditure framework (MTEF) period, including R2.1 billion for primary health care doctors, and mental health and oncology service providers. But despite these investments, health expenditure is going up only 1% (before inflation) in the 2022-2023 year and on average 0.2% over the three years. Taking inflation into account, this means average cuts of 4.1% over this period.

These cuts are coupled with slashes in HIV, TB, and community outreach funding of 2.8% in real terms (after inflation). We condemn these cuts to a health care system which has been stretched to breaking point during the Covid pandemic and which needs additional funding to address backlogs in access to health care services which have built up since the onset of the pandemic.

Basic education is to be cut, on average, by 2.5% each year over the next three years in real terms (taking into account inflation). Failing to allocate funding for basic education in line with learner enrolment growth and inflation will jeopardise the provision of teachers, textbooks, furniture, and safe infrastructure, and represents a direct attack on the right to basic education.

The Budget Justice Coalition has proposed an alternative human-rights based budget for South Africa under the banner Imali Yesizwe, Our Nation’s Money.

We specifically recommend a higher level of progressive and effective taxation of high incomes, wealth, and medium to large companies. This is the fairest way to reduce the budget deficit while continuing to progressively realise all socio-economic rights. The Budget Justice Coalition rejects the decrease in tax rates for corporates and the inflation-linked relief to income-earners in the formal sector. There is no evidence to suggest that these measures will lead to an increase in long-term investment, job creation, and/or revenue.

Austerity budgeting must be rejected by Parliament. MPs should recognise their essential role in protecting socio-economic rights. As we emerge from the deepest recession in our history, it is critical to increase allocations towards early childhood education, basic and higher education, healthcare, public transport, and housing, both in order to expand the enjoyment of these rights and to lift the economy towards inclusive growth. Funding cuts in these areas will only reinforce inequality and delay our recovery from the pandemic.

A funding framework for a Universal Basic Income Guarantee (UBIG) must be prioritised. A decent UBIG linked to StatsSA’s upper-bound poverty line is the only way, models show, to produce economic growth and levels of sustained job creation. Expenditure reforms that can save money for the government are contained in the Public Procurement Bill and Zondo Commission recommendations and must be implemented.

Genuinely inclusive and sustainable development can only happen once the government recognises the role of the budget in transforming gender relations. Intersectional, feminist budgeting is “good budgeting”, because it recognises the inequalities in our society and takes concrete steps to level the playing field. The budget must unashamedly address the root causes of gender inequality by supporting the care economy, prioritising the most marginalised in times of fiscal constraint, and progressively realising the rights of all in South Africa.

We were shocked by the absence of references to women and gender-based violence in the budget. Government should be providing adequate resources to implement the National Strategic Plan on Gender-Based Violence and Femicide, but instead, Budget 2022 slashes funding for the Department of Women, Children and Persons with Disabilities by 11.9% on average each year over the MTEF.

The Budget Justice Coalition calls on Parliament to consider the impact of the 2022 budget proposals on human rights, gender equity and sustainable development before passing the fiscal framework and legislation required to give effect to the budget.

McLaren is from Section27, Mncube and Selman from the Institute for Economic Justice, and Khumalo from the Studies in Poverty and Inequalities Institute. The article was written on behalf of the Budget Justice Coalition.

Next:  Bring back our post office, demand Fort Beaufort residents