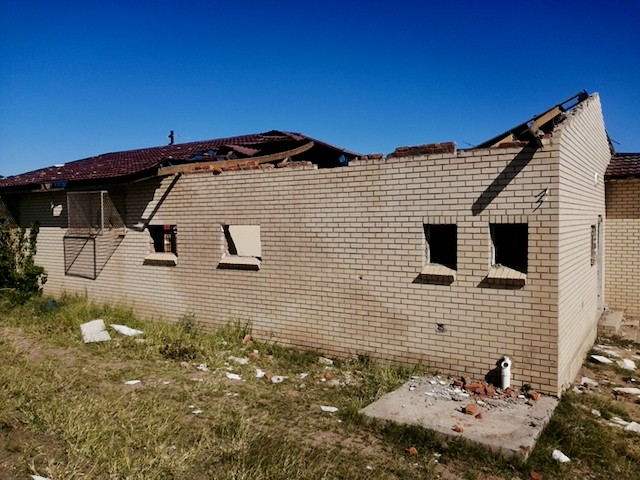 Hundreds of social grant beneficiaries have called for the reopening of the Empolweni post office so that they can access their social grants. Residents say the Empolweni Post Office was vandalised around 2017-18 and closed.

The beneficiaries say the service they get at the overcrowded main Fort Beaufort post office is poor. The main post office is not coping with the numbers of people coming from Empolweni township, the town’s suburbs and the surrounding villages.

Sometimes the post office runs out of cash and the system is repeatedly offline, say residents.

Last week dozens of “Covid grant” beneficiaries were turned away without receiving their money, though some had joined the queue before dawn. The post office does not pay the Covid grant on the days it pays out old age, disability, child and foster grants.

Jenny Dreyer, of Newtown, said it is unacceptable for the whole of Fort Beaufort to have only one post office. “We are hungry and tired of waiting too long under this scorching sun … We walk long distances to come and collect the money. But sometimes we go back home penniless,” she said.

Anelisa Thindala, from Daweti location, said, “Since 5:30am I have been queuing here for my R350 grant.”

“There is not even a toilet. Some relieve themselves next to the parked vehicles,” she said.

At 2pm she had still not been attended to. “I doubt I will get my money today because the queue is very slow,” said Thindala. “We need another post office with more staff members.”

National spokesperson for the SA Post Office Johan Kruger said there were three tellers and on a normal day they paid out 250 beneficiaries, while also attending to motor vehicle licences, postal and other financial transactions.

He said, “Cash cannot be ordered on short notice. The cash for the branch is ordered on a monthly basis, and the cash projections are based on the payment history.” 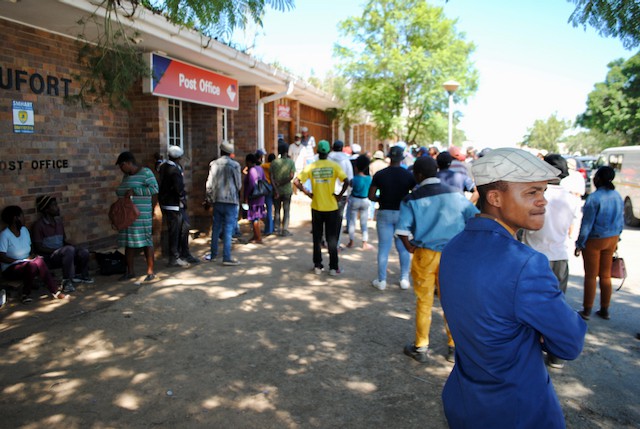 The Fort Beaufort main post office, the only post office in the area, is struggling to cope with the numbers of people coming to collect social grants. The town’s population was 25,700 in the 2011 Census.

Next:  Concourt limits interdicts against strikers