“Unfortunately his company has paid dearly for this brave stance … but hopefully this judgment will serve to vindicate his belief that it was the right thing to do,” says judge 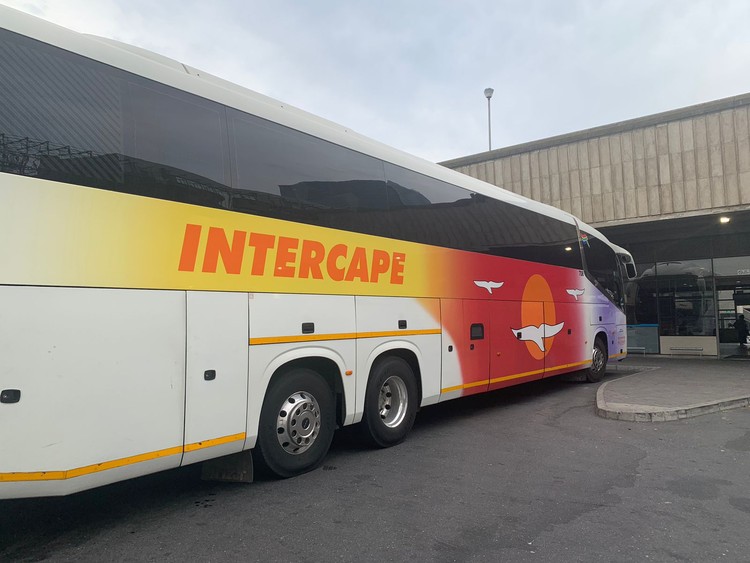 A judge has commended the bravery of Johann Ferreira, the CEO of Intercape. Photo: Ashraf Hendricks

The “resolute resistance” of Johann Ferreira, CEO of long-distance bus operator Intercape, in the face of unabashed official bullying was to be commended, Makhanda High Court Judge John Smith has said.

“Unfortunately his company has paid dearly for this brave stance … but hopefully this judgment will serve to vindicate his belief that it was the right thing to do,” he said.

Judge Smith handed down reasons on Friday for his earlier ruling directing Minister of Transport Fikile Mbalula and Eastern Cape MEC for Transport Xolile Nqatha to take “positive steps’ to to put a stop to ongoing attacks, apparently at the hands of disgruntled taxi associations, against buses belonging to the long-distance bus operator.

Ferreira had approached the court complaining that his buses had, since 2015, been subjected to widespread and ongoing acts of violence and intimidation, including the murder of one driver.

As a result, Intercape had lodged more than 150 criminal cases, 70 in the Eastern Cape.

Judge Smith said it was not disputed by the government respondents that the violence was not random, but part of a deliberate strategy aimed at intimidating and coercing Intercape into agreeing to unlawful demands of taxi associations that it adjust its prices, operate on certain routes and must pay levies to operate in certain areas.

Ferreira complained that in spite of repeated pleas for assistance, both the Minister and the MEC had “sat on their hands”.

Judge Smith said the Minister and the MEC had both failed in their statutory and constitutional duties and gave them until the end of this month to file a plan of action with the court to show what steps they would take, and by when, to ensure the safety and security of the bus drivers and passengers.

In his reasons he said: “It is manifest that nothing will happen if they are not compelled to comply with their constitutional and statutory obligations under court supervision.”

The judge noted that neither the Minister nor the MEC had personally “bothered” to file answering affidavits - nor to confirm those submitted on their behalf by the Director-General (on behalf of Mbulula) and a provincial director (on behalf of Nqatha).

“The result is that these harrowing allegations regarding brazen acts of criminality, governmental indifference, and even more concerning, an MEC’s acquiescence in the criminal conduct remained unchallenged … this is indeed a troubling aspect of this case.”

Regarding the MEC’s “acquiescence”, Judge Smith was referring to an allegation by Ferreira that the only time he had been contacted by now ousted MEC Weziwe Tikana-Gxothiwe was when taxi associations had blockaded the N2. She had instructed him to negotiate with taxi operators. He refused.

Judge Smith said the provincial director, in his affidavit, had said the former MEC had been removed from her position and refused to file an affidavit in answer to the allegation.

“This conduct must be deprecated. The fact that an MEC or Minister resigns or is removed does not relieve her of her duty to provide an explanation for any decisions taken during her tenure, particularly where the legality thereof is challenged in a court of law. “

It was for this reason that in his order, he had ruled that Tikana-Gxothiwe had acted unlawfully when she gave the instruction to Ferreira.

Judge Smith said the provincial director had made a “half hearted attempt” to argue that “a few ineffectual measures” had been taken by the department which constituted compliance with the provisions of the Transport Act.

“The Minister also unfortunately decided to remain silent in the face of allegations that he has haughtily dismissed Intercape’s desperate pleas for intervention in the crisis, adopting the attitude that it is an Eastern Cape problem,” he said.

“I am of the view that the evidence establishes that the MEC has failed to intervene in any meaningful way … the Minister himself has done nothing to intervene. He did not give any consideration to exercising his powers under the Transport Act in the light of the MEC’s demonstrable failure to do so.”

He said both had displayed a clear and fundamental misunderstanding of their obligations under the Act and the Constitution, and this was deserving of a punitive costs order against them.

Ferreira, in response to the ruling, said he hoped it would be precedent-setting and that other sectors of the economy which suffered as a result of government failure would use this as legal leverage.

“My other hope is that political heads and senior officials are held personally liable for costs,” he said. “I find it deeply unfair that the costs for this judgment will be borne not by the implicated individuals, but by ordinary taxpayers.”

He said as first practical steps, the Minister and the MEC should ensure that certain “no-go zones” in the Eastern Cape were opened, that the Minister use his powers of inquiry with a view to taking action against the taxi operators involved in unlawful actions and that the former MEC be required to hand over any information which may lead to the arrests of perpetrators.

The latter was especially urgent because there had not been a single arrest, as yet.

Next:  Municipalities must play their role in early childhood development