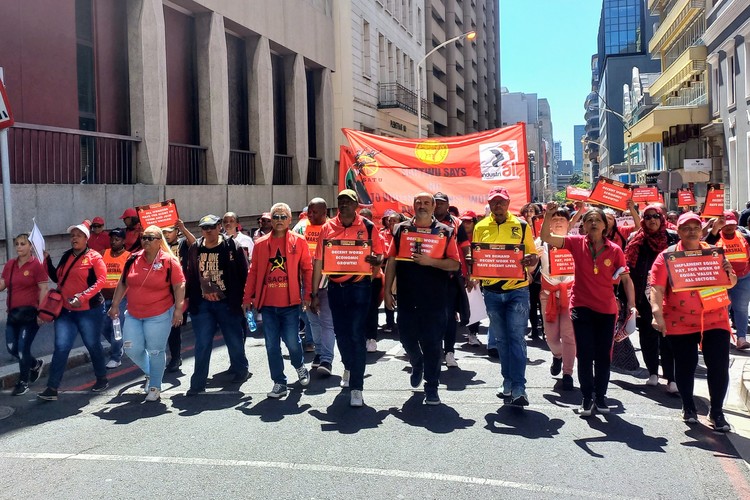 More than 100 members affiliated to the Congress of SA Trade Unions marched through the streets of Cape Town on Friday to commemorate the International Day for Decent Work. They are demanding that government and employers respect basic labour law and enforce decent working conditions. Photo: Marecia Damons

Hundreds of workers from unions affiliated to the Congress of South African Trade Unions (COSATU) took to the streets in Cape Town and Johannesburg to mark World Day for Decent Work.

The day is observed across the world in recognition of workers’ rights.

In Cape Town, over 100 workers marched from Hanover Street to hand over a memorandum of demands to the Western Cape Provincial Legislature and to Parliament. Demands included that the government must fight high rate of job losses and retrenchments. They also want government and employers to adhere to labour law and enforce decent working conditions.

COSATU Western Cape provincial secretary Malvern De Bruyn said workers are disappointed and frustrated. “There’s a job bloodbath, but there are no plans by the government to create jobs.”

He said many workers have complained about companies failing to comply with health and safety standards. “Workers are also complaining about working long hours where companies are not compliant with the Labour Relations Act and the Basic Conditions of Employment Act.”

In Johannesburg, protestors marched from COSATU House in Braamfontein, via Harrison Street to the Game outlet in Pritchard Street, where workers handed over a memorandum. Top of the workers’ demands was for the end of planned retrenchments at Game stores in South Africa. In September, Massmart, which owns Game, announced that it will be shutting down eight outlets, affecting over 700 employees.

“We are going to defend the working class. COSATU is the only federation that can tell the ANC where to get off. And if they are not willing to listen to the working class, in 2024 we will ensure we take them off power.

“To Massmart, we’re issuing them a warning today. This is the beginning of a struggle which we are surely going to win,” said Monyela.

Both government institutions, and Game management were given 14 days to respond to the demands. 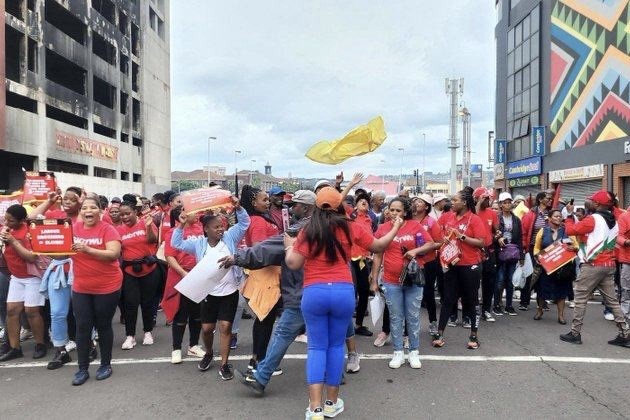