Bathabile Dlamini’s conviction sends a message to all public officials

There are consequences for failing in their duties 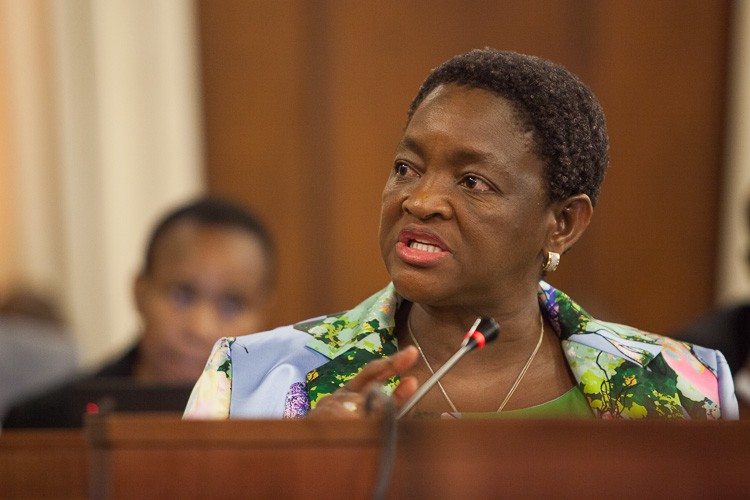 The conviction this month of Bathabile Dlamini for perjury should send a message to all public officials, writes the author. Archive photo: Ashraf Hendricks

The conviction on 9 March for perjury of former Minister of Social Development Bathabile Dlamini must send a stern message to all public officials, including those implicated in state capture, that there are dire consequences for failing in their duties to the public.

The conviction by the Johannesburg Magistrates Court follows the decision of the Gauteng Director of Public Prosecutions to try Dlamini after her false testimony under oath to an inquiry established by the Constitutional Court stemming from the social grants crisis in 2017. This is the first conviction of a former Cabinet Minister for unlawful and criminal conduct committed in the course of duties as Minister.

Dlamini was called to testify before the inquiry in terms of section 38 of the Superior Courts Acts, held to determine several disputes about the administration of social grants by the South African Social Security Agency (SASSA), which falls under what was Dlamini’s department. In the inquiry, Dlamini testified on the role that she played as political head during the grants debacle, which involved the conclusion of an invalid contract with Cash Paymaster Services (CPS) for the rollout of social grants.

The end of the contract between CPS and SASSA is important in understanding the vulnerabilities of people who rely on social grants at the hands of politicians. As that contract was about to come to an end, millions of people who rely on grants were left wondering if they would be able to access them in the following months. Yet the former Minister adopted a nonchalant attitude in resolving this grave issue, putting the lives of these millions of people in jeopardy.

The Centre for Applied Legal Studies (CALS) represented the Black Sash Trust at the inquiry and presented evidence that the then-Minister had failed in her duties and had purposefully misled the Constitutional Court to avoid being held to account for these failures. The inquiry was chaired by Judge Bernard Ngoepe, whose report describes Dlamini as an evasive witness who failed to disclose information to the Court for fear of being held liable in her personal capacity.

In 2018, the Constitutional Court held that Dlamini had acted negligently and recklessly in failing to oversee the payment of grants. The court said she must pay a portion of the costs of litigation arising from the social grants crisis in her personal capacity. This was the first time that a Cabinet Minister was held personally liable to pay the costs of litigation arising from her conduct in the course of performing her duties as Minister. Payment of these costs was finally made in April 2021.

The Constitutional Court also ordered that Judge Ngoepe’s report be forwarded to the National Director of Public Prosecutions to consider whether Dlamini had lied under oath and should be prosecuted for perjury. In August 2021, the Director of Public Prosecutions in Gauteng notified CALS that they would be prosecuting Dlamini for perjury. The decision was made three years after the Constitutional Court’s ruling in September 2018. In November 2021, Dlamini entered a plea of not guilty to the charge against her.

On 9 March 2022, Magistrate Betty Khumalo found that the former Minister had purposefully given false evidence under oath during the inquiry, when testifying that SASSA’s “work streams” – established to enable SASSA to take over the administration and payment of social grants after the contract with CPS had been declared invalid – did not report directly to her as Minister, when in fact they did. The former Minister had accordingly been untruthful when explaining the nature and processes of the administration of social grants during her tenure, a matter directly relevant to her political duties as Cabinet Minister, violating her oath of office to perform her duties in compliance with the Constitution, truthfully and conscientiously.

Dlamini’s conduct is especially serious because of the nature and scope of her duties and the mandate of her department to serve and promote the dignity of South Africa’s most vulnerable people by administering the social grants system.

Former Minister Dlamini had a duty to safeguard the public interest through her political office. Instead, she appears to have used the office for her own political gain. When given an opportunity to tell the truth and be held accountable for her actions, she chose to further disrespect the people of South Africa. When determining her sentence, it will be important for the court to consider these factors.

Although commentators may express their doubts, the conviction of Dlamini confirms that the arm of the law is long and can reach even those who think they are too mighty to be called to account.

Following the release of the full State Capture Report, we note that many government officials – including sitting and former Cabinet Ministers – have been implicated in wrongdoing by the State Capture Commission. The conviction of the former Minister confirms that even high-level state officials are bound to execute their duties both in a lawful manner and in the interest of the people that they serve. Failure to do so will indeed be met with dire consequences, including the possibility of both civil and criminal sanction.

Dlamini’s conviction also affirms hope for our justice system. Such precedents create a fertile ground for the prosecution of other powerful political figures who misuse their powers, undermine our justice system and abuse their position to steal, manipulate and/or connive while their hands are in the state’s purse. No longer.

We look forward to supporting the National Prosecuting Authority as it undertakes the arduous process of prosecuting those implicated in state capture, and will continue to work to hold our society’s most powerful actors – both inside and outside of the formal political system – liable where they fail to uphold their constitutional duties.

Thuli Zulu is based at the Centre for Applied Legal Studies, Wits University.

Next:  New code on vaccination in the workplace