Tops Mutanho succumbs to his injuries 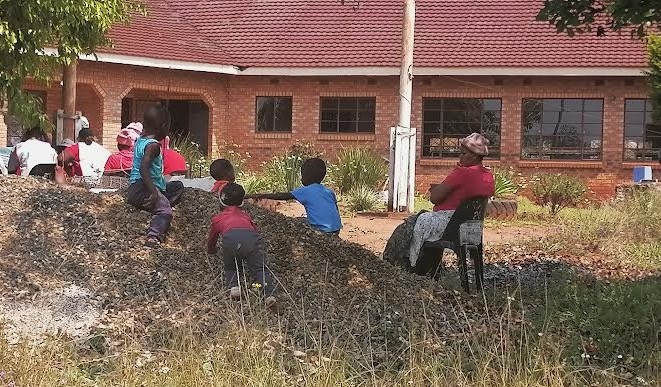 Red Cross and Lawyers for Human Rights provided food for those who had gathered at Njhakanjhaka traditional office on 23 September after the killings. Photo: Bernard Chiguvare

The death toll from the violent attacks on immigrants last month in Chavani village outside Elim in Limpopo has risen to four.

Melody Chaurura, Zimbabwe Consul General said Tops Mutanho had succumbed to his injuries on 26 September. “Mutanho, a male Zimbabwe national from Chivi area village, succumbed to injuries sustained from mob justice after he was said to have been found in possession of stolen copper cables,” said Chaurura.

Two of the other victims, who were at first said by police to have been burnt beyond recognition, have now been identified as Johan Munago and Amon Munago, both from Chivi. The third victim is yet to be identified. More than 200 people fled into the bush after the attacks on 18 September.

Chaurura said the dead had not yet been repatriated because of forensic investigations.

Dockets relating to the cases were opened at Waterval Police Station but no-one has been arrested.

Shonhai is living from piece jobs and says he cannot afford to repatriate his relatives.

The Zimbabwean consulate says it has offered repatriation to families affected by the violence, but has no budget for repatriation of the dead.

Chaurura said the consulate would keep working with local authorities to ensure the protection of Zimbabwean nationals and temporary shelter for the displaced families. She said the consulate had identified 113 Zimbabweans affected by the violence but some had not been counted as they were still in hiding.

Herman Moyana from the Red Cross said the organisation was waiting for donations so as to be able to continue provide food to the displaced families. Meanwhile psychosocial services had been made available, he said.

Next:  Changing the way a town views its car guards

Previous:  Limpopo families raise R200,000 to drill their own boreholes