“My son died for something he knew nothing about” says father 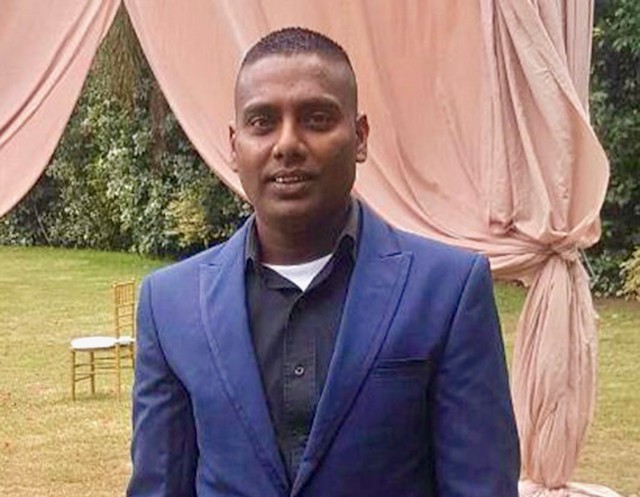 The family of Regan Naidoo (pictured above), who died in police custody in 2018 after he was allegedly assaulted by police, say they hope to finally hear the truth. Photo supplied.

For the past three years, Timothy Naidoo hasn’t stopped seeking justice for his son’s death. Regan Naidoo, 32, died after he was allegedly assaulted by police officers at the Chatsworth police station in Durban. He was being held for questioning on suspicion of buying a firearm used in a local murder.

Regan was picked up at a garage on Montford Drive, Chatsworth, together with two other men, Ahmed Dawood and Fardeen Carrim, on 28 August 2018 by SAPS police officers attached to the Durban K9 Unit, Chatsworth Trio Crime, Durban Flying Squad and Provincial Organised Crime Units.

In a statement last week, Independent Police Investigative Directorate (IPID) spokesperson Grace Langa said, “During questioning, the deceased and the two other Indian males were assaulted by members of the SAPS. They were then taken to the SAPS Chatsworth for further questioning.”

Langa said Regan collapsed at the police station in the early hours of the next day at about 3am and was taken to RK Hospital in a police vehicle. “On arrival he was declared dead,” Langa said.

Langa said the Director of Public Prosecutions issued an instruction last week that the police officers should be arrested for the alleged murder.

They face charges of torture, attempted murder, murder, kidnapping and defeating the administration of justice. They were granted bail of R3,000 each and they are due back in court next month.

Regan’s father, Timothy, told GroundUp he lodged a complaint with IPID and never gave up. “I have been calling IPID every week looking for an update on the case because I want to find out what really happened that night.”

“My wife hasn’t stopped crying after she read about the arrest of the officers involved in my son’s death. It has opened old wounds that were starting to heal,” said Naidoo.

“He was a good son, husband and father. Those officers took him to his house and assaulted him in front of his then five-year-old daughter and six-month pregnant wife. I want the people who did this to be punished,” said Timothy.

He said it has been a very difficult time for his family. “My grandson is growing up without even meeting his father because of them,” he said.

“I am happy that there is some progress in the case and that we will finally find closure. My son died because he was assaulted not because he choked on a pie like I was told. I was at the police station that night when he was questioned, wanting to see him, but I wasn’t allowed to see him.

“When I came back in the morning, I was told he had difficulty breathing and he was rushed to the hospital where he later died. My son was healthy and had no difficulty breathing. He died because of the multiple fractures he sustained during the assault,” Timothy said.

Regan was the breadwinner at home.

“All we want is justice to know the truth about what transpired. Up to today, the gun they were looking for hasn’t been found, so my son died for something he knew nothing about. He was loved by everybody and he will forever be missed by all those who loved him,” said Timothy.

Langa confirmed to GroundUp that a number of further arrests will be carried out this week including a station commander.

An analysis of IPID case data by investigative journalism unit Viewfinder, which is a partner to the GroundUp newsroom, revealed that police in Chatsworth have been implicated in at least fourteen killings, 46 assaults, six rapes and five torture cases between April 2012 and March 2020. During that period, according to this database, no police officers were disciplined or criminally convicted for such crimes. A further 12 people were also reported to have died in police custody at Chatsworth during the period under review. Viewfinder’s investigation has uncovered some reasons why police officers often escape accountability when implicated in violent crimes in South Africa.

Next:  Mamelodi flood victims want City to honour promise to relocate them