300 people have been living in shipping containers for 10 years 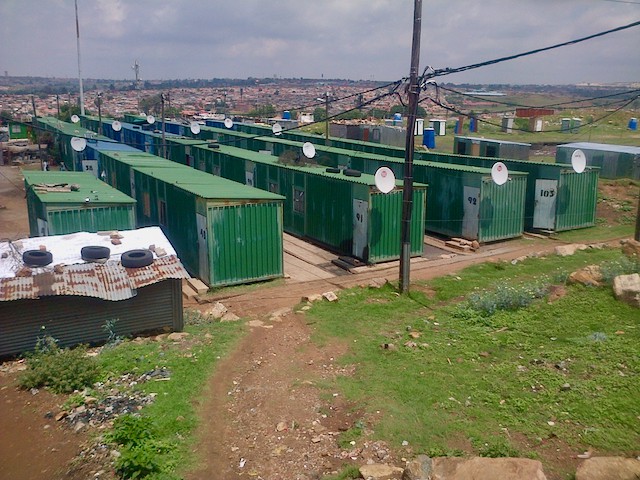 “My faith of staying in a decent house has faded away along the years of living here in the container,” says Lindiwe Malinga, one of 300 residents in Dube hostel, pictured above. Photos: Mosa Damane

“They left us stranded in containers that were supposed to be a temporary place for us to stay in 2010 and now it is 2020 and we are still waiting [for our houses],” says Lindiwe Malinga, a resident from Dube hostel, Soweto.

Green shipping containers are lined up in neat rows mixed with shacks, home to some 300 people after their original two-room units were demolished to make way for new homes. Just across the road are the duplexes and units they were meant to move into, but these were never allocated.

“Every year there are promises,” says Malinga.

In the meantime the houses have been stripped by vandals and thieves and are beyond repair.

“There are no rooftops and wires; windows, taps, and doors were stolen from the new units. I do not understand why they moved us here and demolished our homes,” says Mkhulu Sikhakhane.

“I was excited to see construction sites [in 2010],” she says. “And I had hoped that I will finally have my own place. But here I am ageing and still waiting for my house.”

The containers are one long room, which some have divided up with curtains into a kitchen, bedroom, and sitting and dining room.

Mbali Mtshali says residents use the bush as a toilet because the communal toilets are filthy and smell unbearably. “Two weeks ago they sent new toilets, but they are starting to rot because of the number of people using them,” she said.

“My mother passed on while still waiting for our new house,” she says.

Several residents said they live in fear of their lives as the area is extremely violent and crime ridden.

According to Castro Ngobese, spokesperson for MEC of Human Settlements and Urban Planning, in 2010 the Community Residential Units Programme set about converting or demolishing hostels to be replaced with family units at an affordable rent.

More than 400 units in multi storeys were built for Dube hostel residents, but people refused to pay rent. The units were then vandalised.

“The Department of Human Settlement remains committed to changing the lives of the residents of Dube hostel living in containers and all hostels in Gauteng,” said Castro. 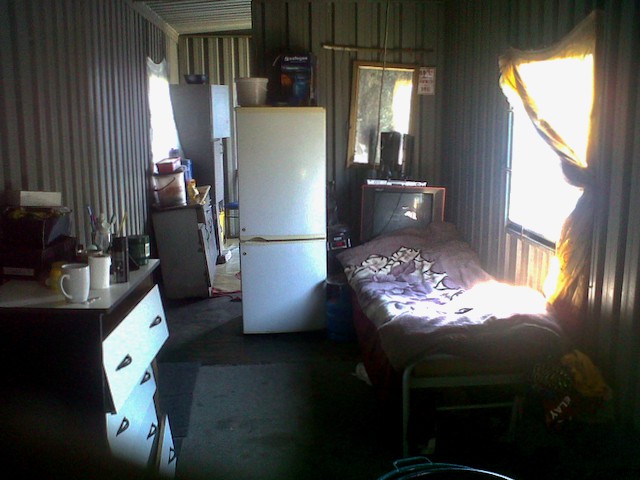 Inside one of the containers. “I would like to see the government rebuild the houses and allocate people as promised 10 years ago,” said Mbali Mtshali, a resident in the Dube hostel containers.

Next:  Gauteng Bill infringes on rights of foreign nationals