Khayelitsha Commission of Inquiry into Policing

In 2014, Judge Kate O'Regan and Advocate Vusi Pikoli chaired a commission of inquiry into policing in Khayelitsha. GroundUp covered the inquiry in depth. Here are our reports as well as contributed opinion pieces from the inquiry. 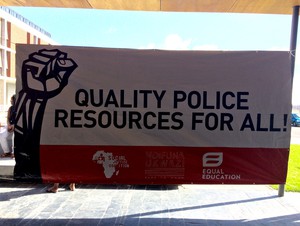 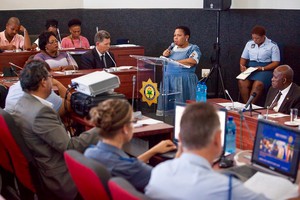 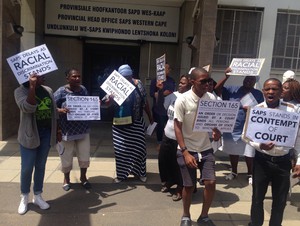 Picket in Cape Town over allocation of police resources 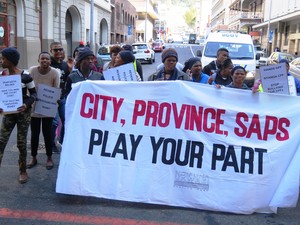 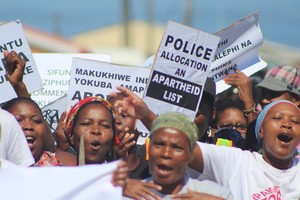 Why we are taking the Minister of Police to court 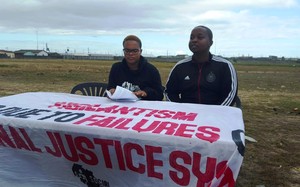 Demand equitable allocation of resources between rich and poor areas 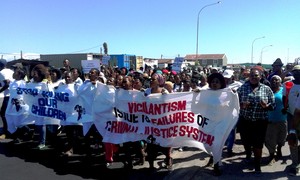 SJC march for justice in Khayelitsha 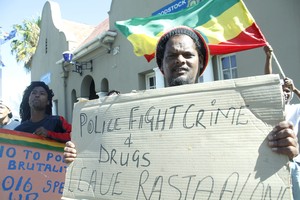 Eduard Grebe’s allegations against police have not been investigated Police Minister Nathi Nhleko addressed over a thousand people at an Imbizo in the Khayelitsha Stadium on Saturday. He accused the Khayelitsha Commission of Inquiry into Policing of being politically motivated. Earlier at the same meeting, ANC Western Cape head Marius Fransman, made the same accusation. Police Commissioner Riah Phiyega has “denied, disputed or redirected to the [Western Cape Provincial Government and City of Cape Town]” every recommendation of the O’Regan Commission of Inquiry into allegations of police inefficiency in Khayelitsha. The police, civil society and Khayelitsha community activists are beginning to work together to give effect to the commission of inquiry into policing's recommendations. Here's an update on progress so far, and plans for next year. Police: the facts behind the Commissioner’s “good story”

Parliament’s Portfolio Committee on Policing should ask police management some tough questions, writes Zackie Achmat in the second in a series of articles on policing. According to a report by the Khayelitsha Commission of Inquiry released in August, the crime statistics for the three police stations in Khayelitsha when combined, record the highest number of violent crimes in the country year on year. The national crime statistics were released on Friday in Pretoria and they show that there has been a decrease in contact crimes (such as murder, sexual crimes, assault and robbery) from last year in Khayelitsha. The cell phone numbers of Khayelitsha's top cops will be posted in newspapers this week in a bid to increase the responsiveness of the police in the area. In a bid to tackle the many police “inefficiencies” highlighted by scores of residents in the Khayelitsha commission of inquiry report, community organisations plan to host a joint crime summit with police. The conclusion of the Khayelitsha Commission has left many people asking “what now?” writes Ayanda Nyoka.