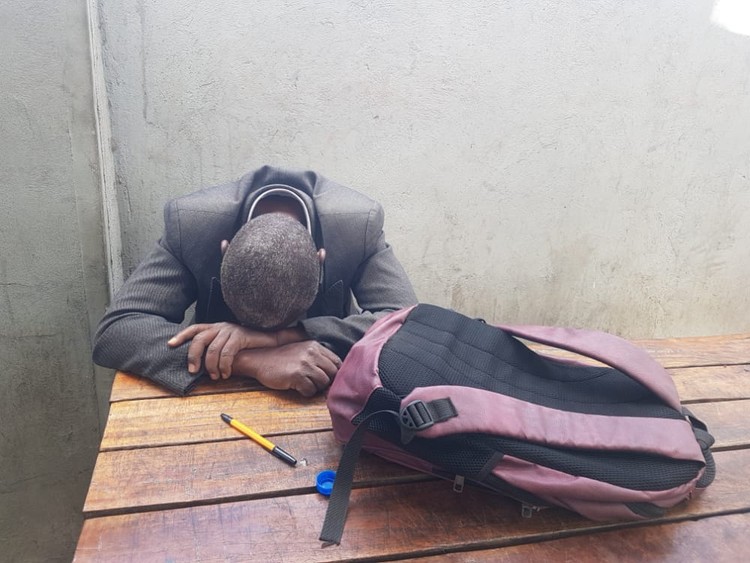 A teacher living in Zimbabwe says he made more money working as a citrus farm labourer in Gqeberha, Eastern Cape than he does teaching mathematics in his hometown.

Nhamburo (not his real name) from Norton, like many other professionals in Zimbabwe, is discouraged from seeking work in South Africa because of the recent spate of xenephobic attacks and uncertainty over the future of the Zimbabwean Exemption Permit (ZEP).

Nhamburo teaches form four and six, equivalent to South Africa’s grades 10 and 12, at a government school in a Harare township. He has a degree in Mathematics from University of Zimbabwe and has been teaching since the early 90s.

He earns a monthly income equivalent to R3,600. A full-time farm worker in the Eastern Cape should be earning over R4,000 a month.

Nhamburo is dejected. “My salary is barely enough to buy food for my family. I spent a lot of money on upskilling myself by doing various courses. But I’m struggling to raise my four children.”

According to Nhamburo, many teachers are forced to charge for extra lessons in order to make a living wage. He currently charges the equivalent of about R500 per month for extra maths lessons to a few learners. He says teachers have previously gone on strike to demand higher wages. “It’s discouraging that as teachers we often have to do our job while hungry and disgruntled.”

Nhamburo says he often relies on getting to work on the school bus and learners sharing their lunch with him in exchange for extra lessons. “This is not good and is very unethical but there is nothing I can do,” he says.

Nhamburo says he and other teachers who helped mark the national exam papers last year are yet to be paid. “I used my own money for transport and food when I was marking the 2021 Ordinary and Advanced Levels examinations. The government owes me 38,000 Zimbabwe Dollars (about R2,050) for that. I’m also owed US$470 (about R8,200) in allowances for taking part in this year’s census program. I have given up after knocking on the doors of officials demanding my money,” says Nhamburo.

In 2009, he spent four months working on a citrus farm near Gqeberha and says he earned far more during this period than the income of a teacher in Zimbabwe at the time. He says he only returned to Zimbabwe after failing to obtain a work permit. He says many people were hopeful when the political leadership changed and because they would then be paid in US dollars.

“It is a fact that life in Zimbabwe is deteriorating. Prices of basic commodities are increasing and only a few people can afford them. Many people used to flee to neighbouring countries like South Africa and Botswana but these countries have tightened their work visa requirements,” he says.

Acting National Secretary General of the Zimbabwe Teachers Association (ZIMTA), Goodwill Taderera said the average income for most public schools is 36,000 Zimbabwean Dollars (about R1,900) in addition to an allowance of US$175 (about R3,000).

“It is unfair for our members because goods and services are very expensive when you are [converting Zimbabwean currency to the] US dollar. This leads teachers to leave classes and go onto the streets to convert their salaries into the US dollar,” he said. [This is because the currency is so bad that if they wait any longer the Zimbabwean money they receive will devalue if they wait to exchange it.]

Taderera said ZIMTA has programs to mitigate the suffering of its members but there was still a long battle ahead. “We established the ZIMTA Provident Fund for teachers to access loans and payments upon retirement. We also assist with legal representation,” said Taderera.

Meanwhile for teachers like Nhamburo, the prospects of leaving Zimbabwe are slim. He says though he recently had plans to apply for a job in South Africa, he was discouraged by the current wave of xenophobia. He says the United Kingdom has become more enticing for relocation but he cannot afford to move now.

Next:  Trolley assistants at malls pay a “fee” to be allowed to collect tips from shoppers