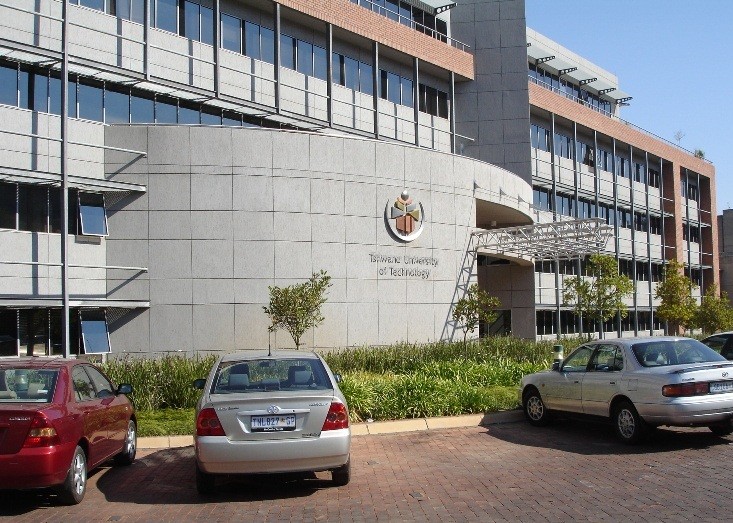 A woman desperately wants to study architecture at Tshwane University of Technology but because she is stateless, her registration was withdrawn. Photo by Wikipedia user DanielAndrewC (CC BY-SA 3.0)

She says despite having lived in South Africa since she was four, her mother and siblings are yet to be linked to her father’s legal refugee documents.

In May, Bizimana’s dream of one day becoming an architect was crushed when her registration at Tshwane University of Technology (TUT) was withdrawn pending her getting documents from Home Affairs.

When Bizimana arrived in the country with her mother and siblings — to join her father — they were initially given asylum documents. But Home Affairs retracted the documents in 2016 and demanded they leave within 48 hours. They are currently living in Gauteng undocumented.

Earlier this year, Lawyers for Human Rights (LHR) wrote a letter to TUT explaining in detail Bizimana’s battle over several years to get the proper documents from Home Affairs. This helped secure her a spot to study Architecture, but these efforts were short-lived. “The University says the letter from the LHR does not serve as an identity document,” says Bizimana.

“All l want is to better me and my family’s future,” she says. “I am tired and drained. I just want to get my documents.”

Head of the Statelessness Project at the LHR’s Refugee and Migrant Rights Programme, Thandeka Chauke, explained that there are several barriers for immigrant children trying to access legal documentation. These include maladministration, corruption, discriminatory practices and poor service delivery at the Department of Home Affairs.

“This is compounded by the collapsed refugee protection system and the very limited documentation options for migrants, including migrant children under the immigration laws,” she said.

Chauke said children are documented based on their parents’ status which is practically impossible in instances where the parents themselves are undocumented, stateless, or where children have been abandoned or orphaned.

She suggested that the department adopt a special dispensation for undocumented children so they can at least access higher education and employment opportunities.

“The issue of documentation is linked to human dignity and belonging. To have a meaningful existence in South Africa, a birth certificate, an identity document, passport or a permit is crucial to access basic human rights like education, formal employment, social assistance and healthcare,” Chauke said.

We also spoke to 18-year-old Basil who has lived in Tsakane since he was three and regards the country as his only home.

Basil’s mother, who is a single parent, said she was able to find him placement at a primary school in Brakpan using his birth certificate from Zimbabwe. For high school, she submitted a signed affidavit explaining their situation.

In 2009, Basil’s mother applied for her own asylum permit at the Pretoria Refugee Centre. She made several trips back to the office, which is about 100km away, to get her son added to her permit but nothing came of it.

Basil told GroundUp that he resorted to writing his final matric exams with a fraudulent asylum permit after his mother was not able to formally link him to her asylum permit.

Two years after passing matric, Basil still cannot enrol in tertiary education or apply for most available jobs without proper documentation. Basil now survives on piece jobs to raise funds so he can continue his pursuit to get documented.

GroundUp first contacted Home Affairs spokesmen David Hlabane and Siya Qoza on 29 April. We followed up with Hlabane and Qoza via email and WhatApp several times over the past month. On 7 June, Qoza again promised to respond but never did. We also contacted Eddie Mathonsi of Parliament’s Committee on Home Affairs on 23 May who just referred our questions back to Home Affairs.

Next:  Bad driving, gang violence and a hostage situation: why there’s no water in Smartie Town