“We’re forgotten here”: rubbish is piling up in the little settlement of Riemvasmaak 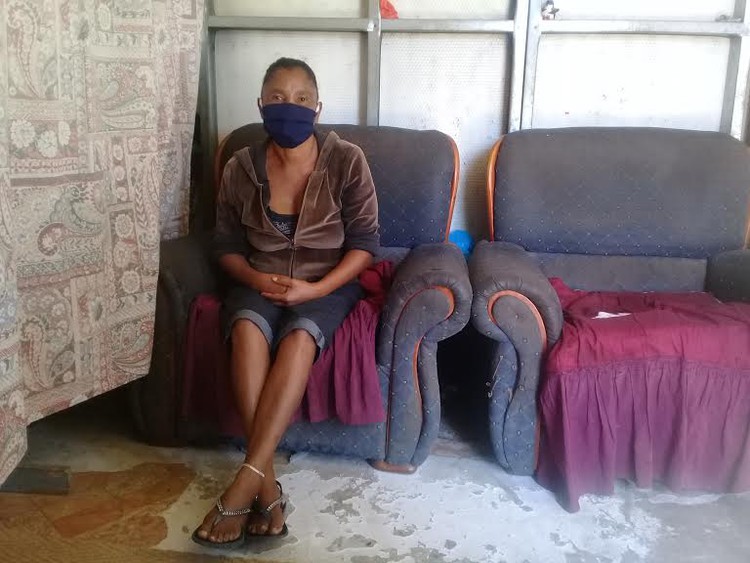 Sandra Pietersen, 43, has lived in Riemvasmaak all her life. “All we are asking for are bins. People are getting sick from living with this waste,” she says. Photo: Marecia Damons

“We’re forgotten here at Riemvasmaak … We’ve just been thrown away,” says Sandra Pietersen. Rubbish is piling up in the informal settlement where she lives at the foot of Sir Lowry’s Pass, and residents say the City of Cape Town does not provide adequate rubbish collection.

Riemvasmaak was an existing informal settlement on part of where the Sir Lowry’s Pass Village Incremental Development Area (IDA) was built. In 2012, people living in flood-prone conditions in Riemvasmaak and surrounding areas, and with no access to services, were relocated to the IDA.

There are approximately 1,131 homes in the settlement.

Households are not supplied with wheelie bins. The City of Cape Town says bins are not supplied to residents in informal settlements “due to challenges regarding access for solid waste vehicles in these areas.”

“The City does however provide a weekly collection service for bagged waste in informal settlements, as well as daily area cleansing,” said Mayco Member for Water and Waste Xanthea Limberg in response to a question from GroundUp.

Limberg said the City was looking into supplying waste containers “that can function effectively in informal settlements”.

But residents say the rubbish collection service is inadequate. Households discard their waste in any open spaces, leaving a sharp stench throughout the settlement.

An open field next to the Sir Lowry’s Pass main road is one of the dumping areas. Another is near the back of the settlement behind a few houses.

When GroundUp visited Riemvasmaak, most of the refuse bags had been torn apart, leaving waste scattered across the settlement.

Pietersen says residents sometimes resort to burning the rubbish when it is not collected. “We have problems with rats here also. You’ll need to get a cat to keep these rats out. During the summer there isn’t a single house without cockroaches and rats because of this waste.”

Long-time resident Melvin Ambrose says the municipality once provided a container at the entrance of Riemvasmaak for residents to dispose of their waste, but it was moved far to the back of the settlement during a road upgrade. It is now directly across from his home.

On Friday 2 April, Ambrose says, he woke up to find the container up in flames.

“We didn’t want this thing to be put here. It’s right across from my house and it stinks. When it burned out, so many rats ran out from that container. “

Ambrose says the lack of waste facilities has also led residents to use the area behind his home as another dumping site.

“Behind my house is an untreated canal and the water stinks. People will throw anything in there. It smells so bad here, but where do they [the City] expect people to throw their rubbish if they have no bins?” 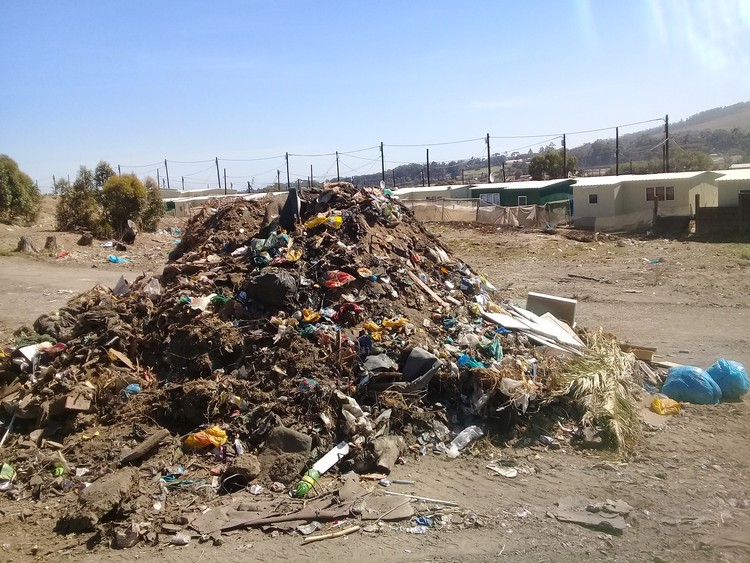 Ward 84 Councillor Stuart Pringle (DA) said he had asked for better refuse services for the area, including the provision of wheelie bins. “This is being investigated by the City,” he said. He said the City was also investigating the installation of mast lights at the request of residents.

Pringle said workshops were running in Sir Lowry’s Pass Village as part of the City’s Area Economic Development Programme, where residents are encouraged to engage in recycling programmes and create their own small businesses.

“In this way, the area can be kept cleaner and … economic activity can be stimulated,” he said.

But many residents are sceptical. Maria Botha has lived in Riemvasmaak for 21 years. Conditions in the area have not improved since she moved in, she says.