About R105 million has been spent, R43 million of it on water tankers 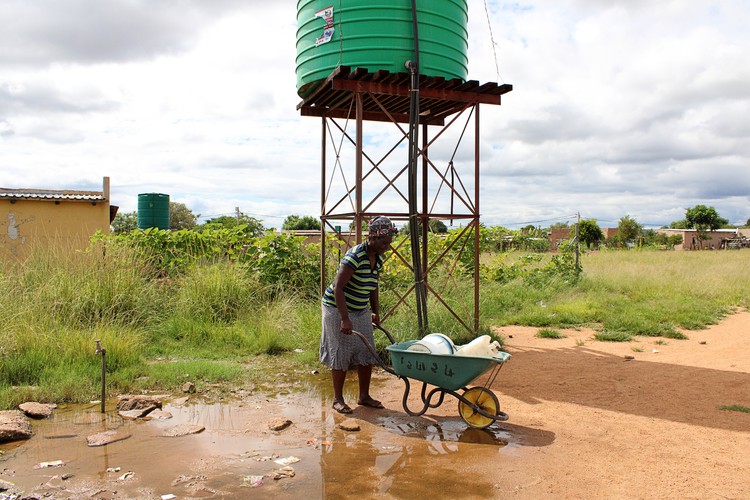 Maki Mlauza makes three or four trips per day to collect water from this municipal borehole tank in Tambo village. When there is no water, she says, villagers have to buy water at R3 for 5 litres. Photos: Masego Mafata

Villagers in Moutse, Limpopo have not had consistent running water for years. They rely on a handful of municipal boreholes and, those who can, buy water from private water tankers and boreholes in people’s yards.

“We have three boreholes but only one works. There are no rivers or dams in Driefontein,” says Dan Searame, from Driefontein, in Moutse West. Some villagers have resorted to fetching water from the quarries, where animals also drink.

Moutse is home to members of the Ndlovu Youth Choir who made international headlines as finalists on “America’s Got Talent” in 2019. The area has about 40 villages and borders Limpopo and Mpumalanga.

Sekhukhune District Municipality, which is responsible for water services in Moutse, said water scarcity has been a challenge for villagers for many years due to the drought. The municipality said that in 2019 water shortages were aggravated when the Mkhombo Dam — a major water source for the area — started silting up.

Municipal spokesperson Moloko Moloto told GroundUp that R43 million of the pledged funds was spent on getting 20 water tankers meant to fill the villagers’ tanks. Asked how 20 tankers could cost R43 million, he said the sum included operations and maintenance of the tankers for four months.

Sisulu also appointed Lepelle Northern Water to drill new boreholes and refurbish the existing ones. Moloto said at least R18 million had to date been spent on refurbishing nine boreholes in Moutse. 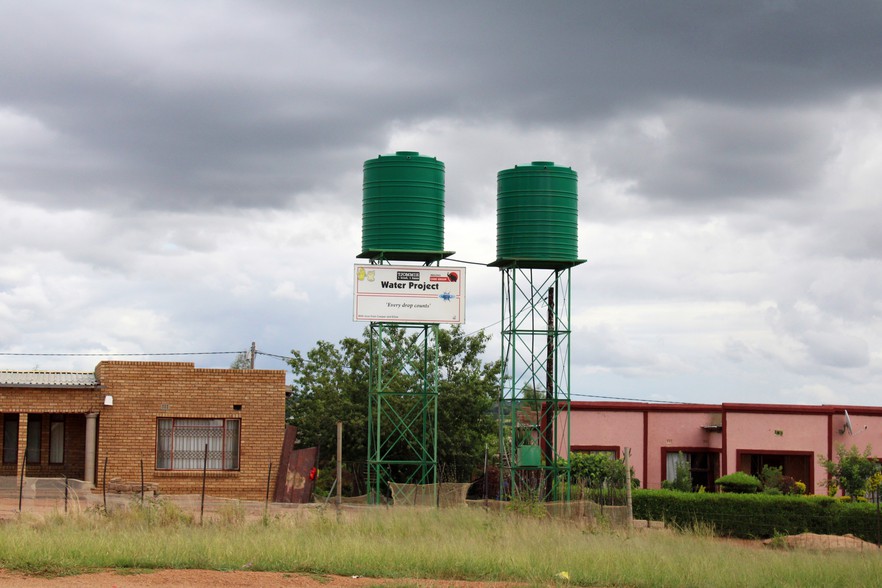 The Ndlovu Care Group, a non-govermental organisation working in Moutse, erected water tanks supplied by boreholes which many villagers use. Villagers from Phooko and parts of Tambo have to cross a busy road to reach this tank.

But villagers say very little has been done to help them access clean running water. They say the water tanks are not filled regularly and were last refilled in September 2021.

Moloto blamed this on a dispute with the community over the employment of truck drivers. “Efforts are now underway to amicably resolve this,” he said.

“Villages are still without consistent water supply,” said Mafeno Phora from Ntwane village near Dennilton. Phora, who is a member of the Ntwane Community Development Forum, said they wrote letters to the Minister’s office, asking that she not appoint Lepelle and Sekhukhune as administrators of the funds because of allegations of fraud and corruption against both parties.

“We felt the best possible and sustainable way to provide water was through boreholes instead of using trucks and tanks,” Phora said.

According to reports, Lepelle has been the subject of an investigation by the Special Investigation Unit (SIU) for alleged corruption relating to an incomplete bulk water infrastructure project in and around Giyani.

The Sekhukhune District Municipality has also been the subject of an SIU investigation, including two recommendations from the investigation to the National Prosecuting Authority (NPA) and referrals for disciplinary action against five officials made by the SIU in 2020.

Lepelle’s spokesperson Yolande Nel said 1,690 tanks had been installed in Moutse. “The tanks are not installed per household but at points where they can be accessed by everyone,” she said. Nel said they hoped to deliver outstanding Jojo tanks by the end of March.

Residents in Driefontein, Moutse West say they pay between R200 and R300 per week for about 250 litres of water.

“Many people in our community don’t work and cannot afford to buy water. We are losing sleep over this water issue,” said Solly Rabalao from the Driefontein Tribal Authority.

Rabalao said they were relieved when 26 tanks in the community were filled with water after Sisulu’s intervention, but this quickly dwindled and the water trucks stopped coming. Most of the 2,000 villagers rely on one borehole for water. 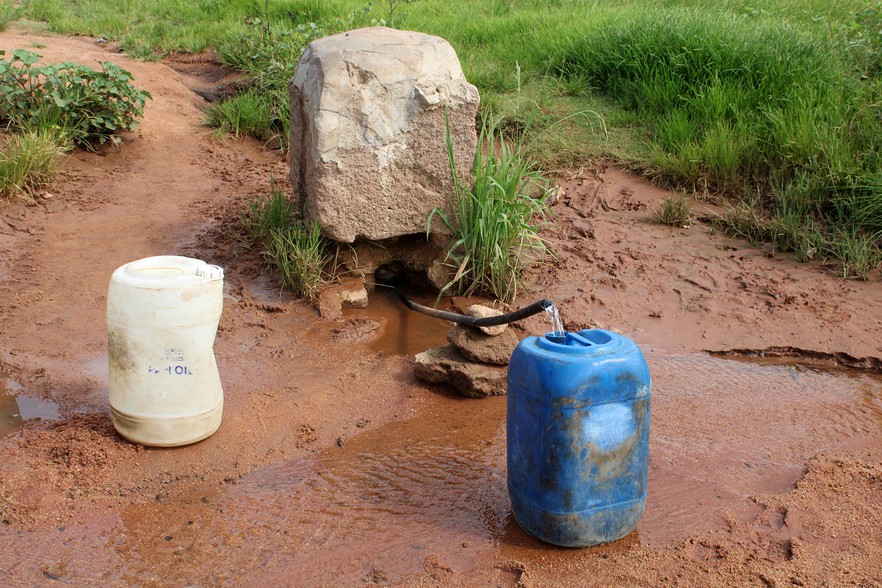 Some villagers from central Moutse villages rely on this water source. There is no mechanism to stop the water from running. It is constantly flowing, contributing to the Sekhukhune District Municipality’s water losses.

According to the IDP, nearly 80% of households in the district are defined as “indigent”, earning less than R1,500 a month. These households are supposed to get free basic services like water.

About 40 villages are expected to benefit from the R700 million Moutse West and East Bulk Water Supply Scheme launched in 2011. Moloto said that project had been delayed by a dispute between the municipality and contractors. He said work had resumed after a settlement but stopped again because of concerns raised by local business forums. Talks are ongoing, he said. 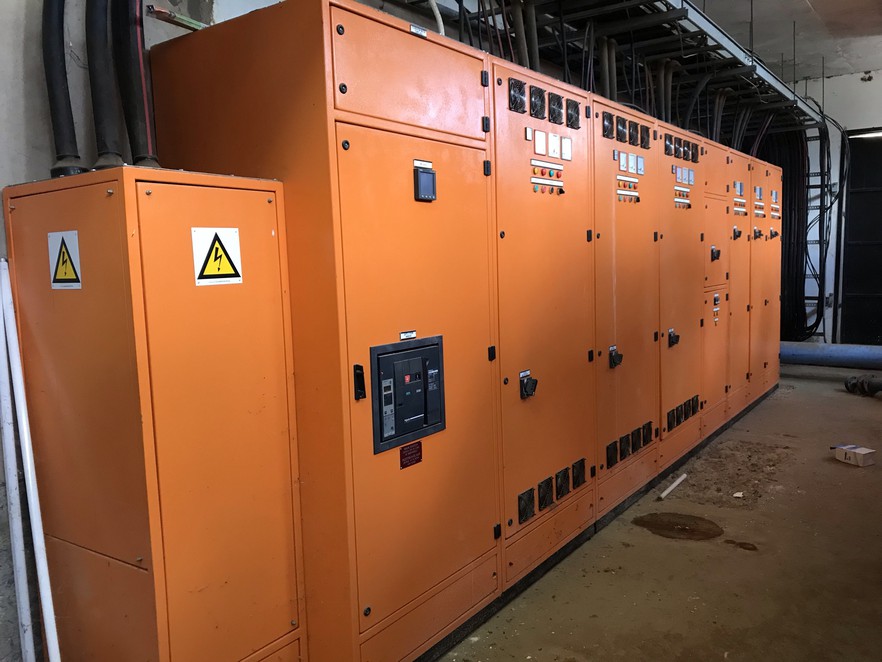 According to an employee at the Groblersdal Water Treatment Works, which is part of the R700 million Moutse West and East Bulk Water Supply Scheme, this equipment is meant to pump water to villages in Moutse. The employee, who is also a Moutse resident, says the equipment has never been switched on since it was installed more than three years ago.

Ntwane Community Development Forum member Noto Madisa said they had written to the SIU on 8 September 2020, and the Auditor General and the Standing Committee on Public Accounts (SCOPA) in Limpopo, requesting investigations into millions of rands allocated to water projects in the area. He said they also approached the current Water and Sanitation Minister Senzo Mchunu for assistance, but are yet to receive responses.

GroundUp sent questions to the spokesperson for the Department of Water and Sanitation Sputnik Ratau, and Kamogelo Mogotsi, Minister Mchunu’s spokesperson, on 9 February. In spite of follow-up phone calls our questions had not been answered by the time of publication.

Next:  UCT students protest against registrations being blocked because of outstanding fees

Previous:  Traders are selling goods on the railway tracks in Mamelodi