Vigils and protests across Cape Town against violence against women

Small vigils and protests against violence against women, and to honour Uyinene Mrwetyana were held across Cape Town on Friday. Many people wore black to symbolise their solidarity with the massive public response to Mrwetyana’s murder. 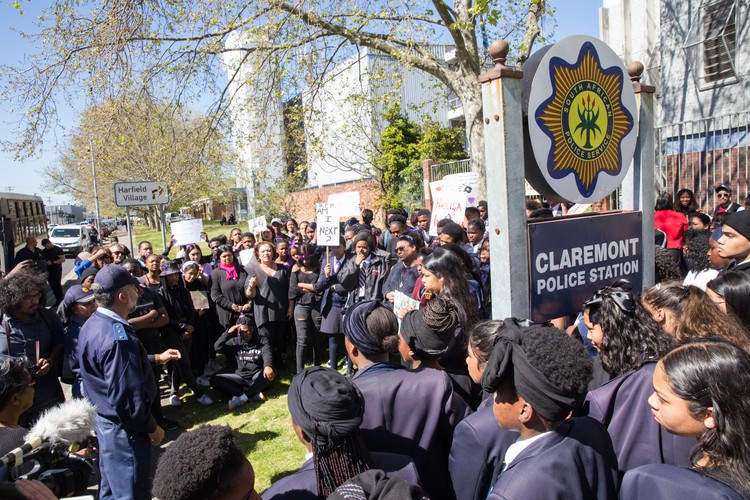 Over a hundred learners from various high schools, including Livingstone, Claremont and Groote Schuur, held a picket outside the Lansdowne police station. The station is located next to the post office where Uyinene Mrwetyana was allegedly murdered.

“We shouldn’t have to fear our brothers, our fathers, our uncles, our neighbours. We shouldn’t have to fear the man at the post office,” said Amahle Ncaza, a grade 12 Livingstone High learner who joined the protest. She said that parents shouldn’t be asking girls to dress appropriately. Instead they should teach boys how to behave and treat girls, she said. A memorandum was handed over to a police officer. 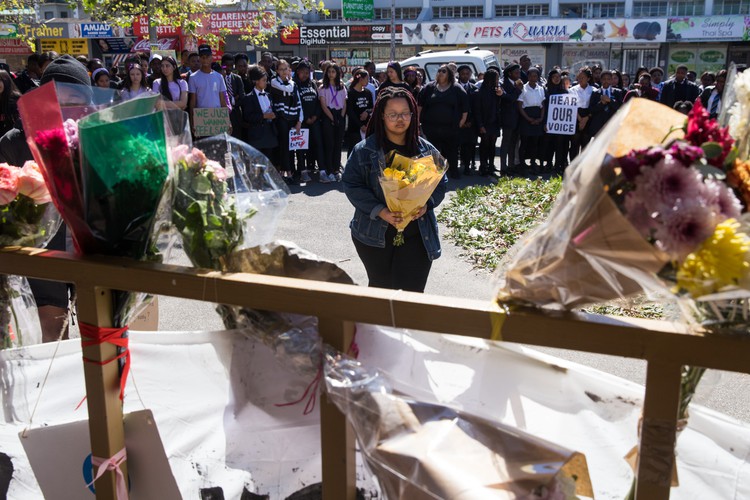 The learners then made their way to the post office where a makeshift memorial filled with flowers and messages has been put up. In the photo above, 17-year-old Tamzyn Freeks of St Joseph’s Marist College is laying down flowers at the memorial site.