City of Cape Town says only unoccupied shacks were demolished, but residents disagree

Fifteen-year-old Awonke Tshemese says his family’s shack has been demolished so many times that he and his younger brothers have become good at rebuilding it.

When GroundUp visited the Doornbach informal settlement in Dunoon on Monday, Awonke and his brothers, Simbonile, 11, and Odwa, 13, were armed with shovels and hammers rebuilding the one-room shack they shared with their parents. Their father had gone to work.

Theirs was one of scores of shacks demolished by the City of Cape Town the previous day.

Mayco member for Human Settlements Malusi Booi told GroundUp the shacks were “being erected and were all incomplete and unoccupied” when they were knocked down.

But Awonke Tshemese told GroundUp his father had been in their shack at the time.

The brothers said the City’s law enforcement officers went away with their school text books and school uniforms after demolishing their home.

“They removed our dad from inside and started taking the shack down,” said Awonke, straightening a nail with a hammer.

The brothers said they had learned how to rebuild their shack because it had been demolished several times.

On 25 April, 110 shacks were demolished after a court order.

In May the residents clubbed together and hired advocate Thulasizwe Twalo to represent them.

Angel Zulu, 36, a mother of three children, of whom the youngest is 15 weeks old, said she had been pushed out of her home by law enforcement officials.

GroundUp found her hanging washed clothes on a wire. She said she had just returned from getting medication from the pharmacy for her youngest child on Sunday when she was told by other residents that their homes were being demolished. She went quickly to her home but law enforcement officials came and pushed her out before demolishing her shack, she said. 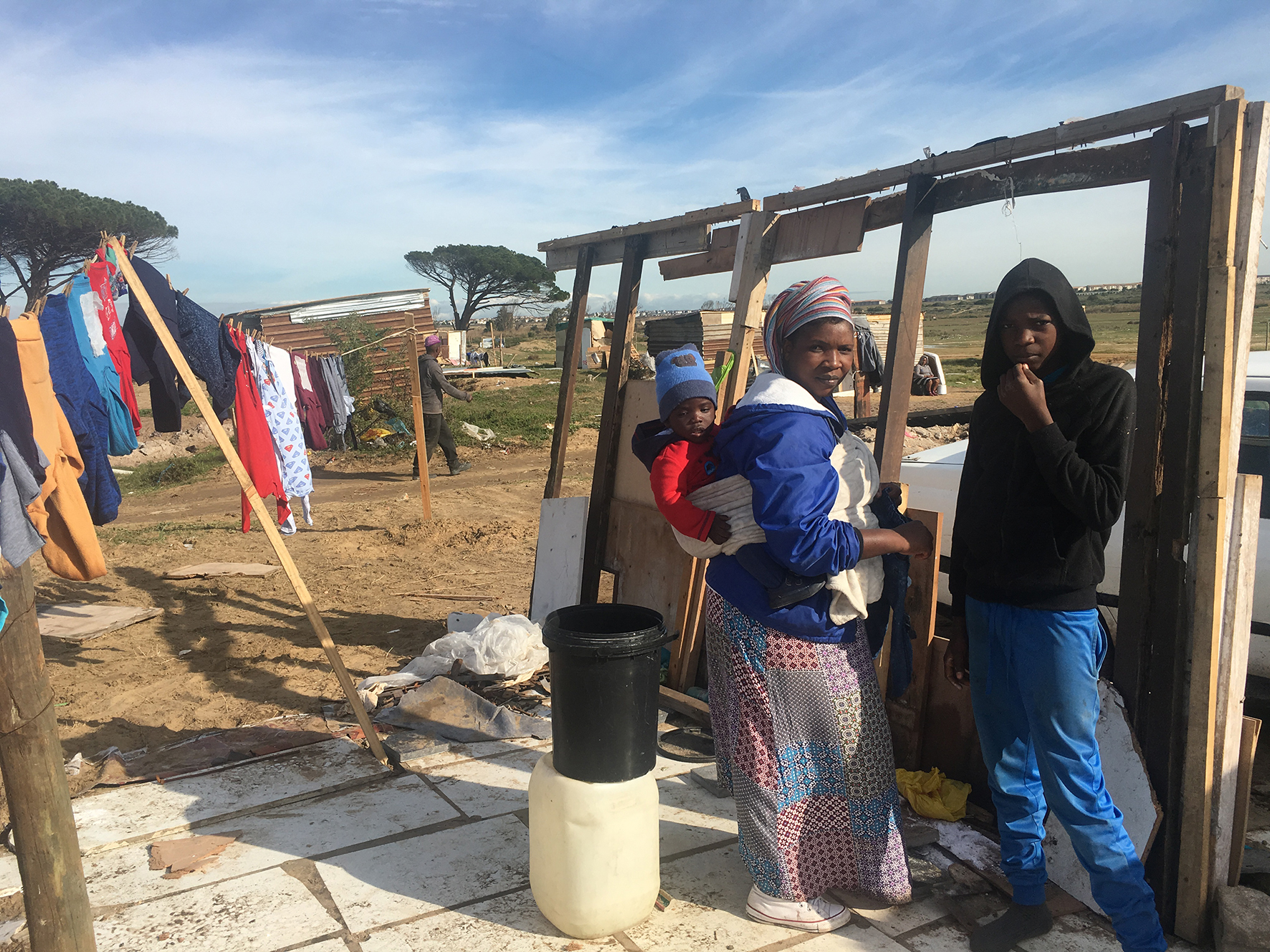 Angel Zulu’s shack was one of those demolished on Sunday. Photo: Peter Luhanga

Zulu works as a domestic worker in Sea Point, but on Monday she could not go to work.

“It’s countless times they have been demolishing our homes. It’s too much money we have been wasting here,” she said, referring to money spent in buying new materials to rebuild.

Regarding the latest demolitions, Booi said the City had received a request from a private landowner to assist in the protection of his land against illegal occupation. Asked if people had been removed from their shacks, he said: “No evictions were carried out. The City complies at all times with the Prevention of Illegal Eviction From and Unlawful Occupation of Land Act.”

“The illegal occupation of a private land owner’s property was prevented through the execution of an interdict. The structures were in the process of being erected and were all incomplete and unoccupied. There was a large number of structures being erected,” he said.

“When land is invaded, or when attempts are made to occupy land illegally we move backward rather than forward,” he said.

He said the City was mindful of the acute need for housing opportunities across the metro.

“We are making every effort to address this matter and to provide services within a planned and fair manner, wherever possible within the constraints such as available budget, suitable land and community dynamics that are being experienced. The City will continue to protect land from being invaded. Land invasions affect us all,” he said.