Don’t lecture us about “water is life” when we have no water, says activist 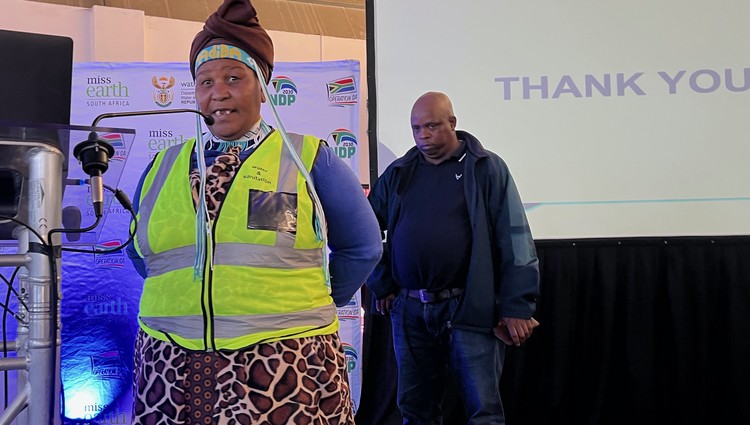 In Siyahlala in Dunoon, families have to cross a highway to relieve themselves in an open field, Thokoza Mxotwa told government officials come to campaign against vandalism of sanitation and water infrastructure. Behind her is community activist Sinethemba Matomela. Photo: Peter Luhanga

As part of an anti-vandalism campaign launched by the national government and the City of Cape Town earlier this year, Deputy Minister of Water and Sanitation Dikeledi Magadzi visited Dunoon on 7 October to speak to residents about the impact of theft and vandalism of water and sanitation infrastructure on essential services.

Matomela said this was in spite of residents’ pleas for basic services.

He listed some examples:

He said the anti-vandalism campaign was welcome, but it was insulting to lecture “about water is life” to people without water.

Thokoza Mxotwa, who has been living in Siyahlala informal settlement for 17 years, told the government officials how people had to cross the busy N7 to relieve themselves in an open field.

Mxotwa said when the sewerage infrastructure servicing the formal areas of Dunoon was blocked, the sewage spilled out and flowed past their shacks. “We are getting sick because of filthy living conditions,” she said. “We plead with the deputy minister to ask the top government structures to address our living conditions. They must look into it.”

Magadzi said the national department was working with the municipality to provide water reticulation. “We want to find out what are their challenges, then we can assist with those.”

She encouraged people to assist the municipality by reporting sewer spills. 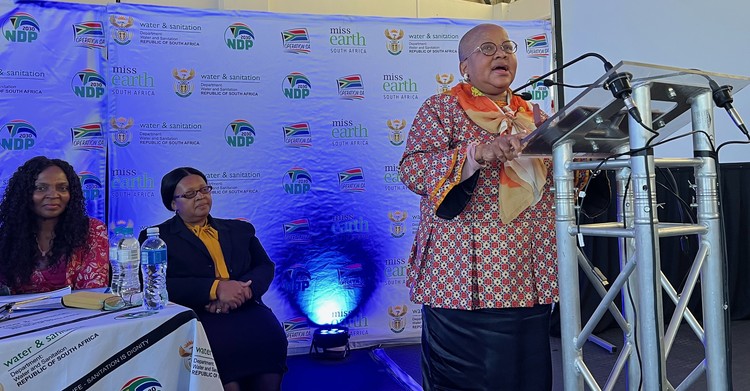 The City of Cape Town’s acting Mayco member for water and sanitation, Siseko Mbandezi, said some homeowners had upgraded their RDP houses into blocks of flats for rent, but did not pay rates for the extra services required on their properties. He said this put a strain on city infrastructure.

Next:  Housing: time to replace the outdated one-plot-one-house model

Previous:  The student activist who gaslit workers and cost them their jobs