Theatre industry devastated by pandemic, but the show must go on, they say 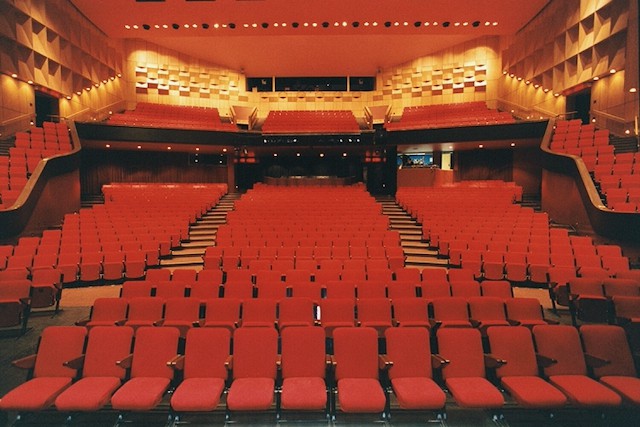 The Mandela auditorium, which can seat 1,069, is the biggest venue at the Joburg Theatre. According to Ntombi Mashaba, the marketing manager, her team has had to find ways to keep the theatre’s brand alive, despite having empty seats and stages during lockdown. Photo: Supplied by Justine Lipson

When the first lockdown was announced in March last year, theatres across the country went dark. A number of theatres have not reopened. Even before lockdown, theatres were struggling for audiences. Now their fate hangs in the balance.

“Gatherings – in the case of theatre audiences – are deemed to be super spreaders of the virus, so festivals have been cancelled, theatres shut and curfews have restricted people going out at night, making theatre unviable,” says playwright and cultural activist Mike van Graan, who is part of the Sustaining Theatre and Dance (STAND) Foundation that started in September, to raise funds for projects that will provide some form of income for people in the sector.

“Artists are independent contractors rather than ‘employees’ so they are excluded from the benefits made available through the UIF, for example. I think there is a general realisation that we are on our own and we need to take care of ourselves,” says Van Graan.

The psychological impact of the closures should not be underestimated, says Van Graan. Unemployed theatre practitioners are struggling to cover basic expenses like rent, school fees and food.

“After a year of lockdowns, the theatre sector has been decimated financially, and inevitably, there are high levels of depression, of physical unwellness and not a few suicides,” he says.

“Even though no-one is to blame for our current predicament, many theatre people are blaming themselves for their struggles; feeling abandoned by our government and thus feeling that they are not worthy of support. They doubt their choice of career and many are actually contemplating leaving the theatre industry,” says Charl-Johan Lingenfelder, a screenwriter, actor and composer.

The National Children’s Theatre in Johannesburg for example has had to reduce staff numbers from 12 to five, according to Daniel Geddes, its artistic director.

“The workshop numbers have dropped from about 1,500 kids to about 50 kids. Theatre offerings have been hosted outside. What we offer at this point is significantly less but we are slowly trying to figure out how to introduce some of the other programmes in various ways,” he said.

“We are trying to figure out how to make it from one month to the next,” says Geddes.

For the first time in 20 years, the pantomime at the Joburg Theatre was cancelled.

“It was heartbreaking because the pantomime is a culmination of the year’s work,” says Justine Lipson, customer services manager at the Joburg Theatre. It was “a bit like saying Christmas is cancelled.”

But she says, “Theatre will survive, whether we’re seeing full houses in six months or a year and a half.”

Although the Department of Sports, Arts and Culture (DSAC) launched the third phase of the Covid-19 Relief Fund to help stabilise the sector, it is clear that many theatre practitioners feel inadequately supported by the department.

“We need a minister who can address the millions of people who fall under the banner of ‘The Creative Economy’, and play an open hand with them,” says Lingenfelder.

Performer Devonecia Swartz points out that the unstructured nature of the theatre industry, and the government’s lack of familiarity with it, makes it difficult for artists to apply for the relief fund.

“There are people who still have not received payment and had proof that they were going to do certain projects, but lost that work because of the pandemic. What’s heartbreaking is, as artists, we are in an industry where we know that the work is sporadic, and you have to get it where you can. This period has shown us how we are not taken care of by government,” she says.

“I didn’t realise that I needed to mourn the fact that I didn’t have an income and the loss of the connection I experience in the theatre. The shared experience between an audience and a cast cannot be recreated virtually,” she says.

Funding allocated to theatres by the DSAC is only for infrastructure at the five state theatres – State Theatre (Pretoria), Market Theatre (in Johannesburg), Playhouse (Durban), PACOFS (Bloemfontein) and ARTSCAPE (Cape Town) – and not to the artists and companies that perform at the theatres.

James Ngcobo, the artistic director at the iconic Market Theatre says that despite being confined to 50% capacity they are keeping the “fires burning” and patrons have been supporting. The theatre recently wrapped up the run of an Afrikaans play, Kamphoer - die verhaal van Susan Nell and its next offering, Passover, directed by Ngcobo, premieres on Wednesday.

“Even with Covid, we refuse to lie down. People have DSTV, Netflix and Showmax in their homes, but what we give to audiences in theatres cannot be replicated elsewhere. That is why we keep fighting to instil a culture of theatre-watching, especially among young people,” says Ngcobo.

While many theatres remain closed, there have been initiatives within the sector to survive. The Tribuo Fund was an initiative of the mainly Afrikaans festival circuit to support artists who have lost income because of cancelled festivals. Other initiatives are The Theatre Benevolent Fund, which raised funds and made food vouchers available for theatre practitioners, and House of Crew, which advocates for support for technicians and stage crew.

Previous:  Prisoners give management an ultimatum