New board suspends him 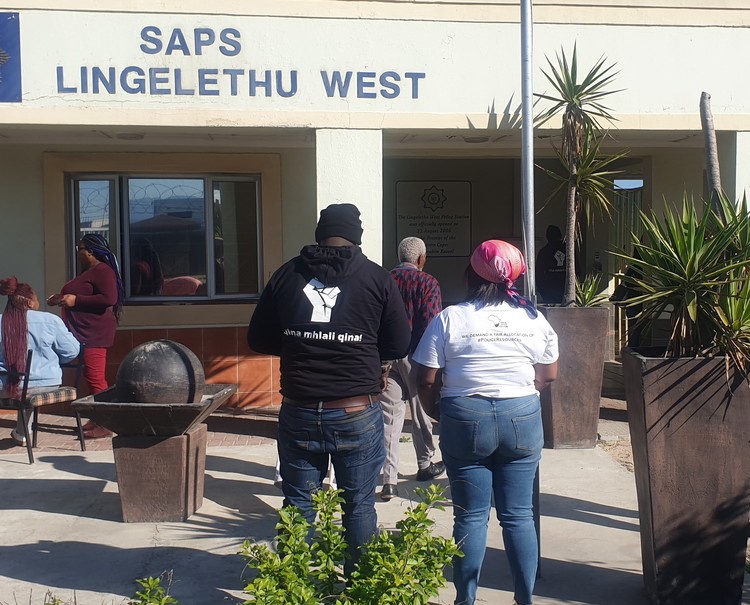 Social Justice Coalition (SJC) staff members have opened a case of theft and fraud against suspended general manager Xolani Klaas on Thursday, at the Lingelethu West police station in Khayelitsha.

GroundUp reported last week on unexplained expenditure on the organisation’s bank card controlled by Klaas, seemingly on personal luxury. Klaas failed to explain the spending after we sent him questions.

SJC office administrator Thandokazi Njamela said, “As SJC staff together with some community members, we’ve come to the Lingelethu police station to lay criminal charges against Xolani Klaas, who is accused of spending SJC’s money for his personal use.”

“Most importantly it is how we feel as staff members, because as the days go by after the article on GroundUp, more and more information is emerging about what this man has done. It is quite scary and at the same time, it angers us because we have been blindsided by this person.”

“One thing we are pushing for, is for him to account for everything and for justice to be served,” said Njamela.

A statement released by the organisation said: “The newly constituted Board of the SJC has taken the decision to suspend Mr Klaas with immediate effect.

“In addition to the suspension, the SJC Board has taken a decision to launch a third party, independent investigation over the allegations levelled against Mr Klaas.”

Asked for comment on the suspension and the case opened against him, Klaas said, “I do not want to make any comment at this point.”

Next:  Why I donate money to Ukraine

Previous:  Shack dwellers call for their settlements to be recognised