Serving hungry people for over 80 years

The Service Dining Rooms provides over 3,500 meals a week

Almost everyday, hundreds of homeless people gather at the Service Dining Rooms for a warm cooked meal and cooldrink. Situated in Cape Town’s city centre, this charity has been feeding people in need for over 80 years. On Thursday, the organisation held its annual Christmas Party. where meals were prepared for over 400 people. 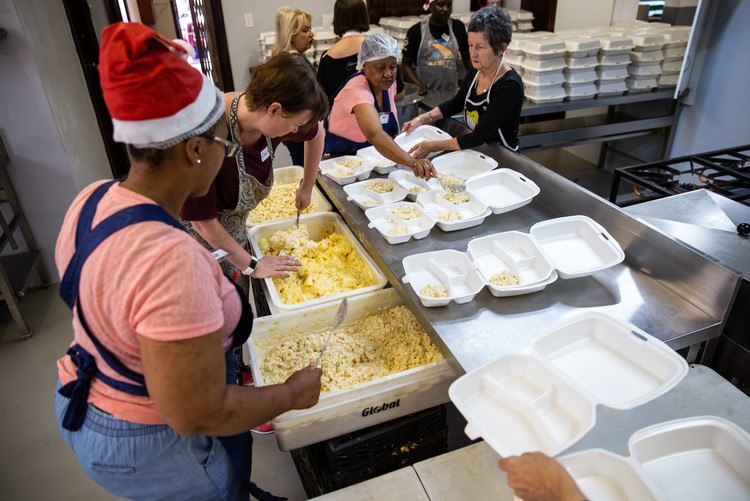 The Service Dining Rooms cook approximately 200 meals six times a week for hungry people who come to the organisation for food. Another 500 meals are prepared daily and delivered to numerous NGOs from Mondays to Friday.

For the annual Christmas party, they had to prepare double the number of meals, and they began preparing from Tuesday. 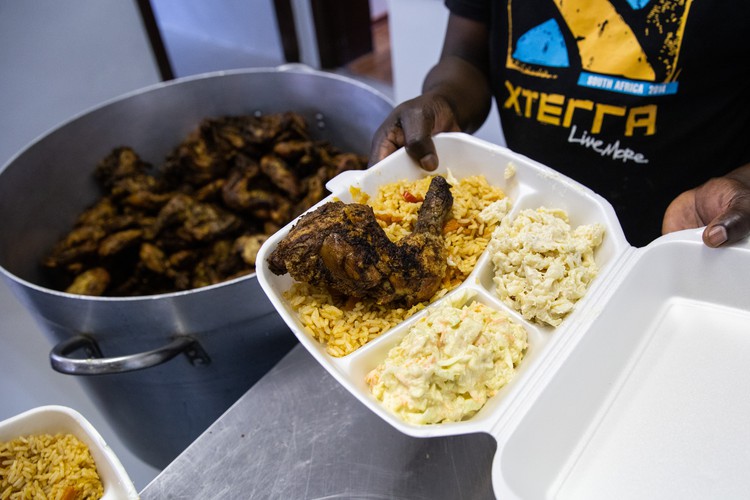 Usually those wanting a meal would need a “token”. These tokens can be earned in a number of ways. From working in the garden nearby or going for an HIV or TB blood test. The public can also purchase tokens to hand out. For the Christmas party, no token was needed and the food was open to everyone. Thurday’s meal was chicken, rice, coleslaw and potato salad, followed by juice and ice cream. 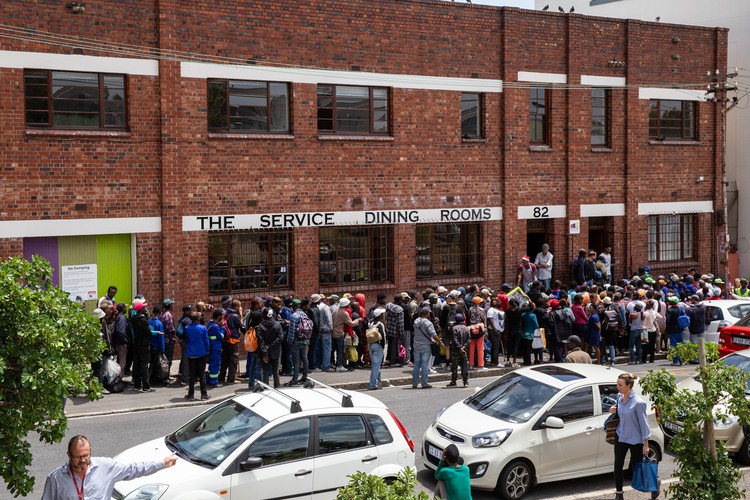 First established in 1935, The Service Dining Rooms has been operational for over 80 years. It currently employs six full time staff and offers a host of services, such as a narcotics anonymous group and support groups for HIV, TB and transgender people. In the future, the organisation is planning to open a psychiatric clinic. 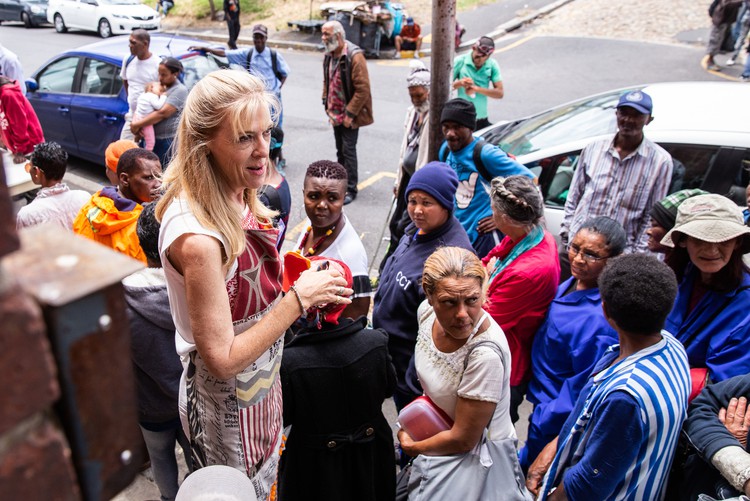 Karen Cain (pictured above), the Operations Manager, says they get people aged 18 to 70. Most are men. There are also a number of transgender people. Cain says that some of the clients are even psychologists and advocates. Not having enough money for food “could happen to anybody” she says. 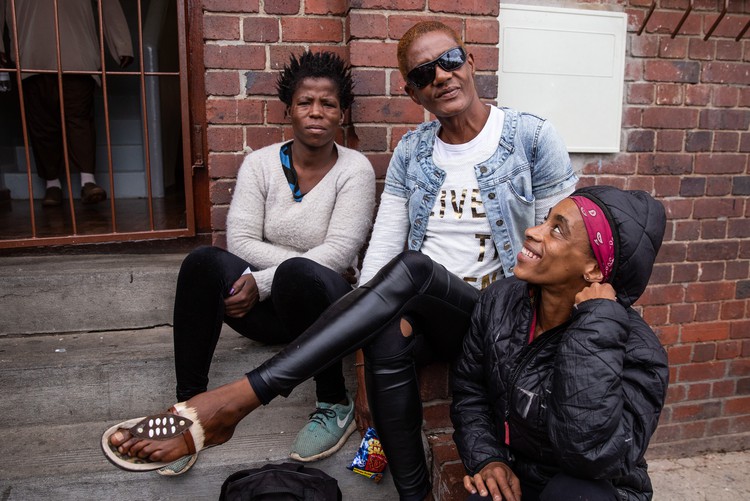 People in need start waiting outside from as early as 9am. Monica Ngcezi, Brendan Louw and Deidre Roode are friends. They currently sleep on Hope Street and have been homeless for over ten years. Originally from Manenberg, Louw found themself homeless after their parents died. Louw is now 40 years old and has been living on the street since age 11. 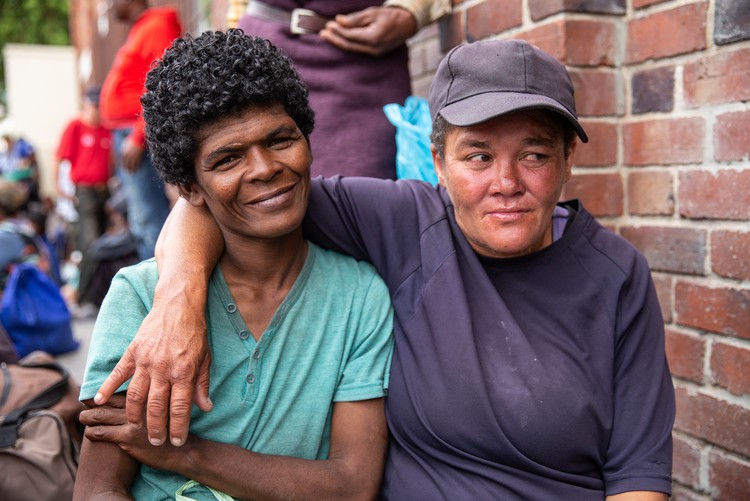 Kashiefa Fredericks and Yolande Titus have been friends for over six years. Both of them are homeless and are staying in Bo-Kaap. Titus and Fredericks have been in and out of prison for stealing but they say that they’ve changed and haven’t robbed anyone for over two years. Titus says that when her mom died she was disowned by her family because of her alcohol abuse. Now she lives on the street. Fredericks says that she comes to The Service Dining Rooms daily for food. 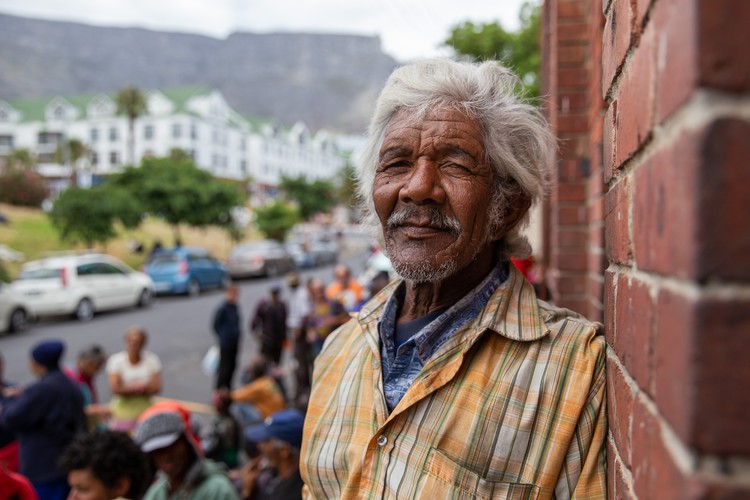 John Classen is 66 years old and was kicked out of home in Kensington in 2012. Classen survives on donations and the Dining Service Rooms. He currently sleeps on the parade. 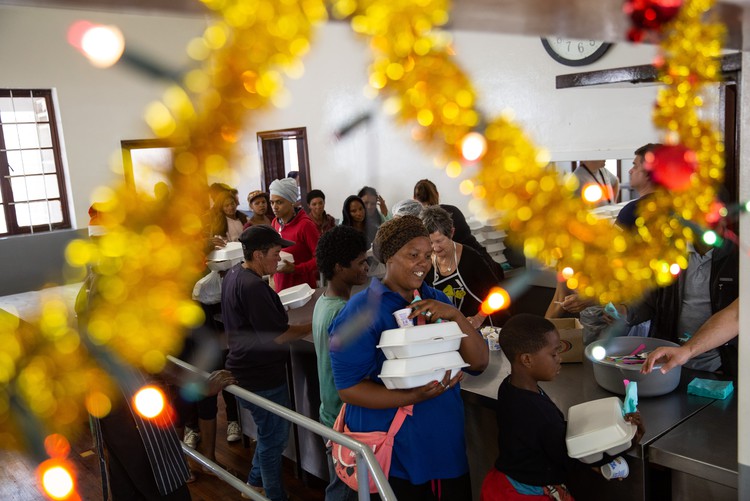 Food was served from about 11:30am, women and children first, then older men and disabled men. Then the rest of the men. 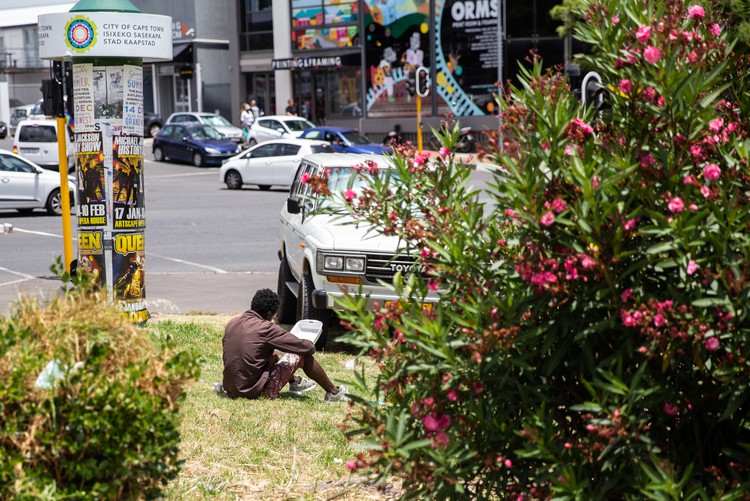 Many people chose to sit outside and eat, like this man on the corner of Canterbury and Roeland streets.

Next:  Zimbabweans stock up in SA to beat inflation at home

Previous:  Court rules that allocation of police in Western Cape is discriminatory