The village, home to museum staff and service providers, is in need of renovation. Photos: Daniel Steyn

The official symbolism of the Robben Island Museum, adopted early in its existence, is “the triumph of the human spirit over adversity”. But after 24 years in existence, the museum is substandard. GroundUp took a socially-distanced, reduced capacity tour in early March. This is what we found.

“It’s like the island won’t let go of me,” says guide Ntando Mbatha. A member of the armed resistance to apartheid, Mbatha had been incarcerated here for seven years on charges of terrorism. Among his fellow inmates were Nelson Mandela, Ahmed Kathrada and Jacob Zuma.

His story was the highlight of the tour. A natural orator, he plays an important role in conveying what it was like to be imprisoned on the island.

When he was released, he had wanted to get as far away from the island as possible. He went to study African literature to pursue a career in academia. But unable to secure a job, he decided to return to the island in the late 1990s, where former political prisoners were being employed as tour guides at the new Robben Island Museum.

Internationally famous as the place where Nelson Mandela spent 18 of his 27-year jail sentence, the Museum has been visited by millions of tourists. In 1998, the Island was named a World Heritage Site by UNESCO. For many visitors, just being on the site means a great deal.

But TV screens on the ferry were broken. The island’s rich history — a leper colony, the site of Krotoa’s imprisonment and death, and its importance for the KhoiKhoi — were done a disservice by the monotonous, poor quality documentary screened. The photographs of Mandela, Sisulu, Kathrada, Mbeki and other former prisoners, printed on large signs around the island, have faded. The information boards in key areas are broken, some lying on the floor. The walls of the prison interior are water damaged and need repainting.

The tour is long, yet rushed. The tour of the prison is only 45 minutes of the 4-hour excursion. Checking his watch every two minutes, Mbatha ushered us from site to site, and one had to run to keep up. Those wanting to take pictures fell behind.

Abandoned displays of photographs, artifacts, and newspaper clippings could be seen clumsily stored away in some of the cells. An out-of-order TV screen and projector indicated a defunct audiovisual experience. Some of the most historically significant imagery — a meal pass, for example, displaying the difference in meal plans between “Bantus” and “Coloured/Indians” — could be merely glimpsed. A historical bus ride around the island is mildly interesting at best. 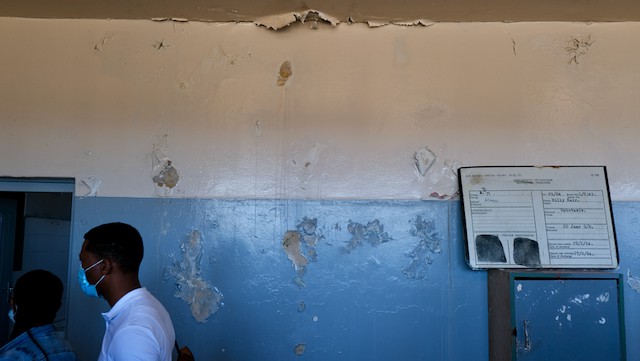 Peeling paint and water damage is visible on the prison’s interior walls.

In the early days of the museum, an extensive oral history project was undertaken. Former political prisoners were interviewed, their voices heard after years of censorship, bannings and imprisonment. But nothing of this project is available at the exhibition, instead it is played on the ferry back to Cape Town, when most visitors are sleeping or too nauseous to pay attention.

An old apartheid propaganda film played on the ferry – “Robben Eiland en Sy Mense” (Robben Island and its People) — depicting an idyllic white society and emphasizing that the prison conditions met international standards — is the only glimpse one has of the wardens’ experience of the island.

The Robben Island Museum (RIM) says the tour has been carefully packaged according to the average attention span of visitors and to provide a holistic experience that covers history, heritage, politics, conservation, literature, and education. The visitor offering was upgraded during the nationwide lockdown in 2020, with new exhibits developed, including the Visitor’s Centre, the Sobukwe Complex, and Jetty 1. These exhibits were not pointed out on the tour.

The bus tour encompassed the island village, which the guide said is home to 200 staff, former prisoners, and former prison wardens. The buildings, which are protected as part of the World Heritage Site, are clearly neglected. Recently, pictures circulated on social media of damaged buildings on the Island caused a stir, with many South Africans expressing frustration and anger in the comments. Some of the commenters were former residents of the Island during the apartheid regime. These pictures, according to RIM, were taken during a site visit by contractors to assess storm-damage from October 2020.

Very little of the original vegetation of the island still exists. Instead, there are over 20,000 exotic trees, including Eucalyptus, Manatoko, Cyprus, and Rooikrans, planted by apartheid-era authorities. Legally, the trees need to be removed and the Rooikrans trees pose a fire risk.

RIM claims that the alien trees provide shade to the African penguin colony, one of the largest of its kind. However, the penguins were able to manage before the introduction of the alien trees, says Tony Rebelo, a scientist at the South African National Biodiversity Institute (SANBI).

Rebelo told GroundUp that there was also overgrazing by deer and rabbits, who have since been culled, and the island is no longer a high biodiversity conservation priority.

RIM says its Integrated Conservation Management Plan encompasses the various “competing and overlapping conservation needs” and is in its third year of implementation, which includes the restoration of the natural and built environments.

A history of mismanagement and corruption

The Robben Island Museum is an agency of the Department of Arts and Culture, governed by a council that presides over its maintenance and curatorship.

Back in 2008, RIM was condemned for “gross mismanagement, fraud, and outright theft” in a forensic audit, with one board member accusing the management of treating the island like “their own private ATM”.

The Chief Executive of the time and two other senior members were suspended and the museum pledged to “restructure” the management. A similar controversy had led to the dissolution of the previous management.

That audit had identified gaps in the museum’s accounts that suggested criminal misconduct. This included 259% salary increases for the executive management between 2004 and 2007, and a 29% increase in general salaries. Overall costs grew six times faster than revenue and it was found that funds for fuel intended for the ferry had been siphoned off. In addition, the gift shops’ bank records were adrift by almost R10 million.

Since that audit in 2008, the Ex-political Prisoners Association (EPPA) has been very vocal about its discontent with how the museum is managed. Complaining about corruption, nepotism, underpayment of guides, and irregular expenditure, they have made sweeping claims in several media appearances, often without evidence to back up their claims.

RIM maintains that the EPPA has not followed the proper communication channels to raise their concerns and welcomes the EPPA to do so.

But in 2018, the EPPA’s concerns were heard by Minister Nathi Mthethwa, who launched an independent probe into the allegations. The probe was completed in 2020, but has not been made public.

IOL reported in March that Mpho Masemola, spokesperson for the EPPA, said the association had been vindicated by the report.

In 2019/2020, then auditor-general Kimi Makwety found that the institution did not disclose R90.4 million in irregular expenditure for purchasing a new ferry, the MV Krotoa.

Robben Island is an essential part of any South African’s education. It was within the walls of its maximum security prison that men were imprisoned for revolting against a racist system and repressive regime.

As the historical significance of the island inevitably becomes distant in the national memory, and a new generation of South Africans is educated on our country’s past, the Robben Island Museum should play a formative role in how we remember and reconcile with our past. 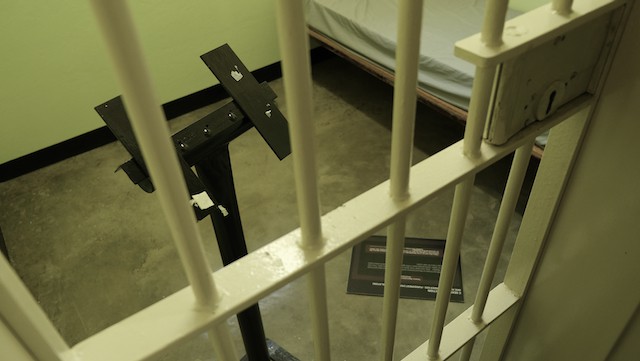 A broken information sign in one of the former prison cells.