Refugees and asylum seekers have camped outside the United Nations Refugee Agency (UNHCR) at the Waldorf Arcade in Cape Town for over a week. There are over 200 people participating in this protest. They say they are victims of xenophobia and are demanding to be resettled outside of South Africa.

“What we are experiencing is not what a human being is supposed to experience,” said JP Balous, a refugee from the DRC. Balous is an activist for an organisation that assists refugees and asylum seekers. 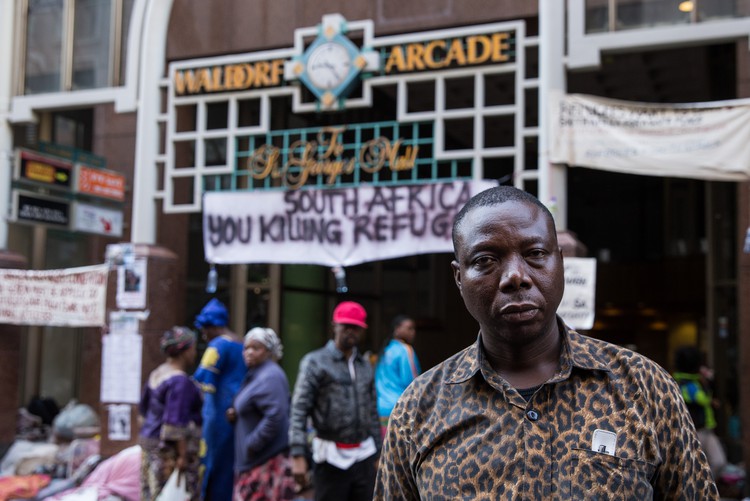 JP Balous, a refugee from the DRC.

Balous is a father of three and has been staying in South Africa for 14 years. He left the DRC because the country was embroiled in a civil war. He said that he had to flee for his family’s safety.

“We had no other choice,” he said. But coming to South Africa has been “more inhumane than what we have seen in our home”.

Before joining the protest he was staying in Langa. He said that he was threatened and warned that if he does not leave South Africa he would be killed.

Refugees held signs stating “STOP KILLING US” and marched up and down the street chanting “No more South Africa! We want to go!” 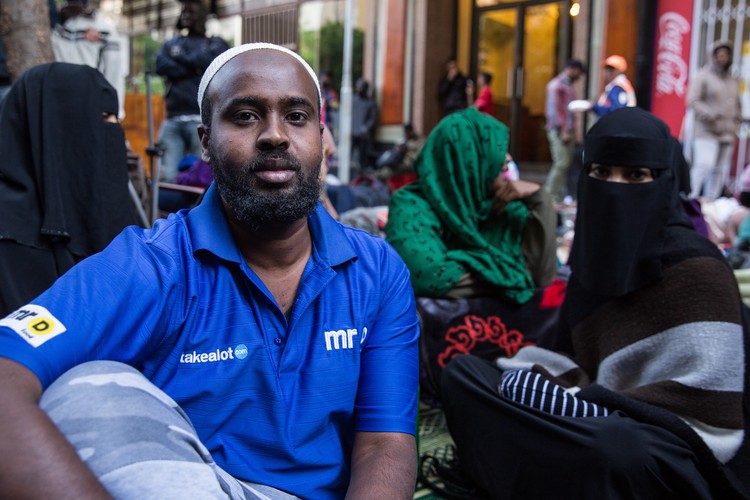 Ahmed Mudde said he left Somalia because of Civil War.

Ahmed Mudde has been staying in South Africa for 12 years. Originally from Somalia, he said he left the country because of civil war. “We were expecting to get a better life in South Africa,” he said, but since living here things have been worse.

Mudde said that the government welcomed foreign nationals like himself but doesn’t protect them. He was particularly critical of Home Affairs. He said that children and refugees get different papers to South Africans which makes employees discriminate against them. Mudde said that if your papers are lost or stolen, it is impossible to get another copy. “So how must we survive?”

Mudde is married and has a four-year-old son and eight-year-old daughter. He said that he lost his son’s birth certificate and is now unable to get him a new one. He is now unable to register his child for school.

“We need to leave this country because we have to get rights for our children,” Mudde said. 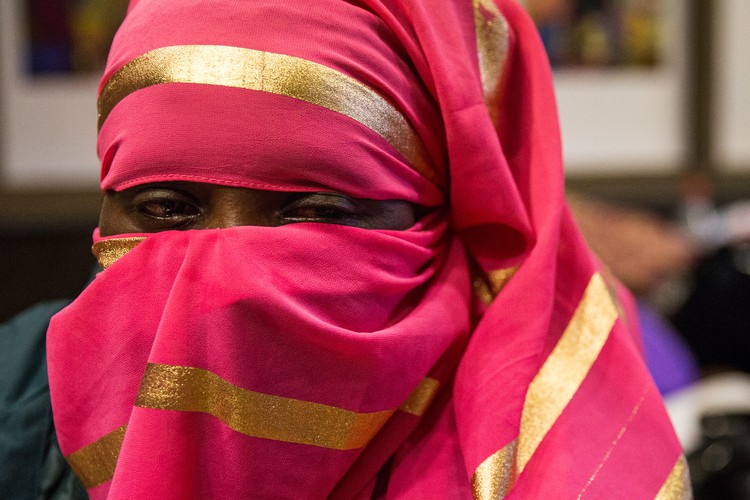 Nadine Nkurikiye left her home in Burundi because of war.

“South Africa, we are tired. We have already faced a lot of things,” said Nadine Nkurikiye who has been staying in South Africa for 13 years. She left Burundi in 2006 because of war. When Nkurikiye first came to South Africa, she slept outside Home Affairs for two weeks. Eventually, someone helped her with lodging. She became pregnant shortly thereafter. She is still unable to get her now 12-year-old child a birth certificate, despite, she says, applying numerous times. (The child’s father is absent.)

For income, Nkurikiye said that she worked in hair salons. But no longer, out of fear of being attacked. For work she has received an “asylum seeker temporary permit”, but this permit lasts a short period of time before she has has to reapply.

Mayor Dan Plato made a short appearance. “We condemn xenophobia,” he said. “You don’t find the xenophobia you find in Johannesburg, you don’t find it here … We don’t want the Johannesburg scenario in Cape Town. That’s why it’s better for the foreign nationals to work with us rather than to work against us.”

GroundUp approached UNHCR for comment when the protest first broke out. We are still waiting. 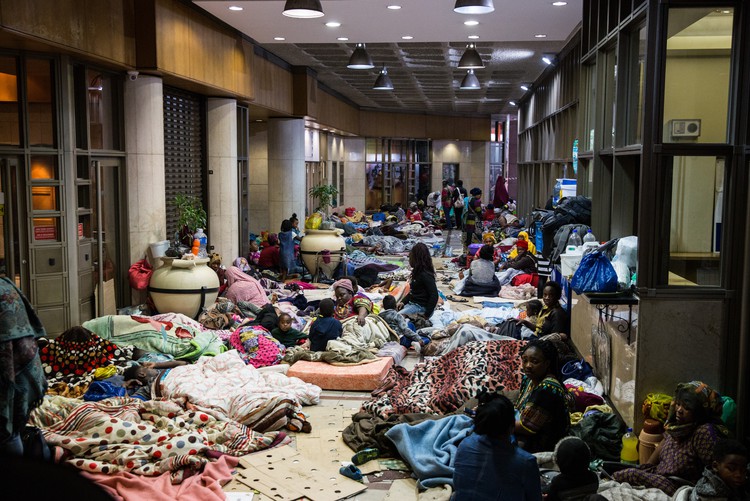