R300,000 lotto grant for school comes to naught because of criminals

“They only left stumps of goalposts,” says primary school principal 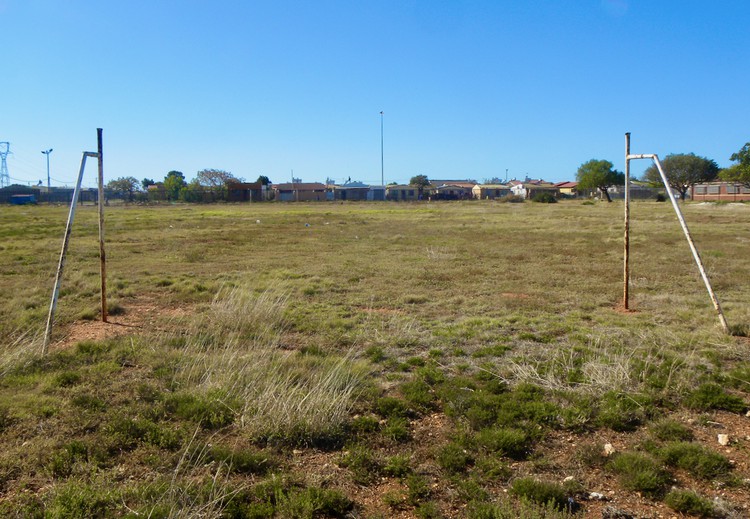 A R300,000 grant from the national lottery to fund a multi-purpose sports field at a primary school in Port Elizabeth has gone to waste after vandals stole materials, leaving only the stumps of goalposts on the sports field. Photo: Joseph Chirume.

A R300,000 grant from the National Lotteries Commission (NLC) to fund a multi-purpose sports field at a primary school in Port Elizabeth has gone to waste after vandals stole materials and other valuables leaving only the stumps of goalposts on the sports field.

Empumalanga primary school in Motherwell, Port Elizabeth, was given the grant by the NLC in the 2015/16 financial year to build a sporting field, comprising a soccer and rugby field, a cricket pitch, and a netball court.

The NLC has given grants of almost R2.9 billion to schools around the country since it first began dispensing funds to “good causes” in 2002. A large proportion of this money has come from the Lottery’s Sports and Recreations sector.

The grants, averaging around R300,000, were given to improve sports facilities at schools. This included developing sports fields or Combi Courts, that combine playing surfaces for netball, volleyball, and basketball.

The principal at Empumalanga, Misumzi Pikoli, said, “Things went well initially and we managed to complete the construction phase without any incident. But we only used it for a very short period of time in 2018.”

Soon after completion, criminals penetrated the palisade fence around the school and stole equipment from the cricket pitch, netball court and the soccer and rugby field. “They only left stumps of goalposts,” said Pikoli.

“Vandalism has been a problem at this school,” he said. “The school was broken into during lockdown. Criminals broke through the roof and entered classrooms and the office block where they stole valuable properties.”

A steel fence was recently erected, but criminals managed to cut a hole in it.

Pikoli said the school was busy improving security, putting in “a strong ceiling” and burglar bars on the doors and windows.

A resident living close to the school, who did not want to be identified for safety reasons, said, “I have two children who attended this school, and I treasure the school and its staff, who are really dedicated to their jobs.

“It makes me very angry each time there is a case of vandalism at the school. I cannot do anything alone because this needs the effort of everybody around here.”

Police spokesperson Captain Andre Beetge said, “We do routine patrols at schools and we intensify that during school holidays and weekends, because most criminal activities take place during those times.”