Protesters shut down dam in Limpopo 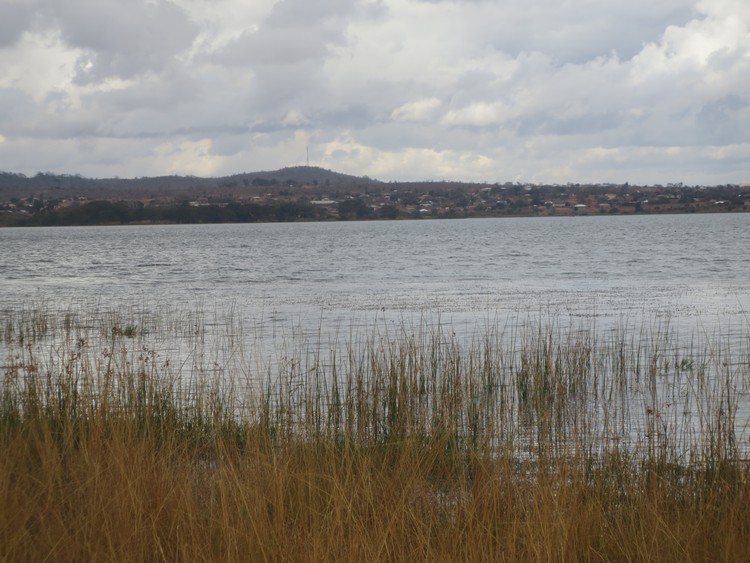 Nandoni Dam has been shut down by protesters complaining about poor water supply to their villages. Photo: Bernard Chiguvare

Villagers from Ha-Mutoti and Tshilungoma in Limpopo shut down operations at the Nandoni Dam. They are demanding the national Department of Water and Sanitation intervenes because they say that, though they live metres from the dam, their villages still only get water intermittently.

On Sunday, the protesting group closed valves and reservoirs. They also chased away workers and security from the premises. More than 54 villages and Thohoyandou centre are affected. The water was still switched off on Wednesday afternoon.

“We have lost faith in the provincial and our local government. Communities do not constantly get water yet some are a couple of metres from Nandoni dam,” said Solomon Baloyi, chairperson of Nandoni Complaints Resolution Committee. The committee was set up to deal with the compensation of families who were relocated to make way for the construction of the dam in 1998.

According to Baloyi, the villagers are also tired of promises by the department to compensate them for their lost land. “Whenever we ask about outstanding payments for compensation, the department keeps promising. As affected people we also need to get an updated list of those already compensated,” said Baloyi.

When Groundup visited Ha-Mutoti village, some residents were pushing wheelbarrows with empty containers to the dam. Baloyi explained that residents have been fetching water directly from the dam since Sunday.

The Limpopo Department of Water and Sanitation’s Lucy Kobe in a statement said, “We fully understand that people have a constitutional right to protest. However no one has a right to infringe on someone else’s access to water. The protesters also endangered the lives of people guarding the plant.”

Kobe said the national government is aware of the water challenges in the area and was working with the provincial and local governments to find immediate solutions.

On the complaint that villages get water only intermittently, Kobe said this was due to “a non-functional pump station” pumping water from Tshilungoma to Mutoti village. The pump station has since been fixed but it cannot be tested now since the plant is closed, she said.

Matodzi Ralushai, Vhembe District Municipality spokesperson, said they were trying to resolve the impasse with residents. Water trucks have in the meantime been assisting affected communities but “the demand is huge,” said Ralushai.