Since their launch in October 2018, rail enforcement units (REUs) have overseen a remarkable decrease in railway related crimes. This is according to a joint presentation by the Public Rail Agency of South Africa (PRASA), the Western Cape Government, and the City of Cape Town.

The 133 joint operations conducted resulted in 66 arrests, 517 confiscations and 11,041 searches. An operation consists of 100 officers patrolling the trains.

“We are arresting a lot of people,” said Richard Walker, Western Cape regional head for PRASA. “But we find that for every person we remove out of the system, there’s always two or three to replace them.”

The biggest issues facing Cape Town railways are copper theft and arson. “Now we’ve reached the stage whereby we need to start focusing and killing off the demand for the illegal copper trade in the Western Cape,” said Walker.

Over the past 18 months, Cape Town has lost numerous train carriages to arson, resulting in over “R500 million” in damages said Walker. But none of the 66 arrests are linked to arson. There have been no new arson attacks since October.

In August last year, civil society organisation UniteBehind requested President Cyril Ramaphosa to declare the arson attacks a national disaster. UniteBehind also leaked a trove of documents known as the #PRASAleak revealing grand-scale corruption at PRASA. On top of that, a fatal train accident in Pretoria in January left four dead and hundreds injured. The Railway Safety Regulator is now considering the suspension of PRASA’s safety permit. If the permit is suspended, Metrorail will cease to function. All of this, and the arson attacks has crippled the transport system in Cape Town.

Even though the City is not the most congested in South Africa, Capetonians spend the most time in traffic according to the INRIX Global Traffic Scorecard. 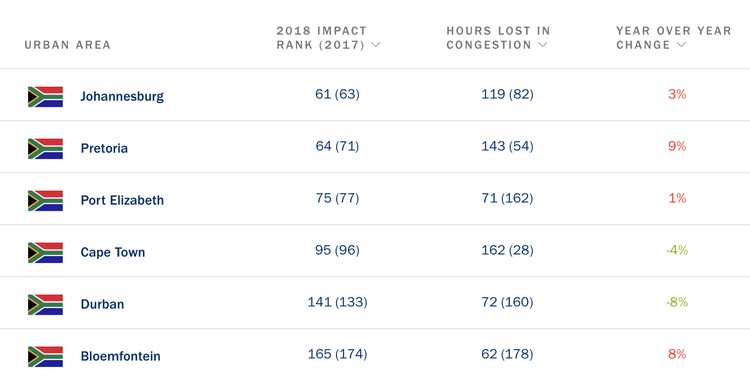 “The reason for this is that people have ceased to use the trains,” said Felicity Purchase, Mayco member for Transport. Instead, people are using cars as they feel that the trains are “unsafe and not reliable” she said.

“If we want to improve our commuters’ journeys to work and the economy of Cape Town we have to make the trains work,” said Purchase.

Cape Town currently has 48 operating train sets instead of the minimum 84 it needs. This is an improvement from last year’s 36 sets.

Next:  Changing the way our colleges work is key to reducing unemployment