Plastic pollution: We’re getting it wrong. Here’s what needs to happen

The focus on single-use plastics is diverting attention from a much more serious problem. It’s also causing bad practices. 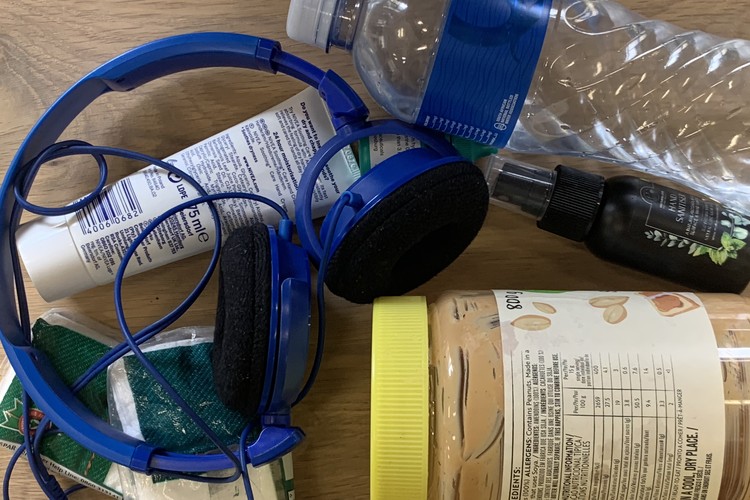 Most of the effort to reduce plastic is going into dealing with single-use products like the water bottle and peanut butter jar in the above photo. This is not unimportant, but the bigger problem is long-life plastics, like the clothes we wear, the earphones pictured above and the furniture we sit on. Photo: Ashraf Hendricks

Single-use plastics, like the ubiquitous plastic bottle, are often seen as the main cause of plastic waste. But in the long term, these are a much less serious threat to the environment than long-life plastics.

Single-use plastics only comprise about 40% of all plastic that is manufactured and they are more likely to be recycled or chemically converted after use so, over the long term, they would contribute less than 40% of total waste.

These polymers are also suitable for thermochemical conversion at their end-of-life; they are mostly small and flexible and lend themselves to shredding and pelletization; and they are seldom joined to other materials. Long-lived plastics, on the other hand, are frequently combined with materials like metal and other textiles, making them problematic to process. Couches are mainly made of plastics these days, for example, but a recycling plant wouldn’t even know where to start on one.

To put it another way, with single-use plastics the only problem we have to solve is how to get rid of them, and that is a problem we currently have the technology to solve. With long-lived plastics, however, there are two distinct problems - how to handle them at end of life, and how to prevent the release of micro-plastic during their useful life - and we have made virtually no progress in solving either.

Up-cycling, the practice of converting waste plastic into something more valuable than the original product, seems like an obvious win-win, but in some cases it makes the problem of micro-plastics emissions worse.

Consider clothing, for instance. Most of our clothing today is made from polymer fibres that release micro-plastic fibres during normal wear and tear, and particularly when they are washed. Recently it has become common to see tags on clothing announcing proudly that it is made from recycled plastic bottles. This looks environmentally friendly and frequently draws applause. But in terms of micro-plastic release, the effects are damaging for two main reasons.

First, each time a polymer molecule is recycled, some portion of its chemical bonds are broken. This means that recycled plastic breaks down and sheds microplastic particles faster than fresh plastic does, which means that in general usage, their rate of micro-plastic emission will be higher.

Textiles are thought to contribute 16 to 35% of microplastics that enter the ocean, so minimizing that release should be a priority. This is exacerbated by the fact that recycling weakens plastic, making it less durable. Most of the micro-plastic release from clothing occurs during the first few washes, which means that the more frequently you have to buy new items, the more micro-plastic is released.

In other words, when you buy a recycled plastic shirt, it sheds faster than one made from fresh plastic, and you have to buy a replacement sooner, further speeding up that release.

The second issue is end-of-life processing. Single-use plastics can mostly be converted into fuel or be used as a source of energy in high-temperature thermo-chemical processes, permanently removing them from the environment. Clothing is far more problematic.

Additives, fibre blends and dyes make it difficult to handle and, at present we just do not have any good end-of-life processing methodology for it.

So, while converting old plastic bottles into clothing delays that plastic’s entry into the environment,, it turns one solvable problem into two intractable problems – micro-plastic shedding during use, and end-of-life processing.

The excessive emphasis on single-use plastics has created an ‘out of sight, out of mind’ attitude toward plastic waste, where we focus on removing visible waste from sight without regard for the long-term danger of micro-plastic release. We shouldn’t be using recycled plastic to make products that are exposed to abrasion or photo-degradation, and we shouldn’t use waste plastic in applications that prevent us from retrieving it later. Mixing plastic into paving or road surfaces may remove it from sight, but in the end it will be broken down into micro-plastics that get dispersed into the environment. It may mean less plastic that we can see, but it means more plastic that we can’t.

Keeping the focus on single-use plastics protects a business model that generates most of its revenue from higher-value, long-lived plastics that we don’t yet have a plan for handling. Straws, bottles and packets, unfortunately, are the easy stuff. The hard conversation is about textiles, tyres, paint and countless other products that unavoidably shed micro-plastic both during their lifecycle and at the end of it. That conversation has barely even started.

Next:  Cato Manor leader gunned down

Previous:  There are snakes, flash floods and no basic services at Marry Me informal settlement