Parents have to build toilets for Eastern Cape school

Learners at schools in Cofimvaba have to relieve themselves outside

Parents at Sidubi Poort Junior Secondary School in Cofimvaba say they have decided to build toilets for their children because the Eastern Cape Department of Education has been dragging its feet for over seven years. Community members have volunteered to do the work.

The current toilets at the school in Ngxingweni village were built in 1984. There are eight pit latrines for the 208 learners and teachers. Some of the toilets are full and the seats are broken. Children and teachers have to relieve themselves in the bush outside the school premises.

Teachers say the education department first promised to fix the toilets in 2012, but keeps on postponing. “When we first asked for toilets, the teachers’s toilets were still in better condition … [Now] we are also forced to go to those bushes to relieve ourselves,” said a teacher.

A member of the School Governing Body, who did not wish to be named, said, “Teachers are supposed to be well respected people. Then tell me if they relieve themselves in bushes where is their dignity? … We can’t just sit because government is failing our children and teachers.”

“These bushes are far from the school and when learners go to them, they have to go in numbers, at least four of them for safety reasons,” said a teacher.

Unemployment is high in Ngxingweni village and most people survive on social grants, but they have been willing to use the little money they have to assist the school to build toilets.

Parents started collecting money a year ago and have so far raised just under R5,000. It is not enough for new toilets yet, and some of the funds will be used first to fix the pit latrines. Community members have been fetching sand for construction from a river bank a few kilometres away from the school. 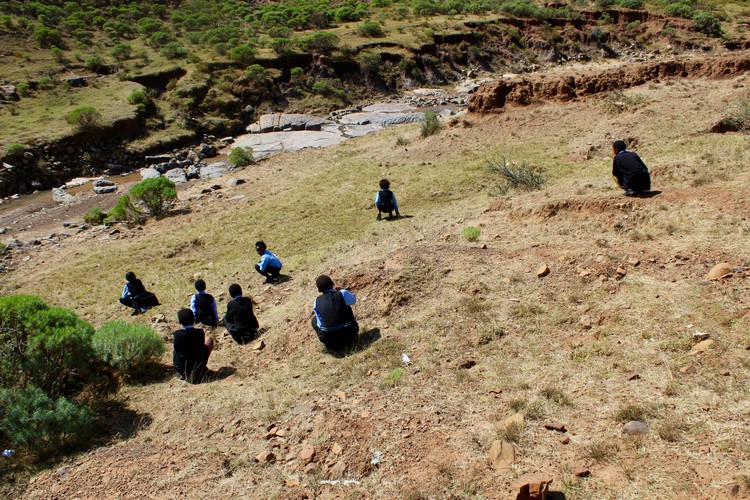 Learners at Sidubi Poort Junior Secondary School have to relieve themselves outside. Photo: Nombulelo Damba-Hendrik

At Mvuzo Junior Secondary School in Qamata village, also in Cofimvaba, the education department told teachers to destroy all broken pit toilets. Department officials visited the school and said the toilets, built over 30 years ago, were putting learners’ lives at risk.

However, the department did not say when it was going to build new toilets.

The school has 321 learners from grade R to grade nine. They now relieve themselves at a wall a kilometre away. Teachers were told they have to accompany the learners, but they say they do not have time to do this.

“I’m a male teacher … What are the community members going to say when they see me watching their children relieving themselves? On the other hand, there are learners who are waiting in class for a lesson,” said a teacher. “The challenge we are facing is that when learners go to relieve themselves, they leave the school in groups … We can’t keep our classes in order. And learners are missing lessons.”

“Even if we go in groups, that does not guarantee our safety. There are snakes here and anything can happen. To be honest I’m always scared of going … but we do not have a choice,” said learner Jessica Ngqomo.

She said some boys at the school were still using the destroyed toilets and refusing to go to the bush.

Spokesperson for the department Malibongwe Mtima said the department has close to R2 billion to replace unhealthy and unhygienic pit latrines. Mtima did not respond to questions about the two schools.

Equal Education says the Eastern Cape has over 1,700 schools with pit latrines, the highest number in the country. It said the need to address this crisis cannot be overstated, particularly when taking into account the danger it poses to learners and teachers. 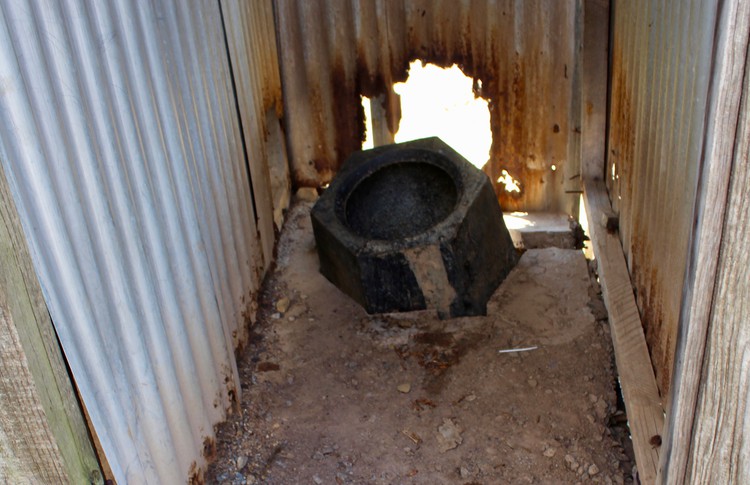 Next:  The long wait for a foster care grant

The Mvuzo school case rings closer home, for me. My school, Emazimeni Primary School, not only has pit toilets but has no water as well. This goes for the rest of the village where the community goes for months with no water supply. People have to fetch water from streams and rivers.

In this drought, one can imagine how clean the water is. This is all due to government's failure to maintain even the simple borehole/Engen system that has been there for almost 20 years. The community has forked out money to buy diesel for the system to keep it running sometimes. When broken down, government takes months to fix it.

It has now been more than 3 months broken down and no water for the community and school. Please get the government to do what it right for our kids and communities. Their lives are at a huge risk of contracting diseases and burning to death in the event of fire. Very sad.

It is unfortunate that the government is not living up to its responsibility by providing the basics for the poor. It is good that parents will build the toilets because we are the last line of defence for our children, so building toilets makes the most sense. People in various churches and places of worship across the country have building funds for a church if it takes place in a tent or at a school.

We should start building funds for school toilets. As parents and communities we have to empower ourselves by doing things for our children while still lobbying with the government to do the right thing.