“Bullied” into silence over use of corporal punishment at school, says parent 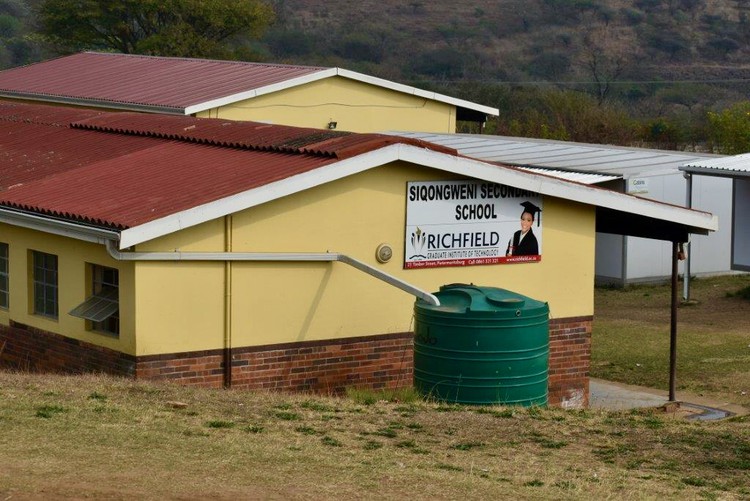 The KwaZulu-Natal Department of Education says it will take harsh action against the use of corporal punishment. Photo: Nompendulo Ngubane

The Department of Education in KwaZulu-Natal says action will be taken against any teacher using corporal punishment at Siqongweni Secondary School in Pietermaritzburg in Imbali Unit 13.

This comes after GroundUp obtained a video secretly recorded by a learner showing a teacher beating learners apparently in a classroom at the school.

Learners told us they are beaten with a pipe for such offences as arriving late for class.

“Teachers reprimand us by using a pipe, nothing else,” said a learner. “Not so long ago I was given strokes by a teacher because I was two minutes late.”

“Last year I went home bruised on my left hand after being hit by a teacher,” said another learner.

Another learner said, “We know our rights and we are aware that there are other ways of discipline that can be used other than a beating. There is detention or they can make us pick up garbage in the school yard.”

A parent said, “We know that the school still uses corporal punishment but parents have no say in the school. They are being bullied and not given a chance to speak. Parents are not received well in that school.”

The parent wants the education department to intervene.

GroundUp is also aware that common assault charges were laid at Plessislaer police station earlier in February in another incident of corporal punishment at the school.

MEC for Education Kwazi Mshengu said, “There’s no teacher that doesn’t know that punishing learners using corporal punishment is prohibited. That is why the department suspends teachers who are found doing that. We believe that there are other ways that can be used to reprimand learners.”

School principal Bhekizizwe Dlamini said he could not comment on the matter.

Anathi Canham, of Equal Education Law Centre, said it is disconcerting and troubling that learners are still subjected “to this grotesque behaviour from teachers”.

Canham said learners can report the matter to the police as “it falls within the scope of assault” and criminal conduct. Learners may also lodge a complaint with the South African Council of Educators and report the incident to the Education District Department. All three processes are independent and can be carried out simultaneously, explained Canham.