Over a thousand people lose their homes in devastating shack fire 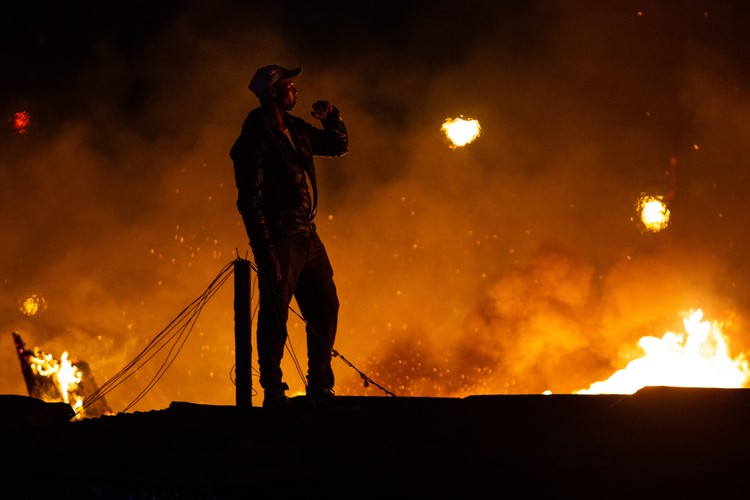 A fire destroyed about 300 shacks in Langa, Cape Town on Saturday night, affecting about 1,200 people according to Mayco Member JP Smith. The cause of the fire is unknown.

It was one of three fires in Langa on Saturday, according to Smith. The two earlier ones occurred in the early morning and close to noon. Though these smaller fires resulted in much less damage than the night-time one, one of them caused a man’s death. There were no deaths in the large night-time one.

We were at the scene of the large fire.

Xoliswa Maqonga said she and other shack dwellers frantically collected water from a nearby stream to battle the blaze as they don’t have taps.

“We formed a line from the stream to the burning shacks, collected water and passed buckets from one resident to another,” she said.

Maqonga said a strong wind fanned the fire and the shacks burned easily because they were covered with plastic sheets and made of wooden planks.

“We struggled to walk through the mud beside the stream and between the shacks while carrying buckets of water,” she said.

Maqonga said: “We don’t know where to shit now as the fire burnt our toilets.”

The blaze destroyed her cupboard, fridge, clothes and ID, she said. (You can see this in our photo essay and video that we published last night: Large fire destroys Langa homes)

Maqonga said she joined a local stokvel about a year ago to raise money to buy her furniture and build her shack in which she stayed with her boyfriend.

Sibusiso Bhatala said the fire started in a closed, uninhabited shack at about 5pm. He described how he and others tried, unsuccessfully, to stop the fire spreading to other shacks.

Bhatala said firefighters arrived early but started to fight the fire too late.

“The first group of firefighters arrived in two vehicles but said they could not extinguish the fire as they didn’t have water,” he said.

He said they were joined later by two more firefighting trucks, but by then about 20 shacks were already engulfed in flames.

“When the fire fighters arrived, we allowed them to take over and battle the blaze themselves, but they failed us as they couldn’t put out the fire,” he said.

But Smith, in a voice recording to the media, accused “individuals” of hampering the firefighting effort by “cutting several fire hoses”.

Ward Councillor Thembelani Nyamakazi responded: “I didn’t see anyone obstructing the firefighters. I doubt residents could do that.”

But Nyamakazi said vehicles could not enter the area because shacks had encroached on space meant for cars.

Ali Sablay of Gift of the Givers said the organisation was providing fire victims with hot, nutritious food, water, blankets and baby packs.

“We will be here for the next four to five days and offer counselling to the fire victims,” he said. 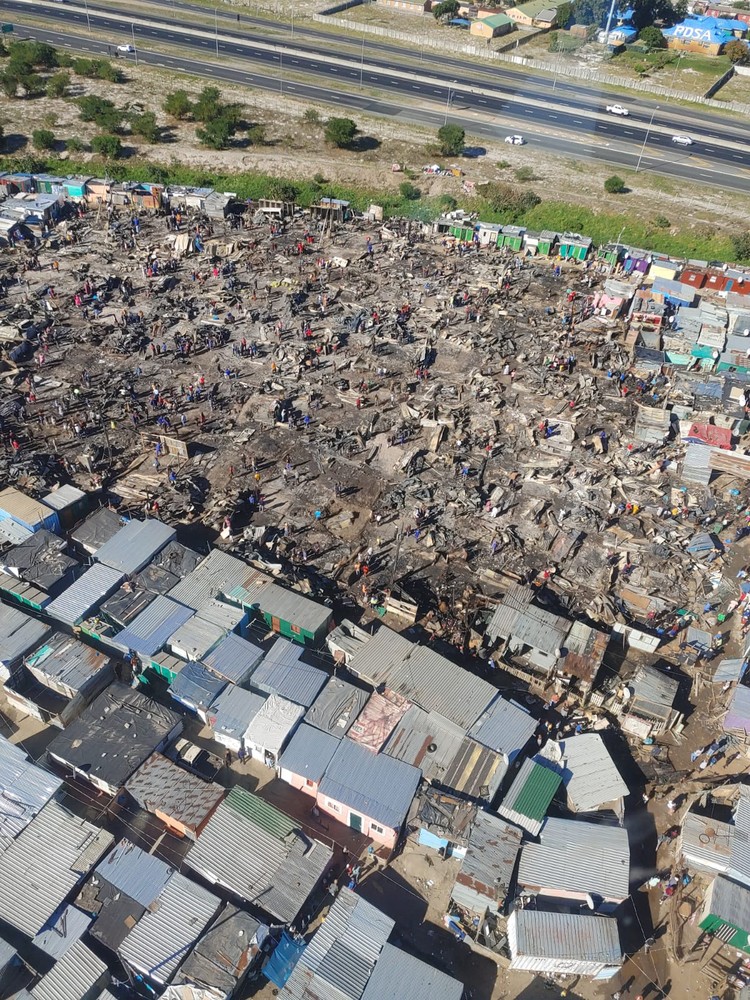 This photo, published by the City of Cape Town, shows the extent of the damage.

Next:  Thirteen years after a disabled child spent a night in a filthy cell, court slashes damages payout