Residents in Marikana informal settlement in Philippi say their homes have been under water for weeks. People living in Section E near Disa Road have now raised over R10,000 to alleviate some of the flooding in their area.

They have bought a generator for R4,000 and water pipes for R7,600. This, they hope, will draw water from their flooded shacks and surrounding swamp land. Residents who could afford to were asked to contribute R30 each.

“The City of Cape Town doesn’t send officials to help residents whose shacks are flooded, so we made a decision to help ourselves,” said resident Zongezile Mayekiso.

“At 7am we fill the generator with petrol, stretch out the pipes and drain water out of the shacks … In some instances, we drain water from small dams in low-lying areas. This way more water can flow from swamps [which are overflowing into the homes], ” he said.

He said they want the City to assist them by providing sandbags and additional resources to pump water from their homes. 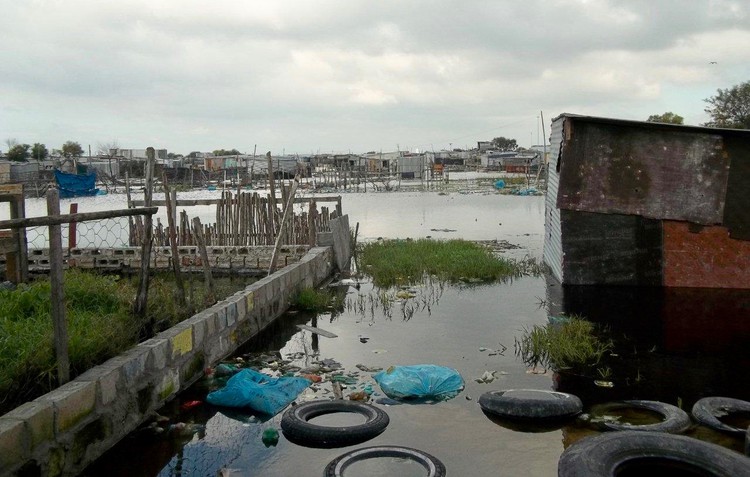 The lack of sanitation in the area, has resulted in some discarding their waste and faeces anywhere, said Mayekiso. “As a result, our shacks are filled with dirty and smelly water.”

Two weeks ago, community leader Phumza Ledwaba was forced to vacate her flooded shack. “Water came up from my floor. It became a green, smelly and dirty swamp that was infested with frogs.”

Ledwaba and her four young children now live in someone else’s shack. The shack leaks during heavy downpours.

“Staying in a flooded shack made my kids sick. They sat at home for two weeks because their clothes, shoes and uniforms were wet,” she said. 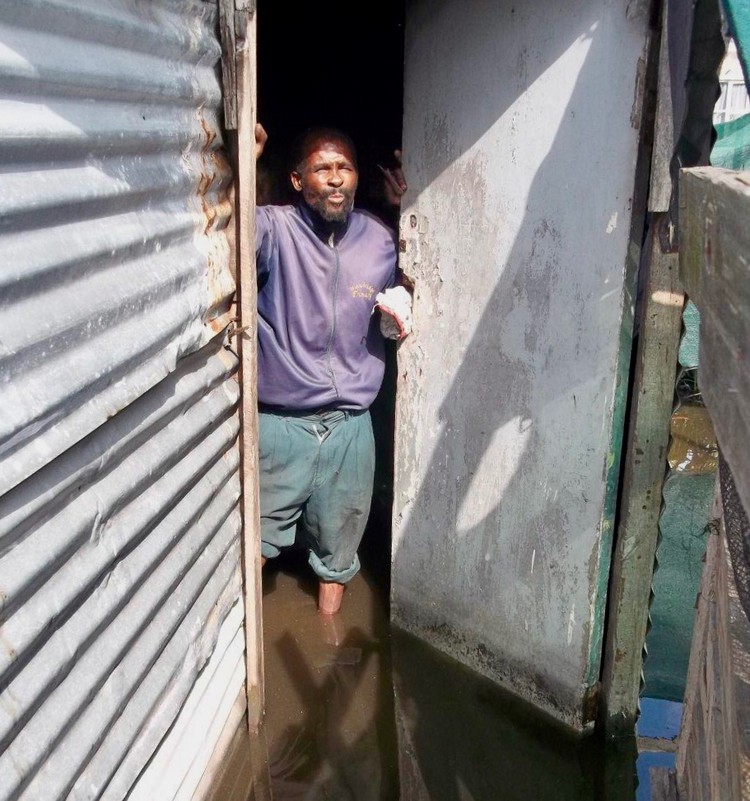 Enoch Zwakala, 62, has put his bed on crates. His shack has been flooded since 4 July. He said he would leave if he had another place to live in.

Ledwaba said Mayco member for Human Settlements Councillor Malusi Booi had promised residents in June that he would meet with community leaders about their demands. This meeting never happened.

But Booi told GroundUp that he had engaged with Marikana’s community leaders. “As the land is privately owned, the City is not at this time able to install any infrastructure, such as roads and electricity, in the informal settlement.”

Booi said that in light of humanitarian concerns raised by residents, the City had installed taps and container toilets on the City-owned land within the road reserves and on the edges of the settlement. 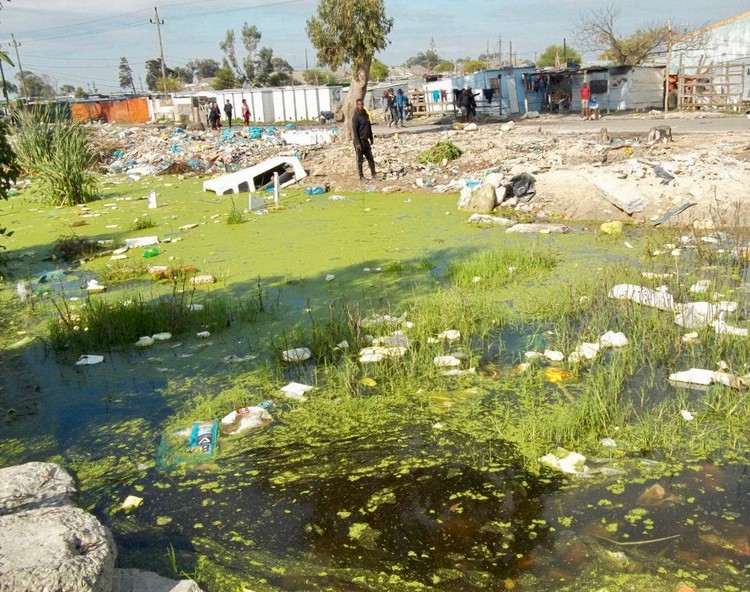 Previous:  “No one was going to believe me” says rape survivior