Orchestra gets silent treatment from Department of Arts and Culture

The survival of the youth and outreach programs of the Cape Town Philharmonic Orchestra (CPO) and the orchestra itself are in peril due to long unexplained delays in funding from the Department of Arts and Culture (DAC). The CPO has been expecting R7 million from the department.

“The orchestra is facing a serious challenge and it is not always certain whether it can survive financially from month to month,” said Derek Auret, chairperson of the CPO, speaking at the opening of the winter symphony season at the city hall earlier in August.

At the time Auret made his speech, the CPO was awaiting payment from the City and the Western Cape government. This funding has since been secured.

But the CPO has been met with silence as far as the R7 million from the DAC is concerned. According to Heyneman, these funds usually arrive mid-year.

Without these funds “it becomes a hand to mouth existence” for the orchestra, said Heyneman.

The CPO met with Nathi Mthethwa, Minister of Arts and Culture, in October 2017, but since then it has had no indication from the department.

One of the CPO’s outreach and youth educational programs in peril is the Masidlale Project. Launched in 2009, the project aims to teach music to children from poor areas. Masidlale has almost 100 students.

One of the goals of Masidlale is “to provide access to music education in areas where there is no access” says Odile Burden, Masidlale education manager. “It’s about having an orchestra [in the future] that is more representative of South Africa.”

The program includes both practical and theoretical studies and has students from Khayelitsha, Gugulethu, Nyanga and Langa. Practice sessions happen almost daily at Artscape. All the instruments are donated or owned by the CPO. Music classes are free of charge.

But classes don’t always go smoothly. When GroundUp visited a practice session on 23 August, only four children from Nyanga had managed to come and students from Gugulethu couldn’t attend due to a taxi strike.

“Whenever there’s taxi violence or things like that, we have to suspend our classes,” says Burden.

If the programme were to close “it would be an enormous pity” says Burden. “The value of the programme is so much greater than just music. If we lose that, music education in the Western Cape will have lost a gem.”

GroundUp has been trying since last week to get answers from the DAC but to no avail. 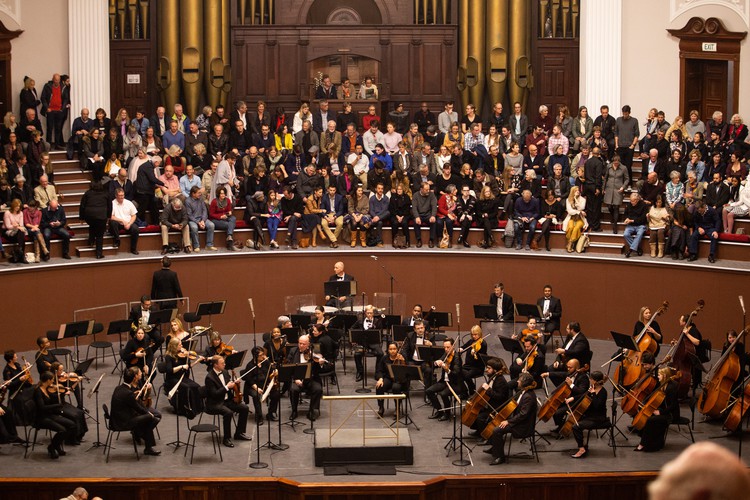 Next:  Bathabile Dlamini off-the-hook for court costs - for now