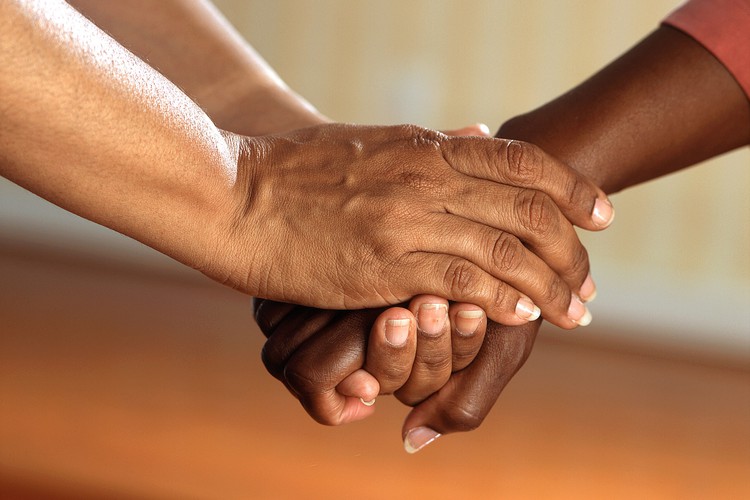 Hundreds of social welfare organisations subsidised by the state have not received their full subsidies — or any subsidies at all — for months, according to a report. Photo: Creative Commons Pixabay

The Aalwynhof Old Age Home in the Karoo town of Aberdeen in the Eastern Cape is one of hundreds across the province which have not received their usual subsidy from the government since March. The home, which looks after 35 elderly people, has run out of money and may soon be unable to buy food for the people in its care.

Twenty of the residents of Aalwynhof are subsidised by the Eastern Cape Department of Social Development. With no money from the Eastern Cape Department of Social Development for four months, the home has all but used up its savings and investments. This month, only half of their bills could be paid. Their electricity may be shut off in the middle of winter. Aalwynhof has borrowed about R80,000 to keep going, and may not be able to borrow more.

Hundreds of organisations in the Eastern Cape and some in the North West province that perform social work on behalf of the government have not been paid their subsidies since March. Others, in North West, Limpopo, and Mpumalanga, have faced subsidy cuts of up to 25%, without consultation and with no reason given. In Limpopo, they have been told that 10-15% of their operational budget must be spent on procuring personal protective equipment (PPE) to face the Covid-19 epidemic.

The picture of a social services network on the brink of collapse is painted in a 20 July report by Lisa Vetten of the Care Work Campaign, and Margaret Grobbelaar of the National Coalition of Social Services, a national voluntary coalition of social work organisations. The report, Rapid assessment on the financial status of non-profit organisations providing social care services describes the experiences of hundreds of organisations across South Africa and has been sent by its authors to the national Department of Social Development.

On 5 August, Care Work and the National Coalition of Social Services wrote to Linton Mchunu, the Acting Director General of the national DSD. “We are deeply concerned to prevent full-blown crises from developing in parts of the country. We remind you that the Gauteng Department of Health’s failure to pay subsidies on time left organisations unable to purchase food — the lack of which directly contributed to the deaths of some of the former residents of Life Esidimeni. We do not wish to see such a scenario repeated in social welfare services.”

Speaking to GroundUp, Vetten said that in addition to 103 organisations in the Eastern Cape that were willing to be named in the annexures to the report, at least another 100 more are in the same situation. These include children’s homes, women’s shelters, and old age homes. According to Vetten they are unwilling to speak out for fear of victimisation from the provincial departments. And, she said, there are thousands of other organisations in the Eastern Cape alone which are not part of either the Care Work Campaign or the National Coalition of Social Services networks and which apparently have not been paid either.

In Mpumalanga, social work organisations doing government work had their subsidy cut by 25% without explanation, and had to cut staff salaries by between 20% and 30%.

Vetten said this amounted to “a failure of administrative justice. Departments must give reasons for such decisions, and are required to inform, discuss, and give grounds for appeal when they break contracts that are signed.”

She said the Eastern Cape provincial DSD had given several reasons for the non-payment, often to do with Covid-19 related office closures. GroundUp has struggled to get comment from national or provincial Social Development departments since last week. In Limpopo, we were told that email servers “were off”; in the Eastern Cape, Mpumalanga, and North West provinces, our emails bounced back and office phones went unanswered. No response was received from National DSD. Comment will be added when it is received.

Obayi said that social workers in only two of 31 organisations in the Eastern Cape had been paid their subsidy. Some social workers had to borrow money to eat, he said.

“Even if they pay now, the damage has been done. This was the time the money was needed most. Social workers have been going out and spending their own money to take care of people in need.”

Margaret Grobbelaar of the National Coalition of Social Services told GroundUp, “These organisations are serving poor communities. They rely on these subsidies. They can’t survive without them.”

Nicolette Van Der Walt, the national manager for the ACVV (formerly the Afrikaanse Christelike Vrouevereniging, and the oldest welfare organisation in South Africa), said that organisations in the Eastern Cape that fall under the ACVV had also been badly affected by non-payments.

The organisation runs old age residential facilities, social work and child protection, and early childhood development centres. ACVV social workers returned to work in early May. In the Western and Northern Cape, provincial departments had paid subsidies for ECD centres, but nothing had been forthcoming in the Eastern Cape. Van Der Walt said that this put the continued existence of the early childhood development centres in the province in jeopardy. ACVV child protection social workers have been forced to rely on food donations to survive. “It’s crazy when you have to give food parcels to your own staff. But they came to work everyday — it shows their dedication,” said Van Der Walt.

Lize Van Zyl, regional manager for ACVV in the Eastern Cape said that last week, three of the thirteen old age homes in their provincial network had received four months’ worth of subsidies, despite it being the fifth month of the financial year.

Previous:  One dead, 13 due in court after protests and looting in Bloekombos