Nurses back at work at Gqeberha clinics

Clinics were closed after death of Zenizole Vena 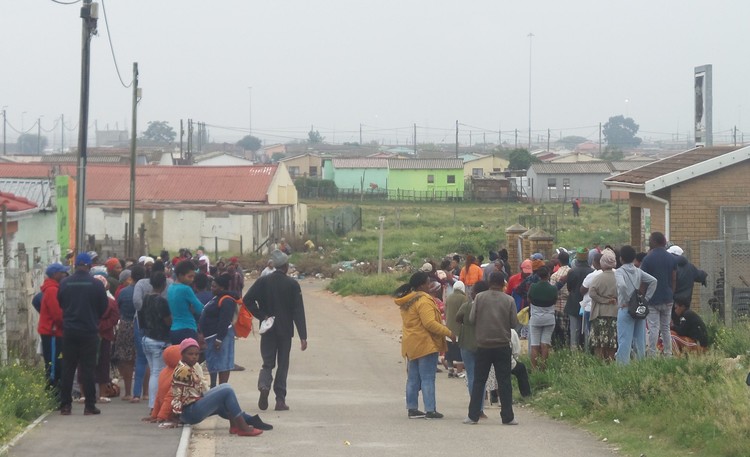 The two clinics in Gqeberha that were closed in September after protests at the death of rape victim Zenizole Vena were opened last week.

The NU11 clinic was closed when nurses refused to work on 21 September, after residents accused them of refusing to treat Vena and telling her first to report to the police. The Thanduxolo clinic in NU10 was closed the following week. Patients had to go to other clinics during the closure.

The Democratic Nursing Organisation of South Africa (DENOSA) said then that nurses at both clinics had not reported for duty because they were afraid community members would attack them. On 19 October Vuyo Dlanga of DENOSA told GroundUp the impasse at the clinics had been resolved after several meetings.

He said, “The safety of workers was discussed and continuation of services was discussed. Thanduxolo clinic was fully operational on 18 October and NU11 clinic was opened the following day.”

Patients had complained about the attitude of some health workers at the clinics. The attitude of nurses was one of the issues flagged by health monitoring group Ritshidze in a recent report on the Eastern Cape health system. The report mentioned long waiting times, poor infrastructure, shortage of staff and bad attitudes by staff towards patients as the main problems.

Meanwhile Vena’s family told GroundUp they were taking legal action against the department of health for her death. Zenizole’s mother, Nomathamsanqa Vena said, “I can confirm that our lawyers are dealing with the case.”

Health ombudsman Ricardo Mahlakanya said his office was also looking into the matter.

The department of health did not respond to GroundUp’s questions about complaints of bad attitude by its employees.

Next:  The Mamelodi hostel where “Emzini Wezinsizwa” was filmed is a mess