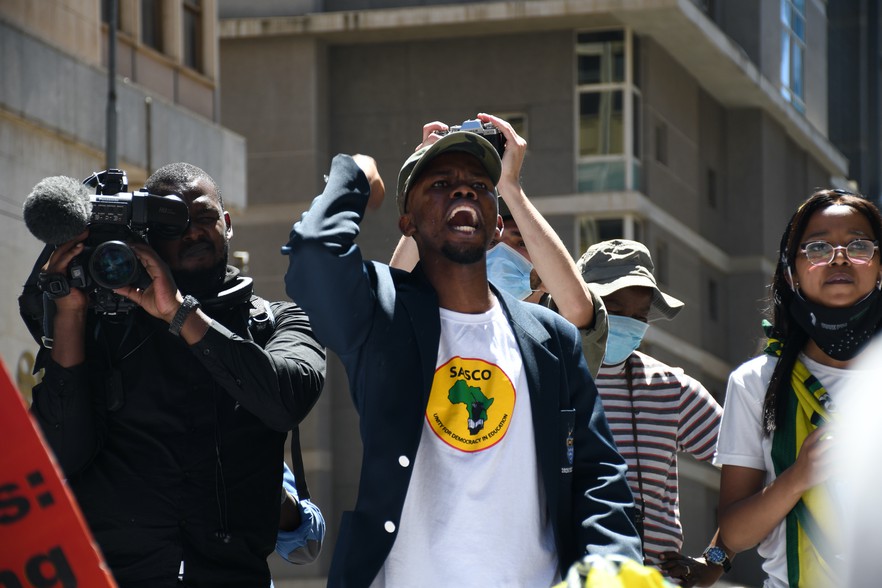 The National Prosecuting Authority (NPA) says it will not be prosecuting the students arrested during protests in Braamfontein this week.

Students have been protesting against financial exclusion and historical debt since last week Thursday. During the protest on Wednesday, a bystander, Mthokozisi Ntumba, was fatally shot apparently by police who were chasing protesting students.

Although Police Minister Bheki Cele has acknowledged the shooting and said it was wrong, it is unclear whether the police officer who allegedly shot Ntumba has been placed on suspension.

When asked about the suspension of the police officer, Independent Police Investigative Directorate (IPID) spokesperson, Ndileka Cola said: “We don’t have a process whereby we suspend police officers once a minister acknowledges their wrongdoing. We are waiting for a report from our investigators before we can make any recommendations.”

The seven students who were arrested during protests on Tuesday and Wednesday were due to appear at the Hillbrow Magistrates Court but the NPA said it had not received sufficient information to prosecute them.

“We received three dockets. In one of the dockets there were five suspects who were arrested for public violence. These suspects were released with a warning on Wednesday,” said NPA spokesperson, Phindi Louw Mjonondwane.

Mjonondwane said the other two dockets each had one suspect and they were both released on Wednesday night, after paying R1,000 bail. “We have sent the dockets back to the South African Police Service for further investigation,” she said. 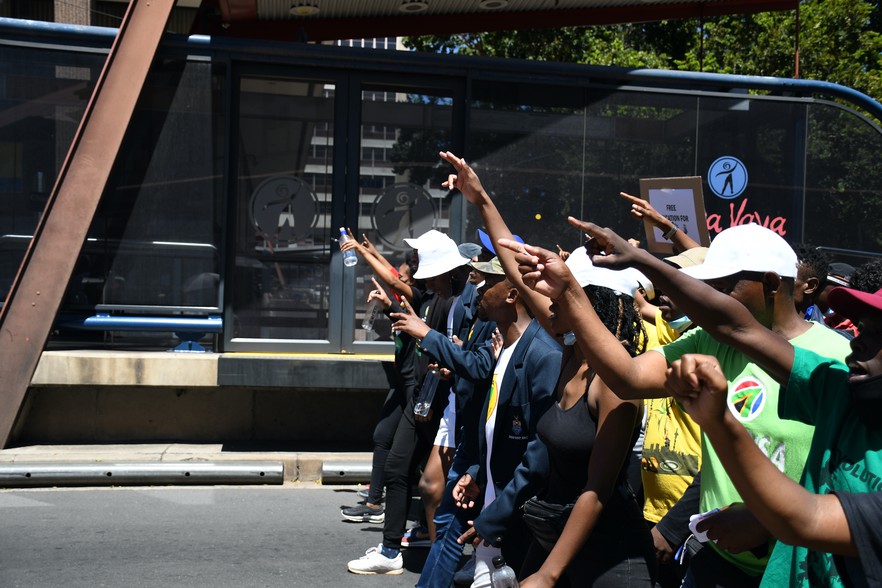 Outside court on Thursday, about 50 people, mostly students, picketed outside while waiting for the students’ appearance.

Kanakana Mudzanani, treasurer at the University of the Witwatersrand’s student representative council, said, “We welcome the decision by the state to not prosecute young students who were peacefully fighting for a just cause. The state has failed to bring evidence that we were violent in our approach.”

During a media briefing on Thursday, Wits vice-chancellor Zeblon Vilakazi said management condemns the violence that happened on Wednesday. He said he has made several attempts to speak with students about their demands.

Minister of Higher Education, Blade Nzimande, also announced that the government has recovered some funds which will be allocated to the National Student Financial Aid Scheme to help all deserving students who qualify. 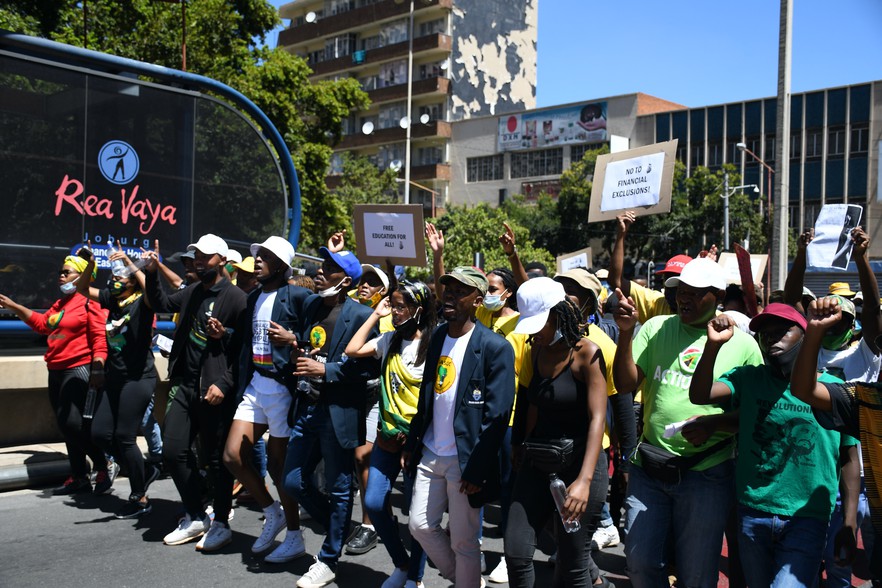 The protests are primarily against financial exclusions from universities. Photo: Julia Evans

Some trade unions stood in solidarity with the students outside the SAPS Johannesburg Central Police Station. The South African Federation of Trade Unions (SAFTU) has called on Cele and Nzimande to step down.

SAFTU spokesperson Trevor Shaku said, “It has become a norm of the police to brutalise and violate the protesting students and other protestors.”

Vusi Mahlangu of the Academic and Professional Staff Association (APSA) said, “We are here in solidarity with the students that have been making this call for over ten years now. As parents and as workers from various areas we believe that the nation on its own must stand up and support the students.”

Ahmed Veriava, a Wits lecturer, said, “Last night, after we heard what happened, there was a massive swell of anger against the police and the university. Many lecturers started to understand that by them teaching online they are complicit in what is happening. For that reason we tried to bring together as many people from as many organisations in order to provide solidarity.”

The protesters then marched to ANC headquarters (Luthuli House) where Secretary General Ace Magashule came out to hear a memorandum being read. The memo demanded support for the “struggle against financial exclusion” and the “right to quality, free, decolonised education”, to “oppose state violence” and for the scrapping of “austerity” measures.

Wits SRC President Mpendulo Mfeka said, “If these are not put into effect, not only will we be failing the students that sit here today, but we are failing generations to come.” Magashule then addressed the crowd, stating that a sub-committee of the ANC national executive committee met and engaged with Nzimande.

When Magashule said, “Long live the student struggle, long live” it was met by rumblings of some Wits students saying, “The struggle must die”. 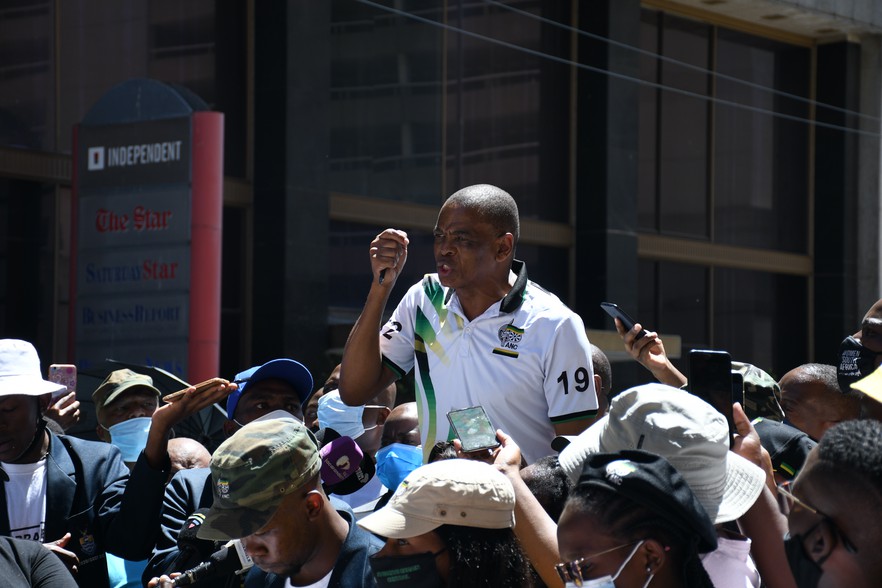 CORRECTION: The article originally said that an officer is supposed to be placed on suspension automatically after shooting someone. This is incorrect.

Next:  Leading research institute says there should be no new trials of hydroxychloroquine for Covid

Previous:  Three PRASA executives were sacked for poor performance. Now the rail agency is bringing them back