Protesters proceeded to Empire Road and blocked traffic in Johannesburg 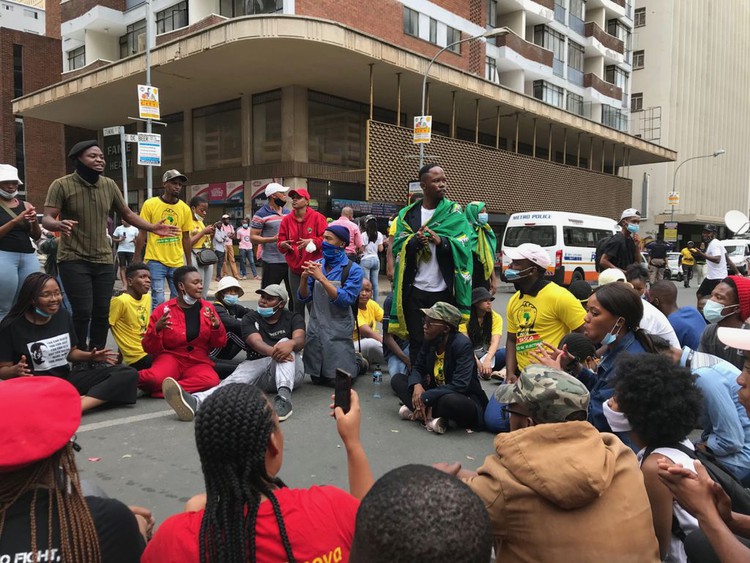 Wits SRC President Mpendulo Mfeka addressing students as they waited for the police spokesperson to address them. The spokesperson did not address students. Photos: Masego Mafata

The Independent Police Investigative Directorate (IPID) has sent investigators to Braamfontein, where a man was allegedly shot by the South African Police Service (SAPS) on Wednesday morning.

The man (believed to be in his thirties) apparently got caught up in the protest by University of the Witwatersrand (Wits) students and was shot as he came out of the Myclinic Jorrisen Medical Centre in Braamfontein.

Dr Tebogo Sedibe, the doctor who treated the man at the clinic shortly before the fatal shooting, said the wounds were deep.

“I was treating another patient in my room when I heard the gunshots. My assistant came to ask me to come and help outside because one of our patients got shot. I went out to see and performed CPR, compression only,” Sedibe told GroundUp.

“The obvious areas where he was shot were his upper abdomen, just below the chest. It was quite a big injury. He also had a shot underneath his right arm and right eye,” he said.

Sedibe said the paramedic arrived at the scene within 20 minutes.

When the Gauteng Forensic Pathology services removed the body, the students formed an impromptu guard of honour, lining the street, singing and holding up their fists.

It is unclear at this stage if the fatal shooting was with rubber bullets. Police had used rubber bullets to disperse the students. 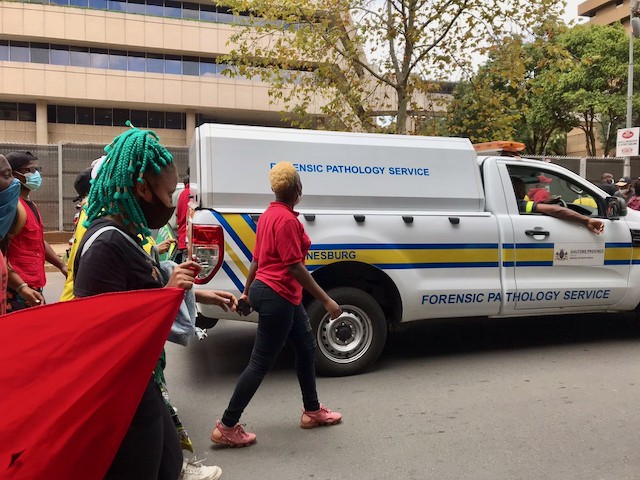 Wits students walk behind the Gauteng Pathology Services van as it removed the body of the bystander killed during student protests.

Students have been protesting since last week Thursday over “financial exclusion”, said Lesego Louw, a member of the Wits SRC.

Concerns include historic debt for fees and students being refused permission to register because of debt to the university.

“The police should have seen this coming, given the force they have been using against us,” said Louw.

Usaamah Obaidullah, chairperson of the Mathematics School student council at Wits, who joined the protest, said police brutality was not new. “Some students were beaten two weeks ago during a protest. On Monday, it was International Women’s Day and women were shot and brutalised on our campus by police and bouncers.”

By Wednesday afternoon the students blocked Empire Road and brought traffic to a standstill.

“Students were forcing entry into the Wits Medical School. We ordered them to disperse but they did not comply. We were left with no choice but to use rubber bullets. The arrested student resisted and will be charged with public violence,” said Masondo.

In a statement, the senior executive team at Wits said: “We condemn any form of violence and call on all persons to keep calm during this very difficult time.”

“The University has made available health and counselling services to students and members of the community who require assistance.

“We note with deep concern the escalation of the situation which is regrettable, and we call on all persons to remain calm during this difficult time. We remain committed to seeking creative, peaceful solutions to any outstanding issues in the higher education sector.” 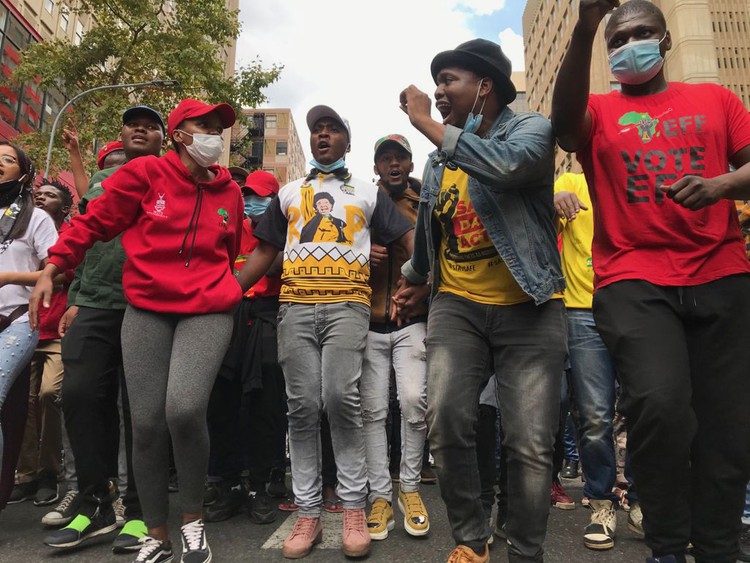 Next:  Cape Town residents clean up after first rains