Shackdwellers had to fetch water from another informal settlement 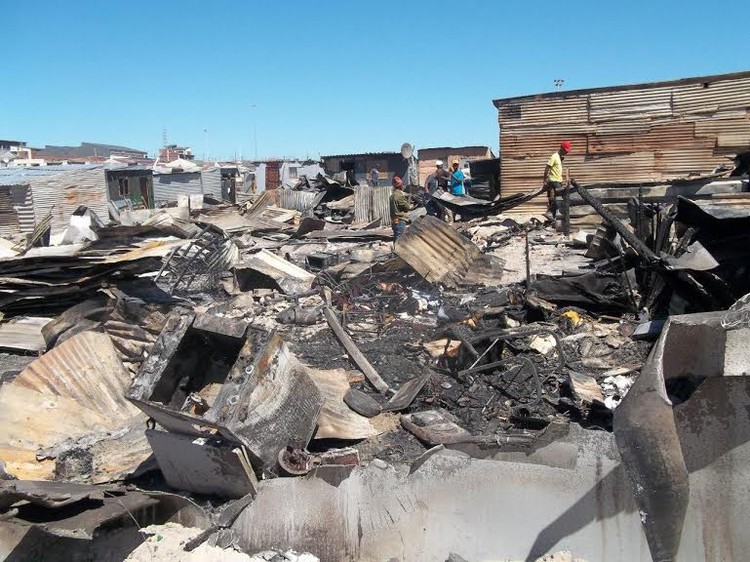 A raging fire destroyed about 30 shacks and displaced about 70 residents in Vosho informal settlement near Mfundo High School, Khayelitsha on Sunday afternoon.

Community leader Funyanwa Sobethwa said the fire erupted in a shack whose owner was absent and spread to other shacks. The shack residents had to collect water from a nearby informal settlement to douse the fire as they have no communal water taps, she said.

Sobethwa said residents from nearby RDP houses also came to put out the fire because their children live in Vosho. “We used sand to extinguish the fire but struggled to find it between closely clustered shacks,” she said. Sobethwa said fire-fighters could not enter the informal settlement to battle the blaze as the shacks are too close to each other.

“The big flames also prevented the fire-fighters from coming into Vosho and forced them to stand on shack roofs and hose the fire,” she said. The strong wind buffeting Khayelitsha fanned the fire.

“If we had water taps, we would have doused the shack that burned and prevented the fire from spreading to other shacks,” she said.

Sobethwa said some fire victims slept at two nearby churches, while others stayed at friends’ places last night, she said. “We made them sleep in different places so that they maintain social distance to prevent catching Covid-19,” she said.

She asked nearby shop owners to give the fire victims bread, polony and cool drinks so that they could eat today, she said.

“Residents are rummaging through the rubble to see if they can find usable materials. They are confused and hungry,” she said.

Ward Councillor Anele Gabhuza said the City of Cape Town had approved a water tap installation project, but the lockdown had prevented its implementation. Asked about de-densifying Vosho, he said: “It’s difficult to move the residents somewhere to create space between shacks because all spaces are occupied now.”

Fire victim Bongeka Javu said she was watching movies when the fire broke out. Javu said: “The fire and smoke quickly moved into my shack before I could pull my belongings out. I threw sand into the fire, but it made no impact.”

She said the new furniture which her boyfriend had bought with his December bonus had been destroyed. 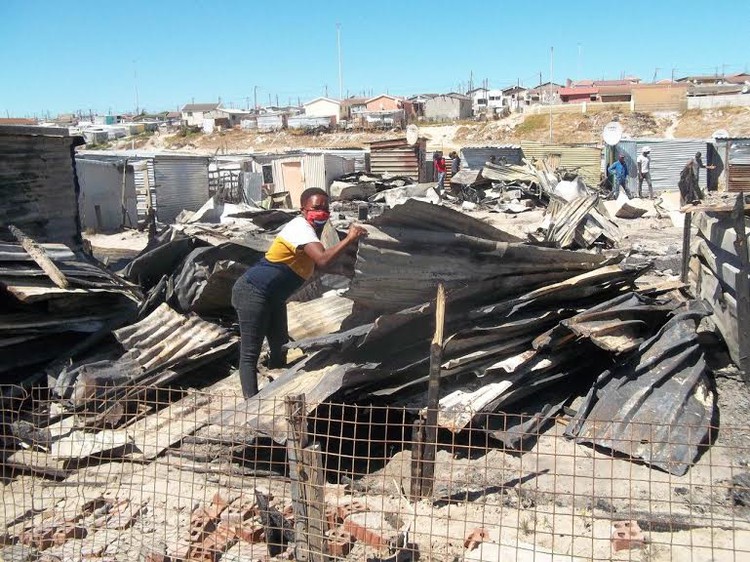 Bongeka Javu lost her new furniture in the blaze which destroyed her shack. Photo: Vincent Lali

Next:  Covid-19 beach closures threaten the livelihoods of car guards