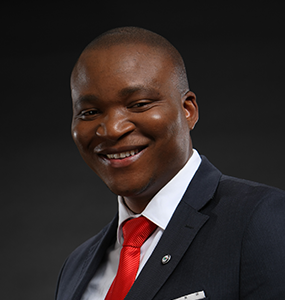 Phillemon Letwaba, COO of the National Lotteries Commission, has been cleared in an internal disciplinary hearing into allegations that he abused his position to enrich himself and his family. Photo copied for fair use from NLC website

National Lotteries Commission (NLC) chief operating officer Phillemon Letwaba returned to work this week after an internal disciplinary hearing cleared him of serious charges, including money laundering and abusing his position to enrich himself and his family.

Letwaba was suspended in October last year on the recommendation of the Special Investigating Unit (SIU), which has been investigating Lottery corruption, just three months after he returned to work after a 17-month “leave of absence”.

Letwaba went on his “leave of absence” soon after the NLC announced in February 2020 that it had appointed audit firm Sekela Xabiso “to institute an independent investigation into allegations of improper use of funds intended for good causes.” The outcome of this investigation is yet to be made public.

Last week Andy Mothibi, the head of the SIU, told Parliament’s Trade and Industry portfolio committee that the SIU had reservations about the way the disciplinary hearing was conducted. “The SIU will study the outcome of the disciplinary hearing and will chart the way forward thereafter,” Mothibi told MPs, adding that the SIU had identified evidence of the misappropriation of R300-million in the grants it had so far investigated.

Letwaba was charged after Mothibi officially informed NLC Commissioner Thabang Mampane of evidence of misconduct by Letwaba. Letwaba had made himself guilty of misconduct or breach of trust by accepting financial benefits though multiple entities linked to his family of around R45-million, Mothibi had informed the NLC commissioner. There was also evidence that Letwaba had been involved in conflicts of interest that contravened the Lotteries Act.

Advocate Chris Erasmus chaired the disciplinary hearing, which was held between 19 and 27 January at his Pretoria offices. Only two witnesses were called: Letwaba and Humbulani Gideon Funyufunyu, a chief forensic investigator for the SIU.

Letwaba was accused of conflict of interest and of using front companies to funnel money from non-profit companies that received multimillion grants from the NLC to companies controlled by him and his family. He also faced charges of contravening the Prevention of Organised Crime Act and sections of the Lotteries Act and the Public Finance Management Act. He pleaded not guilty to the four charges.

GroundUp has seen the charge sheet and the charges against Letwaba are supported by an analysis of bank accounts by the SIU, which tracked a complicated flow of money from non-profit companies that had received NLC funding, to companies and trusts linked to Letwaba and his family. Some of the evidence in the charge sheet was also presented before a Special Tribunal hearing last month.

In his ruling clearing Letwaba, Erasmus said that “there is no policy in place at the NLC” preventing relatives of its employees or entities controlled by them from conducting business “with any entity or entities that received funding” from the NLC. This is confirmed by the summary of the ethics and conduct policy published on the NLC website.

One of the charges against Letwaba involved attorney Lesley Ramulifho, who has done legal work for the NLC, while entities under his control have received millions of rands in Lottery grants. Ramulifho forged documents in a court case he initiated against GroundUp.

In his ruling, Erasmus said before the hearing he had “disclosed” that he knew Ramulifho and had been briefed on legal cases by him. They had both “on occasion attended the same social functions,” Erasmus said. He said he had declared this to “avoid a perception of bias on his part”, but neither Letwaba nor the NLC had objected to him presiding over the disciplinary hearing, he said.

Funyufunyu testified that a trust, Mosekodi Business Trust, had received about R13-million from non-profit companies that had received Lottery grants. Letwaba’s heirs and a company in which his wife Bontle Letwaba is the sole director are beneficiaries of this trust. One payment was from a non-profit company, Life for Impact in the 21st Century, which received a grant of over R10-million from the Lottery within weeks of being bought “off-the-shelf” and new directors being appointed.

But Erasmus said that Funyufunyu’s evidence was not sufficient as it was based on “assumptions” and would not “suffice”.

Much of Letwaba’s evidence was “left unchallenged” during his cross-examination, Erasmus said. He said that was “quite understandable” because counsel for the NLC “had no instruction or information at his disposal” to contradict Letwaba’s evidence. “However, this being the case, one cannot object afterwards that the employee should be disbelieved on these aspects where his evidence was not challenged.”

Erasmus said that Letwaba’s evidence was that he was not involved at all in the approval of grant funding for entities which in turn conducted business with enterprises controlled by his relatives.

Erasmus declined to respond to GroundUp’s detailed questions. He said: “The client, the NLC, refuses that I furnish any information to you, or anyone else, arising out of my appointment by the NLC as the chairperson of the disciplinary hearing. Any query or request you have may be directed at the NLC.”

In a statement on its website the NLC said only that Letwaba’s disciplinary hearing had been concluded and a report had been forwarded to Minister of Trade, Industry and Competition Ebrahim Patel and the SIU. “The NLC will not be issuing any public comment on the outcome of the hearing, as these are matters that are protected by the confidentiality clauses between the employer and the employee.”

Next:  Business owners shut down parts of Nelson Mandela Bay