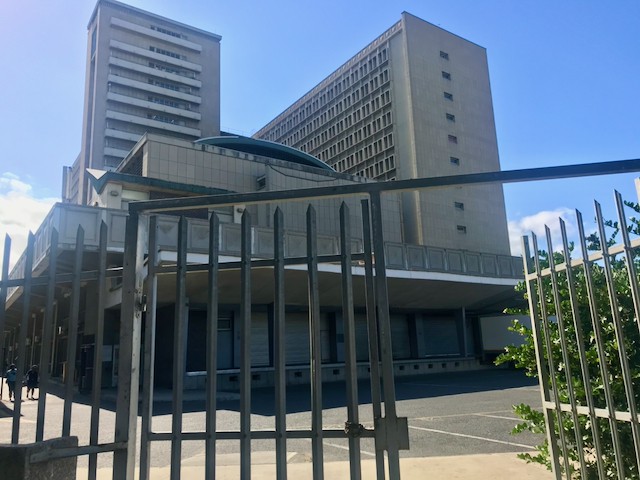 Home Affairs still does not serve new applicants in Cape Town despite a Supreme Court of Appeal ruling that says it must reopen and maintain a fully functional refugee reception office. Photo: Tariro Washinyira

Nearly two years have passed since the Department of Home Affairs promised to open a Cape Town Refugee Reception Office (CTRRO) once again, and nearly a decade has passed since it decided in 2012 to stop processing new asylum applications in Cape Town.

In a judgment on 30 August 2012, the Western Cape High Court ordered Cape Town Home Affairs to start serving new applicants again. The judge said the cost to Home Affairs of assisting newcomers was negligible compared to the harm done to them.

The court said delaying implementation of the court order would cause grievous harm to asylum seekers. While undocumented, they would be subject to arrest and deportation.

Yet Home Affairs proceeded to drag the matter through the courts until in September 2017, the Supreme Court of Appeal (SCA) ruled that Home Affairs must “reopen and maintain a fully functional refugee reception office in or around the Cape Town Metropolitan Municipality by 31 March 2018.”

Home Affairs sought leave to appeal from the Constitutional Court but this was refused. This means the SCA ruling is final.

In January 2019, GroundUp reported that Home Affairs, which by then was already in contempt of the court order, said a site in Maitland had been identified by the Department of Public Works and the proposed date for the office to be occupied was 1 June 2019, according to the Legal Resource Centre (LRC).

In July 2019, the LRC requested Home Affairs submit a detailed plan for the new office, including updated timelines and the reason for missing its June deadline.

Last week, Petra Marais, attorney at LRC, said Home Affairs had sent reports every three to six months, instead of the monthly reports ordered by the Supreme Court of Appeal in 2017.

Marais said, “The last report received from Home Affairs for the period of August 2020 to January 2021 advised that Home Affairs together with the Department of Public Works and Infrastructure has put out another tender during 2020 for new premises for the CTRRO, and from the bids received have now identified a premise in Epping.”

“The LRC has not received updated time lines nor a list of tasks completed during this time. From the reports filed by Home Affairs we were notified that the reason the previous premises fell through was that the landlord could not deliver on all the requirements set by Home Affairs. The Department of Public Works and Infrastructure thereafter advised Home Affairs that the tender process has ‘restarted from scratch’. We were given no reason as to why the tender process had to restart since the Department received five tenders from its 2018 bid, and therefore had four more tenders to consider.”

Marais said the reports filed by Home Affairs “still fail to provide us with timelines, adequate direction and sufficient information for why the Department is not complying with the SCA order”.

Despite various announcements by Home Affairs, refugees and asylum seekers have been struggling to access services for almost a decade now, and the situation became worse when the pandemic struck.

At present, Home Affairs in Cape Town only renews asylum documents and refugee statuses for people who originally applied in Cape Town.

With lockdown in March last year, services were suspended and Home Affairs declared an automatic renewal of documentation. At present, asylum seeker permits that expired, or were due to expire during lockdown, are valid until 31 March 2021.

Last year, the Scalabrini Centre said it is concerned about the number of refugees and asylum seekers with expired documents, and that the Department of Home Affairs has not made public any plans about dealing with the disruption caused by Covid-19.

GroundUp has tried to get comment from Home Affairs spokesperson Siya Qoza and media manager David Hlabane since 17 March.

Previous:  From sounds to hounds: How an opera singer started a dog-washing business in Khayelitsha