In this Eastern Cape school, learners borrow a broken toilet seat from one of the staff toilets

“This is not a school but a disaster waiting to happen”

Learners at Mndundu Junior Secondary School in the Eastern Cape borrow a broken toilet seat from a staff toilet to put over the holes which are all that is left of most of their school toilets.

Eighteen of the 20 pit toilets for the 202 learners are broken. Ten of these are just holes. Staff have two toilets, one for men and one for women. One is broken and the seat can be moved.

Teachers say students often take their toilet seat and put it on the holes in their broken toilets. They say women teachers have to hunt for the toilet seat before they use the toilet. 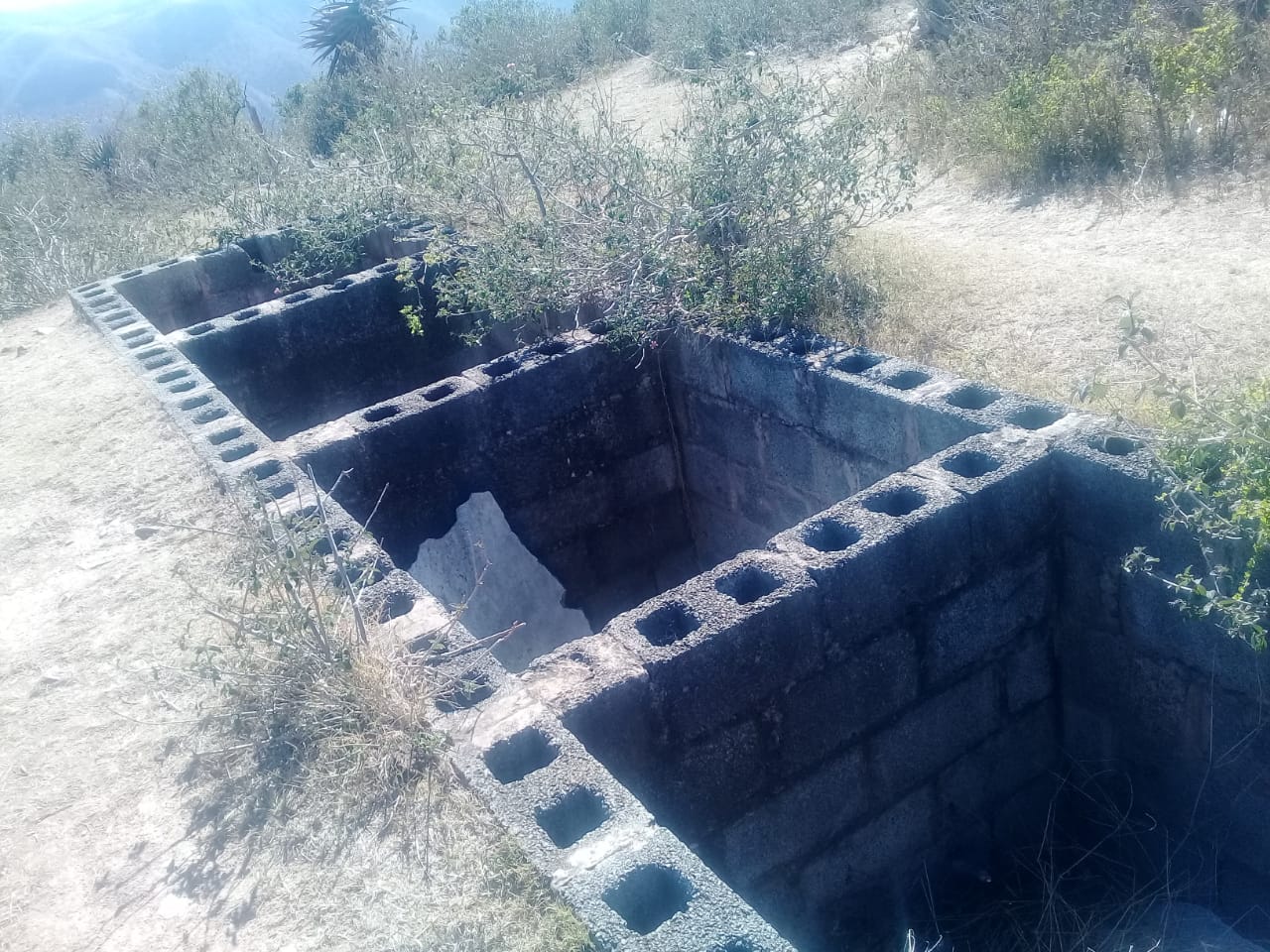 Teachers have told learners to use the bush because their toilets are broken. Photo: Nombulelo Damba-Hendriks

The school in Gatyane Mndundu village, near Butterworth, was built in 1985. School principal Vuyani Bikitsha says two of the 10 prefab classrooms were destroyed by wind eight years ago and have not been replaced. None of the classrooms have window panes. Some have broken doors. The roofs leak. When it is windy or raining pupils go to school with blankets.

Bikitsha said since the school has only six teachers, grades four and five share a classroom and a teacher. Grades seven and eight also share a teacher and a classroom. 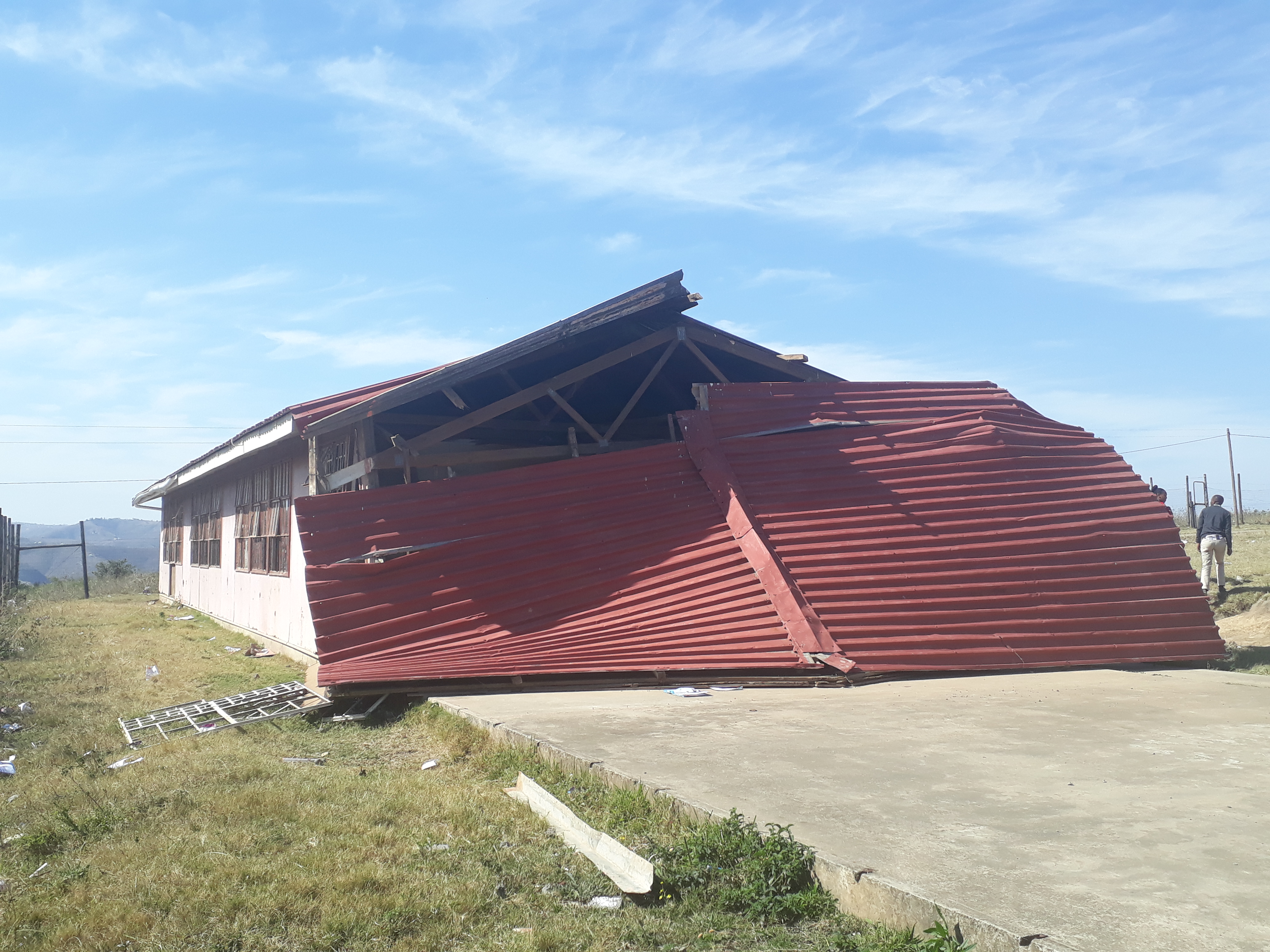 Classrooms destroyed by wind eight years ago have not yet been repaired. Photo: Nombulelo Damba-Hendricks

Bikitsha said when he arrived in Mndundu in 1992 the condition of the school was not good but better than it is now. He said repeated approaches to the Eastern Cape Department of Education (ECDoE) to fix the school buildings have been unsuccessful.

“We sent so many letters to the department asking them to build us a new school with no luck,” said Bikitsha.

Last month, parents sent a delegation to the ECDoE offices in Bhisho to demand answers about their school.

Bikitsha said they were told there was no budget to rebuild the school.

“We were told to wait at least four years for another prefab. They said the department is still busy fixing mud schools and our school must wait for the 2022–2023 budget.”

“We love our jobs but the conditions we are working under are very frustrating. All our classrooms have no windows and as for toilets we only have holes which are dangerous. Children might fall in them. We ended up telling learners to use bushes instead of the holes because we are scared for their lives,” he said.

“Nothing good is happening here. Everyone is very frustrated. Parents are blaming us for not fighting enough. They do not understand why their children have to study in such conditions,” he said. 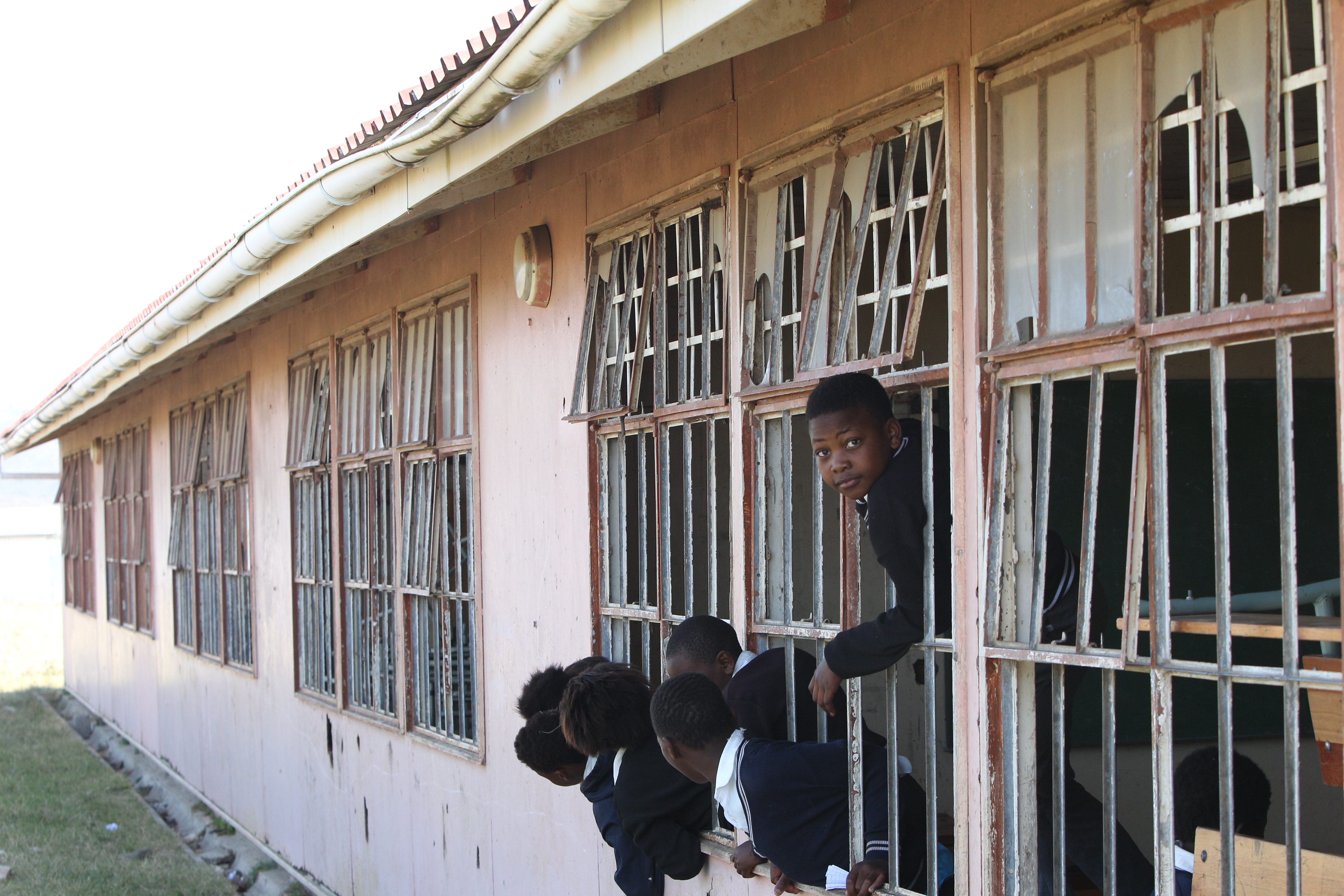 Classrooms have no window panes and some have no doors. Photo: Nombulelo Damba-Hendriks

A teacher who has to teach grades seven and eight says she feels like she is doing two jobs at once.

“While teaching one grade, I must stop the other grade making a noise. When the class starts I first teach one grade for 30 minutes or an hour then I give them an exercise to do while I go over to where the other grade is sitting.”

School Governing Body chairperson Ponono Mswane said parents had been trying for years to get the school fixed.

“Our government does not care about our children and their education. Even after classrooms were destroyed by wind the department did not come here,” he said.

Community leader Siyavuya Mahlaba told GroundUp that he was only nine years old when Kaiser Matanzima handed over the school to parents in 1985.

He said the prefabs were supposed to be temporary.

Mahlaba, who was also part of the meeting between the school and the department in October, said they returned home more frustrated and confused.

“The department was clear that we are not going to get a new school any time soon. The lady who assisted us said even in 2023 there are no guarantees that we will get a new school,” said Mahlaba.

“This is not a school but a disaster waiting to happen,” he said.

ECDoE spokesperson Malibongwe Mtima did not respond to requests from GroundUp for comment sent on 19 November. Attempts to contact him on 21, 22, 23 and 26 November were not answered.