Much ado about magic mushrooms

Careful examination reveals there is not enough data 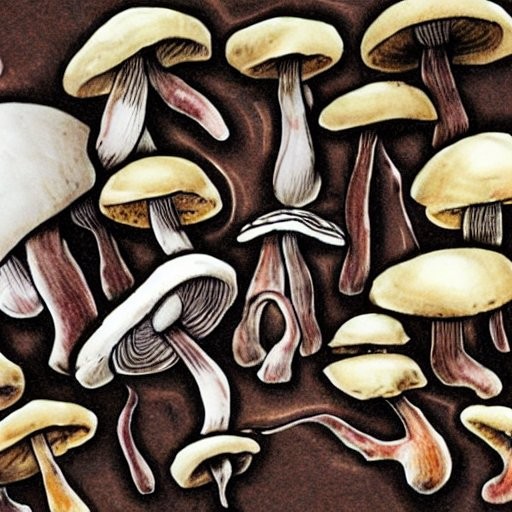 It seems that barely a week goes by without a headline touting magic mushrooms as a miracle cure for mental ailments ranging from depression and anxiety to post traumatic stress disorder, obsessive compulsive disorder, and even addiction. Having studiously clicked on the headlines, read the articles and then read the trials they refer to, I can tell you one thing: The data does not confirm what those headlines are saying.

The first issue with the headlines is that the trials invariably do not use naturally-grown “magic mushrooms” – they use synthetic psilocybin in highly precise doses. The naturally-occurring source is an entirely different proposition.

In one study measuring the psilocybin content of dried Psilocybe Semilanceata mushrooms, the concentration of the psychedelic compound varied enormously, ranging between 0.17% and 1.96%, meaning that the actual dosage of psilocybin received from naturally-grown mushrooms could vary twelvefold between the highest and lowest concentrations. We would all be concerned if a doctor’s dosing instructions were “maybe take 1 aspirin, or maybe 12, I dunno.” In another study of Psilocybe mushrooms grown in standardised laboratory conditions, the range was less extreme.

This level of dosing inaccuracy would be considered unacceptable for clinical application and seriously compromises the likelihood of successful self-medication. But there are other sources of unpredictability that compound the problem. For one, Psilocybe mushrooms also contain a class of amino acids called beta-carbolines, which are believed to inhibit the breakdown of psilocybin in the body, potentially strengthening and prolonging its effects. It is not yet known how strong these effects are, and it is also unclear how the concentrations of these compounds vary between individual mushrooms and across species and strains, and none of the clinical trials of psilocybin have included these compounds.

Psilocybe mushrooms also contain other potentially psycho-active compounds including baeocystin, which has been reported by some to induce hallucinatory experiences similar to psilocybin, but there is, as yet, scarcely any data on its effects.

As a result, the actual strength of a “trip” induced by naturally-occurring magic mushrooms is enormously unpredictable, a far cry from the kind of carefully-calibrated and controlled experiences you would want for people needing treatment for anxiety.

Psilocybe mushrooms also contain other unrelated toxins including phenylethylamine, a central nervous stimulant which causes feelings of anxiety, which is rather counter-productive for treating anxiety. The concentrations of phenylethylamines are enormously variable in Psilocybe mushrooms, and are thought to be one of the causes of unpleasant experiences or bad trips. These bad trips are vanishingly rare in clinical trials using synthetic psilocybin, but are fairly commonly reported in surveys of recreational users of magic mushrooms, though no concrete prevalence data is available.

What all this means is that self-medication using magic mushrooms is no miracle cure. The results will be hit-and-miss at best, with some instances of harm.

The actual subject of these trials (see here and here for example), pure psilocybin produced synthetically, shows considerably more promise, but the findings are still on shaky ground – psilocybin trials are difficult. The symptoms being considered are subjective and variable, making them highly susceptible to confounding by the placebo effect and the effects of randomness. Eliminating the placebo effect through controlled trials is unusually difficult – what placebo could convincingly substitute for several hours of hallucinating?

The other big weakness is that these trials rely heavily on self-reporting. That is an issue for any drug trial, but more so for a mind-altering drug that alters behaviour. Consciousness is such a complex and inscrutable set of phenomena that we should be hesitant to draw conclusions based on the crude metrics we have available for measuring it.

Also an issue is the fact that there are so many symptoms that psilocybin may treat. This may be a strength for its possible usefulness, but it is a weakness for trial design. Trials are weaker and less reliable when a multitude of variables are examined, because that raises the likelihood that chance has a strong effect in one of those variables.

A reliable, robust psilocybin trial would involve an enormous sample size including standard-of-care and placebo controls, having at least partially solved the placebo quandary (perhaps with a sub-therapeutic dose of psilocybin) as well as an arm of healthy participants to help disentangle its actual therapeutic action from unrelated mood changes that psilocybin may cause. It would also involve testing outcomes through means other than self-reporting, such as sleep quality studies as a proxy for depression. The trials published thus far look very little like that – they use small sample sizes with weak controls, and mostly measure self-reported symptoms.

In short, we can’t yet be at all confident about how well psilocybin works, which is deeply unfortunate because, low quality though the studies are, they indicate considerable promise. If psilocybin does work, its biggest appeal is the mode of treatment – rather than continuous treatment, psilocybin trials use one dose or two dose protocols, and the early data indicates that effects may persist for a year, and perhaps more.

If this is proved true under rigorous scrutiny, and if psilocybin does have a range of uses, it could break down some major barriers to effective mental health treatment. Psychotherapy tends to be inconsistent in yielding results, and is expensive, requiring one-on-one sessions with a qualified clinician. Psychiatric drugs generally require continuous dosing and their efficacy depends on an accurate diagnosis of the underlying causes, which can take years to achieve, and is so daunting that it can create a sense of helplessness that poses a deterrent to seeking treatment. In fact, a broad treatment survey found that the majority of sufferers from anxiety disorders delay seeking treatment by a staggering 9 to 20 years. The possibility of a one-off long-term treatment is likely to be far less daunting and, even if not entirely effective, could serve as a starting point, putting at least some patients on the road to other types of treatment.

The other major appeal of psilocybin is its potential cost saving. Even at the current price for research-grade psilocybin, $7000 per gram, a two-dose course of treatment at 25mg per dose, the very high end of what has been trialled, would have a cost price of $350. Even factoring in profit margins and extra costs at each point in the healthcare chain, that base cost is small compared to the cost of many annual prescriptions for psychiatric drugs, let alone regular in-person therapy. New manufacturing technologies promise to bring that cost price down considerably and if psilocybin does reach the market, scale-up will slash those costs.

Society clearly has good reason to be very interested in whether or not psilocybin works as a therapeutic. It should be high up on our priority list of things we want science to find out. Unfortunately those large, robust trials that I described earlier just aren’t very likely to happen any time soon – the right incentives simply aren’t in place. Good clinical trials are prohibitively expensive and carry risk – more drugs fail than succeed. As a result, such trials seldom take place unless funded by a big pharmaceutical company. Psilocybin cannot be patented, so there is no profit incentive to offset those costs. Perhaps worse still, the one-off nature of its treatment protocols isn’t a good revenue bet and may, cynically, even be seen as a market threat to other, more profitable, treatments.

This is not to say that pharmaceutical companies are evil or anything of the sort; they simply behave in accordance with their incentives. When it comes to psilocybin they are not incentivized to pursue its research and certainly not to leverage their close working relationships with regulatory bodies to facilitate its progress.

As it stands, then, genuine progress on psilocybin will continue to be slow without significant funding from other sources. Government funding for research tends to have a reputation for being unwieldy and slow, committed over lengthy periods and mostly to ‘safe’ projects with predictable outputs that tick regulatory and legislative boxes.

This leaves something of a funding gap for categories of research that may be of critical interest to society at large, but carry high price tags and no profit incentive, and don’t fit the mold for government-funded basic research. Psilocybin fits very squarely into that gap.

An honest headline, then, would read more along the lines of “small, underfunded trial shows some promise” rather than “magic mushrooms are a miracle cure”.

Links to sources were added after publication.

Next:  Meet Eric Poku, the “Shoe Doctor” of central Pretoria

Previous:  “People are gatvol” of being “forgotten” by Ekurhuleni mayor