After severe delays on Metrorail, transport minister Fikile Mbalula went back to his sirens and “blue light brigade”

It is 5:20am at the Chris Hani train station in Khayelitsha. It is cold, the sun has yet to rise and no commuters are in sight. GroundUp is among journalists taken by shuttle by the Passenger Rail Agency of South Africa (PRASA) to Chris Hani station for a train ride with newly-appointed Minister of Transport Fikile Mbalula.

His plan was to take a train from Khayelitsha to Langa and live the daily experience of Cape Town commuters. But after long delays and reports of two deaths on the Central line, Mbalula abandoned his fellow commuters at Philippi train station and completed the trip using his ministerial car convoy.

At the beginning of the trip, at Chris Hani station, about 30 police officers, including the South African Police Service (SAPS), Metro and the balaclava’d Tactical Response Team (TRT), were present. Members of #UniteBehind, a commuter activist group, also came to share their grievances with the minister. 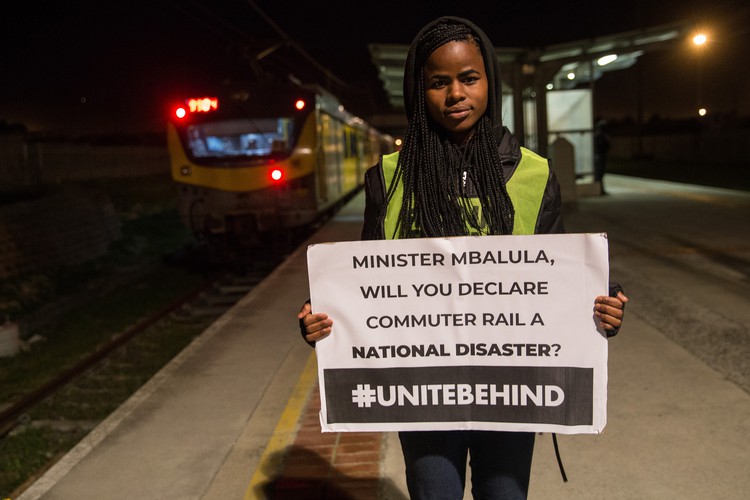 Nineteen-year-old Sisipho Mathotyang says that her experience of Metrorail has been traumatic. Last year, she was robbed and sexually harassed while travelling to school. “There was no security, no person to make sure that we as women and also children are safe,” she said. Mathotyang was robbed off her cell phone. #UniteBehind said that it is requesting an urgent meeting with the Minister.

Bonelwa Mangala, a commuter from Makhaza in Khayelitsha, was at the station at 5:40am. Bangala is a cleaner at the Waterfront and needs to be at work at 7:30am. Because of delays, she has been late numerous times.

Mangala says that she has been using the train for eight years and it has only got worse. While commuting, Mangala has been robbed of her cellphone and wallet. “We like to travel with the train because its cheaper than other transport.” She says that it would cost her R60 a day travelling with a taxi. The train costs her R190 a month.

Mbalula’s train was scheduled to leave at 5:30am. But it didn’t and by 6:10am some commuters had returned their tickets for a refund. 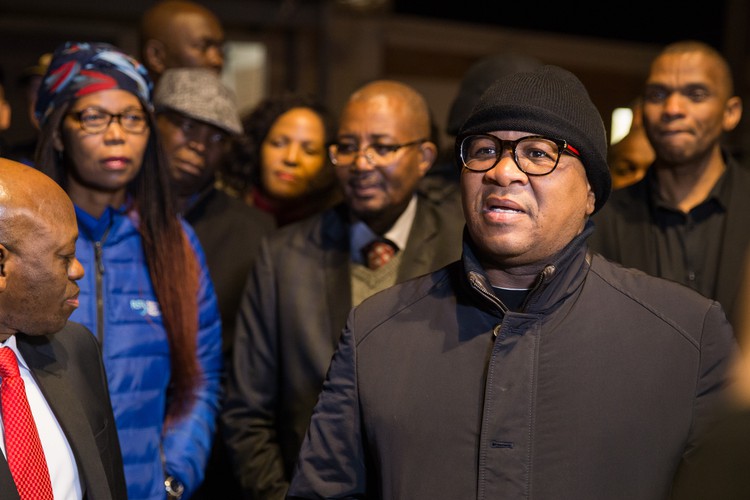 At 6:15am, Mbalula made his way from the station office to address commuters on the platform. He said his mandate from president Cyril Ramaphosa was to “fix” the railway system.

“My starting point is to establish a war room,” said Mbalula. In this “war room”, all the issues would be addressed with the help of community and government, he said.

He was short on details on how this plan would be accomplished. “This is a national crisis. As we invest resources here, they must not go to plunder,” he said. 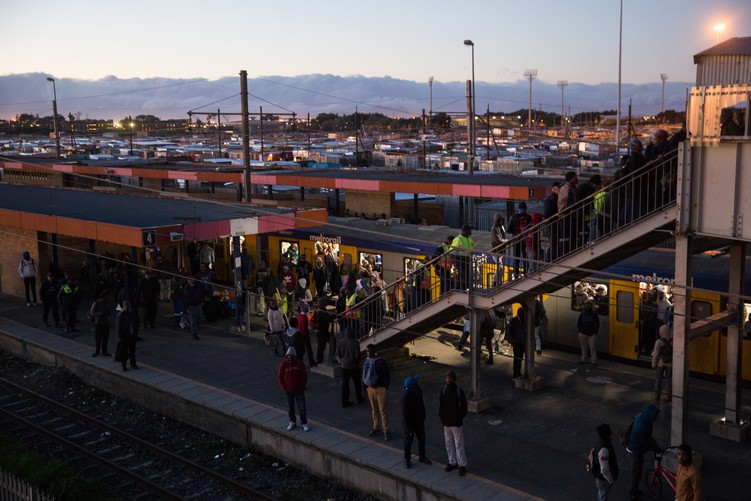 Philippi train station, where the minister gave up on his train journey.

The train eventually left the station around 6:45am, over an hour later than expected. Richard Walker, the Western Cape head of PRASA, explained that the delays were due to issues with the overhead traction wires.

“This train should be full now because it is cheaper [than taxis], but people have left,” said Mbalula.

The coach Mbalula was travelling in had no windows and most of the seat covers had been removed. 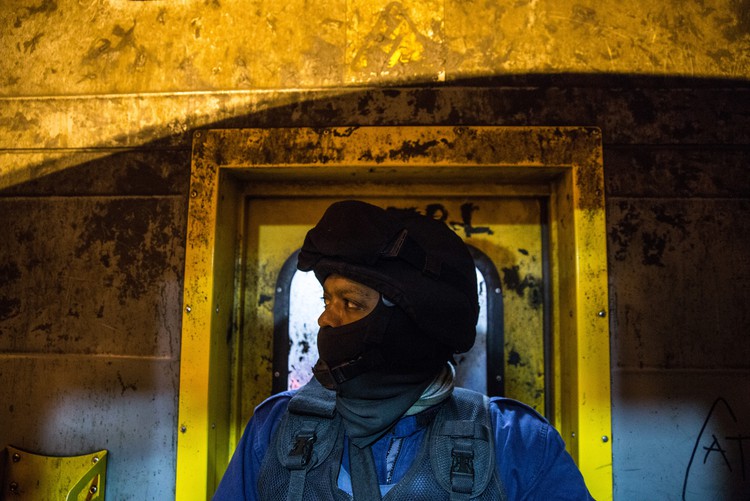 A member of the TRT, which was specially deployed for the minister, kept watch in between the carriages.

As the train made its way from station to station, it slowly filled up, making it difficult to move around.

After Mitchells Plain, media were told that the minister would now alight at Philippi station, not Langa.

Journalists later learned that further delays were expected for passengers due to a train accident. Lieutenant Colonel Andrè Traut of the SAPS said that two women in their thirties died after being struck by a train close to Nyanga station.

When the minster and his security detail made their way out of the train at Philippi station, they were greeted with cheers and applause from some commuters.

From here, the officials, escorted by SAPS with sirens blaring, drove through the traffic in a convoy towards Langa. At Langa station, members of the South African Transport and Allied Workers’ Union and the United Commuters Voice shared their grievances with the minister. Mbalula said that as a starting point, “stability” would be brought to the PRASA board. He planned to do this in the next three months.

Over the past 22 months, the Western Cape train network has experienced extensive vandalism and arson, resulting in at least R560 million rand in damages. There are currently 52 trains in service when 88 are needed to run efficiently. In November 2017, #UniteBehind leaked documents exposing theft within PRASA. Hundreds of millions of rands were stolen, possibly fuelling the collapse of the railway system. 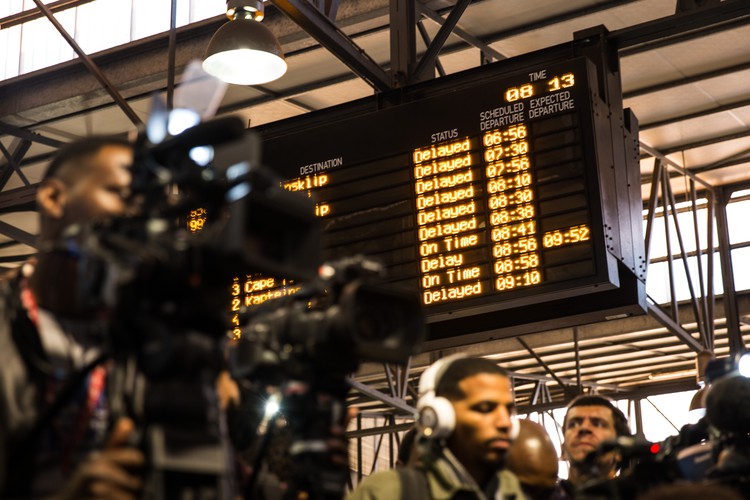 Next:  Courts should not refuse bail to immigrants without good reason