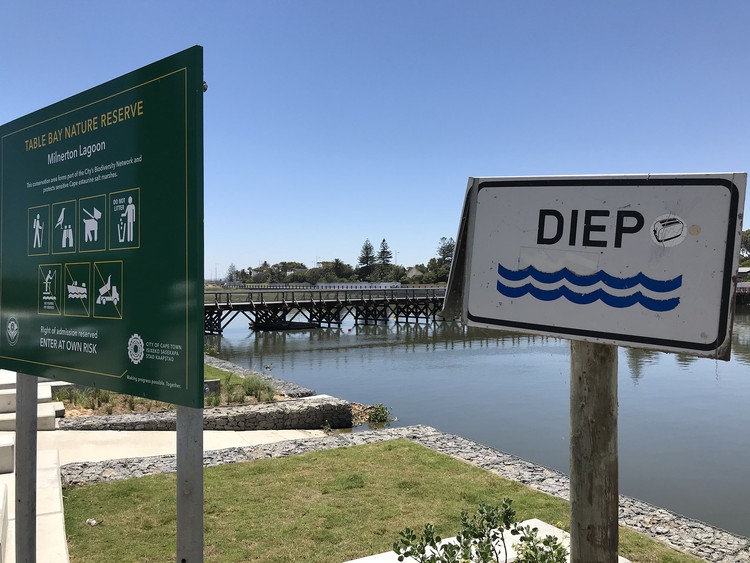 New water tests conducted by activists from the Organisation Undoing Tax Abuse show that Potsdam Wastewater Treatment Works in Milnerton is discharging effluent with high levels of E.coli. This is in direct contradiction to tests done by the City of Cape Town. Archive photo: Steve Kretzmann

New water tests conducted by activists at the Organisation Undoing Tax Abuse (OUTA) show that the Potsdam Wastewater Treatment Works in Milnerton is discharging effluent with high levels of E. coli. This is in direct contradiction to tests done by the City of Cape Town.

In a recent press statement, OUTA questioned the City’s ability to manage the quality of effluent discharged from Potsdam. In February, the Western Cape Government ordered the City to present plans to deal with the unacceptable levels of pollution.

On 18 November, OUTA’s test revealed that an “unofficial” discharge point at Potsdam was discharging effluent with an E. coli level of 8.4 million units per 100ml, up from 6,500 units per 100ml on 17 September. The Department of Water and Sanitation’s prescribed limit of E.Coli in wastewater discharged into water resources is 1,000 units per 100ml.

OUTA also tested the E. coli count upstream from Potsdam and found only 108 units per 100ml, whereas samples taken below the treatment plant recorded 1.68 million units per 100ml. 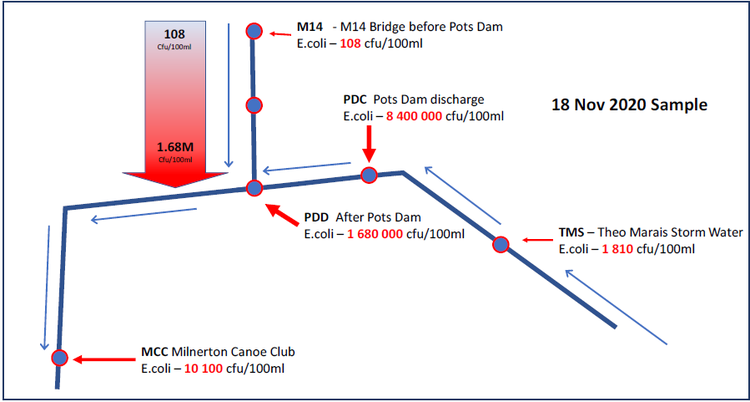 In a statement on 6 November the City said Potsdam was “showing a remarkable turnaround” since April and that “effluent samples [are] showing E. coli readings well within regulatory targets”.

According to OUTA, the water test results by the City were done at official discharge points with treated effluent, while “unofficial” discharge points “continue to pollute the environment”.

Xanthea Limberg, the City’s Mayoral Committee Member for Water and Waste, disputed this and said that there were “no unofficial discharge points at Potsdam”. Limberg said that OUTA’s sample was taken at a reed bed wall adjacent to the plant that had recently collapsed, which is not part of Potsdam operations.

“The reed bed was retaining stormwater which was contaminated by sewer overflows in the area,” said Limberg. This stormwater, coming from Dunoon, is extremely polluted due to illegal dumping, she said.

Limberg said that OUTA’s water test did not accurately reflect the final effluent quality at Potsdam.

Andrea Korff, Legal Project Manager at OUTA, said that the point at which the test was done was just one of many they monitor. “This specific sampling site was brought under the City’s attention and management of Potsdam on numerous occasions already,” she said.

A R2.2 billion upgrade at Potsdam is due to be finished by 2025, according to the City.

Next:  SIU and Hawks swoop on National Lotteries Commission

Previous:  Covid-19 protocols are observed inside SASSA offices, but not in the snaking queues of people waiting outside