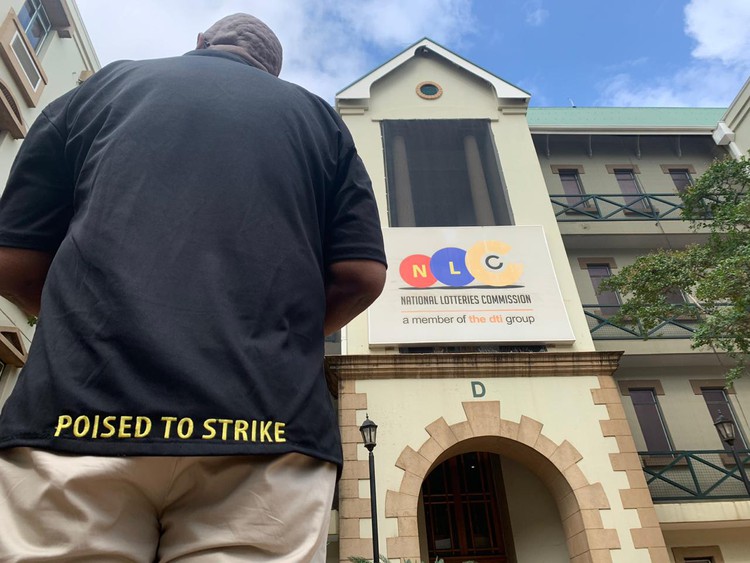 An order was obtained from a Pretoria magistrate on Monday to search and seize documents from the National Lotteries Commission. Photo supplied

The Hawks and the Special Investigating Unit swooped on the offices of the National Lotteries Commission (NLC) and Metrofile, a document storage company, early Tuesday morning after obtaining a search and seizure order from a Pretoria magistrate on Monday.

During the early morning raid on the NLC’s Hatfield headquarters, Hawks and SIU officers targeted computers and financial records and documents relating to multimillion-rand Lottery-funded projects. They also seized laptops belonging to Exco members and some members of staff.

The Hawks and the SIU also swooped on Metrofile, a document storage company where the NLC stores many of its files.

The search and seizure order also covers the homes and business premises of people involved in alleged fraud, corruption, and nepotism running into hundreds of millions of rands. Further raids on people and premises across South Africa will be undertaken in terms of the order, a well-informed source told GroundUp.

“The SIU is busy interviewing members of (the NLC’s) Exco in a boardroom”, a source with knowledge of the raid said. “They are targeting laptops of specific users, including Exco members, and a few belonging to staff.”

The raid comes just weeks after a proclamation was gazetted by President Cyril Ramaphosa that authorised the SIU to probe alleged corruption and maladministration involving the NLC.

The decision by Ramaphosa to involve the SIU came after mounting political pressure and calls by civil society for the government to take action.

SIU spokesman Kaizer Kganyago said the unit had obtained the search-and-seizure order after telling a Pretoria magistrate that they “feared that documents might disappear”.

He said that the SIU was investigating “malpractice and maladministration”, including grants and disbursements made by the NLC and that there would be further raids in terms of the search-and-seizure order.

Shortly after the early morning raid began, Thabang Mampane, the NLC’s Commissioner, emailed a memo to staff informing them of the raid. She said that only Exco staff would be allowed to enter the building and other staff should work from home today. “We urge all staff not to panic and be reminded that the NLC will fully cooperate with the process,” she said.

She also gave an assurance that the mandate and daily operations of the NLC would not be affected.

She said she wanted to “put all minds at ease that it is business as usual as we continue in our quest to change the lives of all South Africans”.

Next:  Diamond divers warn of damage to seabed from West Coast mining dams