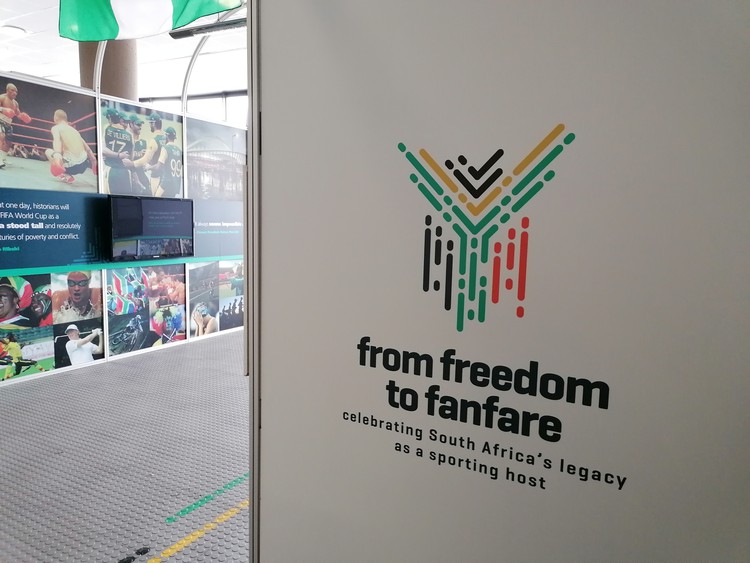 It is not clear why the “From Freedom to Fanfare” exhibition in the FNB stadium cost so much. Photo: Zoë Postman

A “South African Football Museum” funded to the tune of R7 million by the Lottery is under lock-and-key at the FNB Stadium in Johannesburg and not easily accessible to the public.

After the “museum” ran out of funds in 2017 and could no longer afford to pay rent, an agreement was reached with the FNB Stadium operators to allow them to include the exhibition in stadium tours, according to Pippa Freer, one of the directors of the non-profit company, Mzansi Football Museum, which set it up.

But this means that the From Freedom to Fanfare exhibition is only accessible to the public via a paid stadium tour one day a week. Entrance to the exhibition was previously free, according to Freer.

The National Lotteries Commission (NLC) allocated almost R14.5 million between 2014 and 2016 in Lottery funds to what it described as a “football museum” - in reality a large exhibition showing South Africa’s history of hosting international sporting events.

Of this, R6.95 million went to the South African Hall of Fame at Sun City, which celebrates great South Africans.

The Football Museum had entered into a “mother and baby” agreement two years earlier to act as a conduit for the Hall of Fame’s Lottery funding application. The Hall of Fame, also a non-profit, was unable to apply directly as it was brand new and could not supply the two years of financial statements required by the NLC.

The payment to the Hall of Fame was made after it complained to the National Lotteries Commission (NLC) that funding intended for it in terms of the conduit agreement had been “hijacked” by the Football Museum.

The NLC then launched an investigation, which included a financial audit, into the museum’s funding.

The Hall of Fame, which had originally applied for R7 million in 2014, was later directly paid a total of R6.95 million in two tranches of R4 million and R2.95 million in 2016. This is unusual as the NLC normally makes conduit payments via the “mother” organisation.

Confusingly, both projects share the same project number, so it is impossible to work out, based on NLC annual reports where the grants are listed, how the total grant of R14,452,722 was allocated between the two organisations. 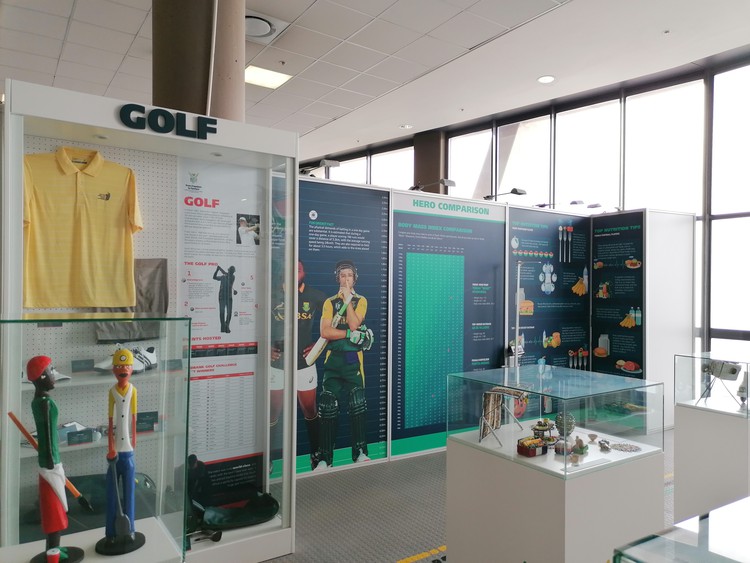 In our interview with Flow Communications, the company who put together the exhibition, the director said there was also an interactive robot of some sort. That wasn’t there when GroundUp visited. Photo: Zoë Postman

NLC spokesman Ndivhuho Mafela did not respond to a question about the amounts allocated to the two organisations.

“The South African Football Museum and Bold Moves (the non profit originally behind the Hall of Fame) submitted an application and were funded in partnership in 2013,” said Mafela. “One partner ( ‘the baby’) approached the NLC with complaints that the main organisation (‘the mother’) had excluded them in the implementation of the project and that funds due to them were never received.”

The NLC intervened and facilitated a meeting between the two organisations in December 2020 “to fully understand the issues and requested the parties after this meeting to provide additional information,” he said.

GroundUp visited the exhibition last week. The exhibition is not generally operational; it had to be opened following a telephonic booking. The ticket price is R60 per person. Sports associations donated some of the sports gear to put in the exhibition, according to the tour guide.

The exhibition contained plenty of information about sporting codes, a “fan wall” with photographs of people attending world cups, and an opportunity to compare your height to those of rugby players, but didn’t appear to be worth anything close to over R7 million, though there were a few televisions and iPads and an inter-active goalkeeping game, which was not working when GroundUp visited.

Please just make mention that the South African Hall of Fame is unlike the Football Museum open and fully functional.

The article almost reads as we are implicated. The South African Hall of Fame is a R20 million asset which is operational at Sun City Resort. We fully utilized our Lotto Funding which assisted partially in building this Legacy Project.

We are a credible organisation with integrity and cannot be seen in the same light as the Football Museum. Please refer them to our website www.halloffame.co.za.

Please also protect us in your article. It is very crucial for us.