Judges find company to be complicit in “impropriety and maladministration” 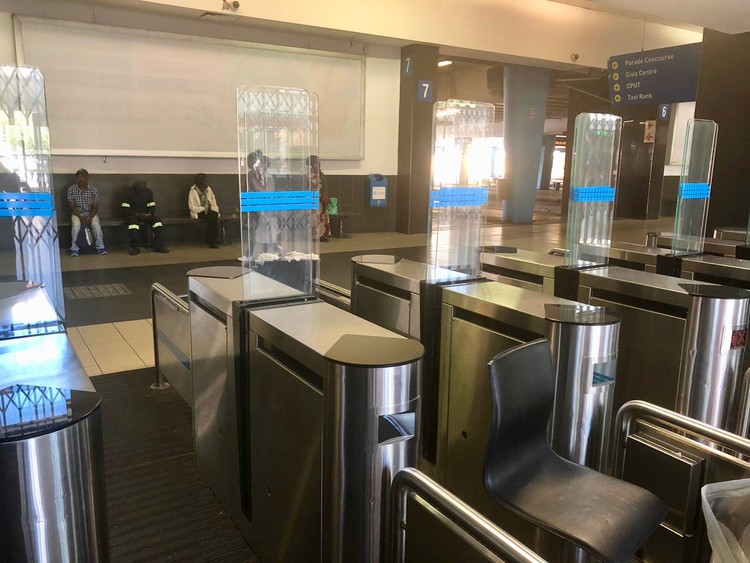 All agreements between the Passenger Rail Association of South Africa (PRASA) and Siyangena Technologies (PTY) Ltd were set aside by the North Gauteng High Court on Thursday.

In the sixty-page ruling delivered two months after the case’s final hearing in August, Judges Colin Lamont, Joseph Raulinga and Wendy Hughes described some of the corruption surrounding the Siyangena contracts as well as collusion between Siyangena, led by Mario Ferreira, and PRASA, then under the leadership of Lucky Montana.

Siyangena was found to have unlawfully won billions of rand in contracts to supply security infrastructure to PRASA stations for the 2010 World Cup and subsequent contracts. These items included automated speedstiles, information boards, CCTV, lights and communication systems, to a contract value of approximately R6 billion.

In the judgment, Montana is shown to be steering an “unsuitable” and “not fit for purpose” contract past the structures that were meant to protect public money from misuse. It stated that he was aided by top PRASA employees, including project manager Luyanda Gantsho, Chief Procurement Officer Chris Mbatha, and procurement manager Jabulani Sindane, among others.

The judgment noted that Montana was bought houses by Siyangena and stated that “the evidence is irresistible that [Siyangena] was providing the backing [for the purchase of homes for Montana]”. Gantsho was also rewarded with a Ballito beachfront apartment, it read.

In addition to setting aside the contracts, the judges ordered that an independent engineer be appointed to evaluate the cost of the work done by Siyangena. This evaluation will then be compared to the money already paid to the company. Siyangena was found to be “complicit to the corruption, impropriety and maladministration” and therefore cannot profit from the unlawful agreements.

If the evaluation determines that the cost of the goods is greater than the amounts paid to Siyangena, PRASA has to compensate Siyangena for the difference. If it is less, then Siyangena must pay the money back to PRASA. The judgment did not stipulate whether the items evaluated should match the brands used by Siyangena, some of which, the judges noted, were sold to PRASA at inflated prices compared to similar products on the market.

Siyangena was further ordered to pay the costs of PRASA’s application. These costs include the forensic investigations led by Werksmans, which sourced and analysed over 1.2 billion documents. Werksmans has repeatedly come under fire, with Ministers of Transport, parliamentarians in the Transport portfolio committee, as well as the EFF, calling for the investigations and litigation to be halted.

PRASA’s ‘Administrator’ Bongisizwe Mpondo almost condemned the rail agency to a near defeat in this matter after he failed to pay Werksmans, the attorneys in this case in January. When #UniteBehind took PRASA to court on the matter, it found money to ensure that the case continued. Commuter activist group #UniteBehind were admitted as an “intervening applicant” in the Siyangena matter.

Zackie Achmat of #UniteBehind said that the judgment was a vindication of the group’s activism in this case. Achmat said he hoped the judgment and its findings would lead to arrests and sanctions against key players, including Montana, Ferreira, and Gantsho.

Achmat however noted that the judgment did not deal with the impact the Siyangena contract had on commuters, which has led to death, injury, and economic damages, and that it was too soft on PRASA’s board which at the time was led by Sfiso Buthelezi.

Disclosure: James Stent was with UniteBehind before joining GroundUp in early 2020.

Next:  One year ago refugees started a protest that brought central Cape Town to a standstill