Families say promises have been broken 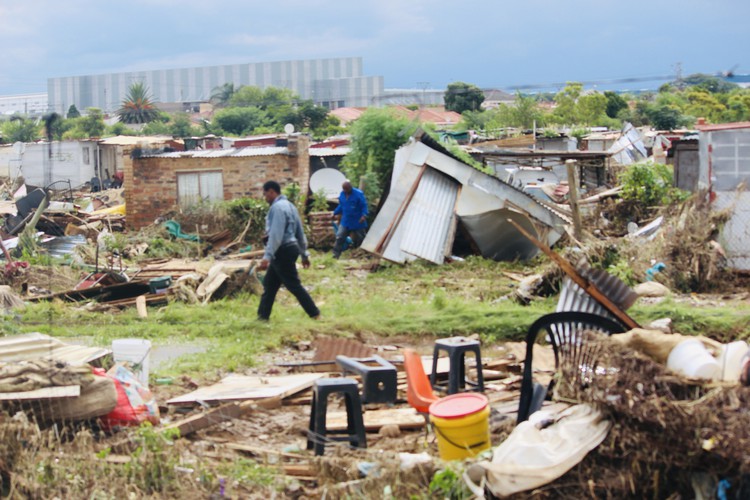 Floods at the weekend have devastated Mamelodi families who had not been moved to better land in spite of promises made by the City.

The councillors were there to facilitate the move to temporary accommodation sites after flooding.

Residents accused the City of leaving them out when other Mamelodi families were relocated after floods in 2019.

Last September, in a written response to GroundUp, Tshwane metro spokesperson Lindela Mashigo said the City had recently acquired land in Mooiplaats to which some Mamelodi families would be moved. But, he said, other land had still to be acquired for the other families.

Sello Chipu, Acting head of the Tshwane Human Settlements Department, said then that they had hoped to relocate families by July 2021, but there was a delay because the City could not reach agreement on the price of the land to which the residents were to be relocated. He said that by the end of November everything would be “finalised” and the City would make an announcement then.

There was no announcement in November, but on 21 January Tau issued a statement to say the City was still negotiating to acquire the land, in Pienaarspoort, and the families affected by the earlier floods would be relocated “subject to finalisation of the acquisition of land”.

Meanwhile heavy rains at the weekend left the Eerste Fabrieke families devastated. “There’s no winning in this situation,” said resident Ntebo Seitshiro. He was one of 1,000 families in informal settlements around Pretoria whose shacks were flooded, completely destroyed, or swept away.

Situated along the Moretele River, Eerste Fabrieke informal settlement was established in 2017 and is home to more than 1,700 people according to the City. When GroundUp visited the settlement late Tuesday afternoon, Seitshiro was trying to decide whether to seek refuge at the temporary accommodation in Mamelodi west and Nellmapius Hall where victims from other settlements have been housed since Saturday.

“If I stay here, I will lose out on relief packages they receive at the community halls,” he said. “If I leave my shack, they will steal my valuables. I might also miss out on getting land.”

“Many people who refused to leave are angry because of the broken promises over years,” said Seitshiro.

A former backyarder, he has lived in Eerste Fabrieke since 2017. Like many in the area, he survives on piecemeal jobs, and cannot afford to pay rent. “I live with my girlfriend and five children. I’ve experienced three floods, the tough one being in 2019. We’re desperate,” said Seitshiro.

Seitshiro said his girlfriend survives on a grant and had taken out a loan to buy food and stationery for the children after their food was washed away. “It’s tough. No one has called me for a job in recent weeks,” he said. 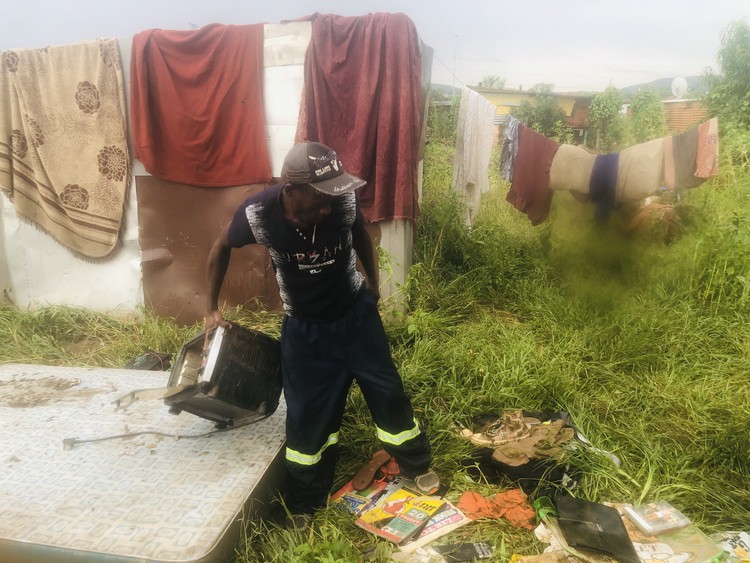 The informal settlement is situated next to Eerste Fabrieke train station. Residents have connected illegal cables from the railway lines. When navigating through the settlement, residents warned us not to step on live electricity wires. Pit latrines in the area are often flooded.

Resident Jan Moroka is from Limpopo and works as a security officer. His neighbour accommodated his family of three after their shack was swept away. His partner, Daphey Kobe, was preparing supper in the neighbour’s shack when we visited. Moroka was in the process of rebuilding his shack in the drizzling rain.

“I know the rain might come back,” he said, “but we have nowhere to go.” 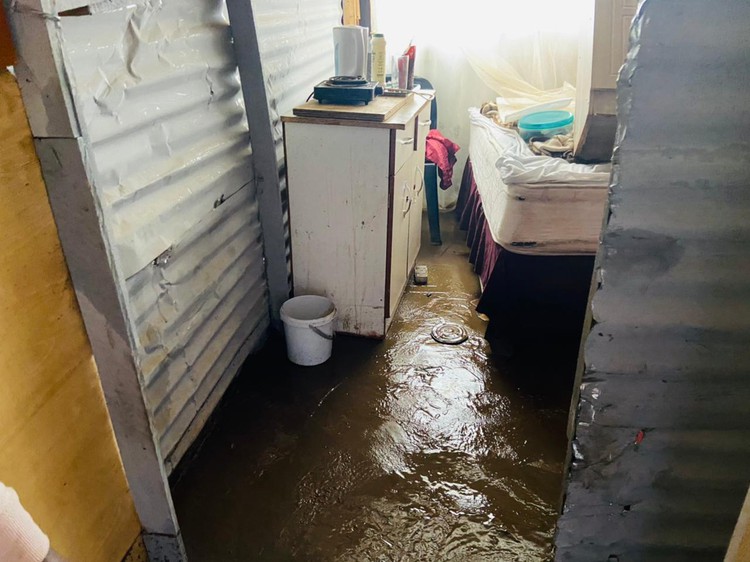 Next:  Taking healthcare to SASSA queues: pensioners screened for hypertension

Previous:  National Lotteries Commission board is no longer quorate