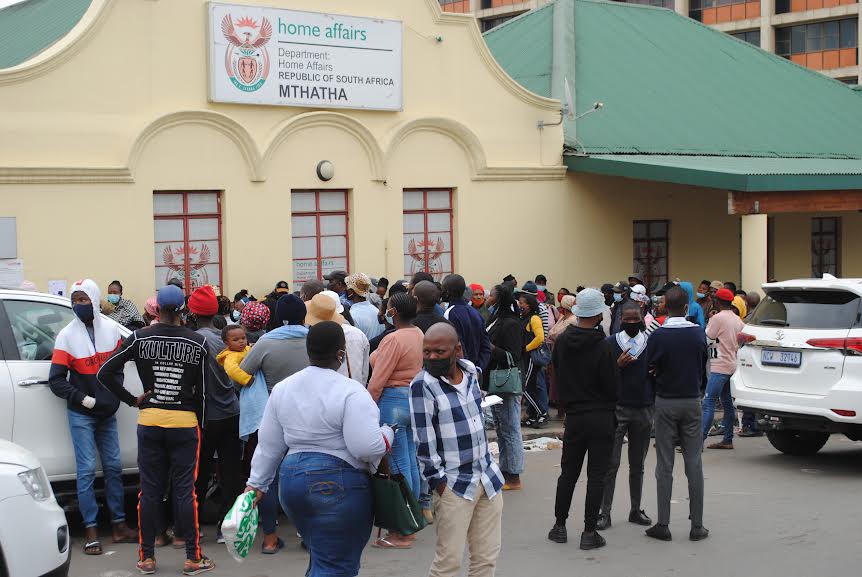 The Mthatha Home Affairs office is in a heritage building but that is small comfort to the people who queue for hours every day. Photos: Mkhuseli Sizani

People are queueing from as early as 3am in front of the Department of Home Affairs office in Mthatha, hoping for help with documents.

Provincial manager Gcinile Mabulu said the queues are long because many people come in from smaller towns. “Everyday the office is overwhelmed because people are leaving their hometowns like Port St Johns, Libode, Elliotdale, Qumbu, Engcobo and Tsolo to make their applications here.”

When GroundUp visited last week, people in the queue complained that they were unable to apply for social grants and look for jobs because of delays in getting identity documents. Computers are often offline. Some people said they would not be able to cast their votes in Monday’s election.

Applicants were leaning against the cars in the parking lot or sitting on the pavement. They said even on rainy days the queue is the same.

On Friday, Nelson Mangqwambi from Qunu was first in line. He said he had arrived at 3am with his daughter to apply for an ID, but they had been told they should have booked first. “We have spent R84 for today’s trip in a taxi to come here,” he said. 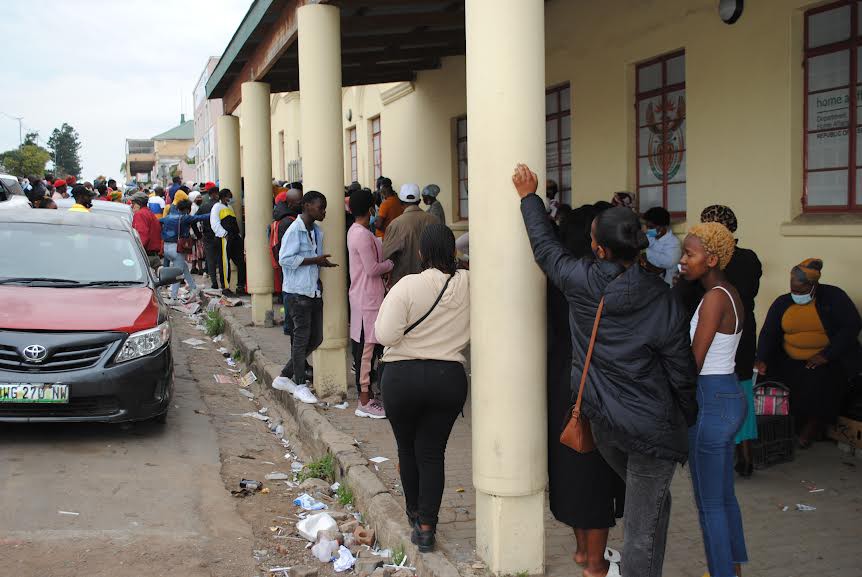 Some people queue from the early hours of the morning.

Welcome Mandla said his son and his sister had started applying for IDs in March and had come four times to the office. “But until today we have not been helped. The officials keep on asking for missing documents, one by one.”

“I have been queueing since 5am.”

“Sometimes our computers are offline because in some of our branches like Engcobo we have a network problem due to cable theft,” said Mabulu.

Next:  Neither here nor there: South Africa’s undocumented children