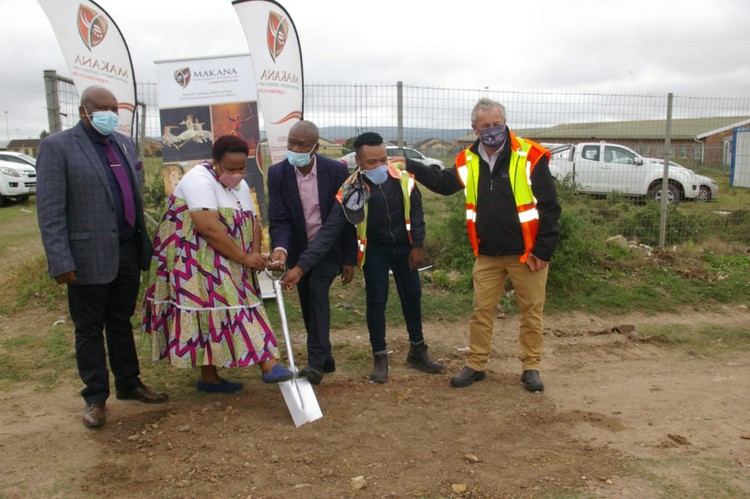 Residents of Joza in Makhanda have brought an R18 million road construction project to a halt, demanding that people from their community be employed.

But the Makana Municipality says it’s up to contractor, Mamlambo Construction Company to determine who it hires for the job.

On 12 April, the municipality hosted a sod-turning ceremony to mark the start of the upgrade of the busy Ncame Street. But when teams began work on the road earlier this month, members of the surrounding community complained that they were excluded from the recruitment process for the project.

Thabiso Gumenge, a father of two, has lived in the area since 1996. “We just see people working, not knowing where they come from and how they were employed and when? This is not new, every project here in Makana goes like this. I have given up now,” said Gumenge.

Another resident, Mziwonke Ngqoyiya, accused the municipality of not prioritising unemployed people from the community for jobs. “A project in a ward should benefit people of that ward,” said Ngqoyiya.

Ncame Street is a busy taxi route. The contractor is expected to remove the tar and replace it with paving blocks to help prevent large potholes. The total length of road to be upgraded is approximately 3,100 meters and is divided into five sections. The project will also focus on upgrading the storm water system, said Makana municipality’s Anele Mjekula.

When asked about the community’s complaints, Mjekula said that the company decided who was to be employed. Attempts to get comment from Ward Councillor Ramie Xonxa as well as Mamlambo Construction Company were unsuccessful.

Mjekula said the road construction project was funded by the Municipal Infrastructure Grant. It will include the construction of two traffic circles on Ncame and Nompondo streets and at the intersection of Ncame and Sani street to ease traffic flow.

“The upgrade of Ncame Street will also include the erection of road signs, road markings and sidewalks which will be constructed on the western side of the street. The project is expected to be completed in 72 weeks from the commencement date,” he said.

Next:  Why is the government in such a muddle over vaccination?

Previous:  Langa residents are fed up with their police