“For years people showed us plans for housing then disappeared without anything being done. Many of us had lost hope” 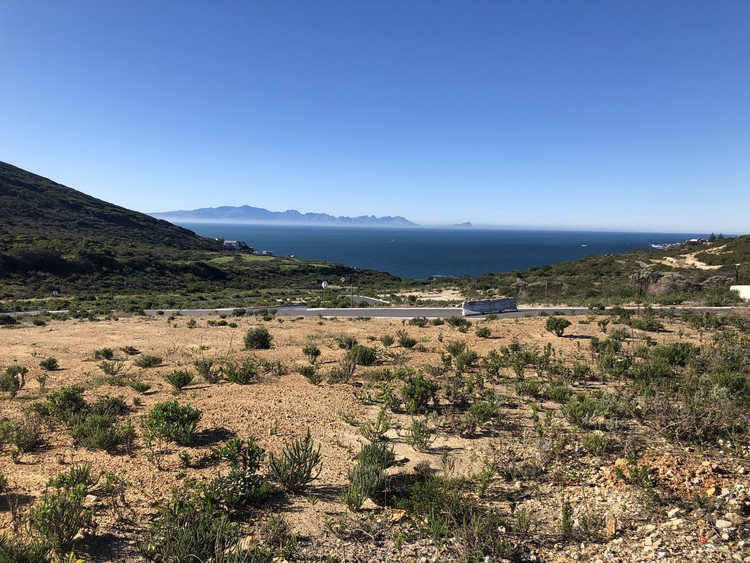 Land in Dido Valley where the housing development is to be built. The City says it expects construction to be completed in 2023. This photo was taken on 16 July. Photo: Lucas Nowicki

Lungiswa Somlota’s parents were in their thirties when they were forcibly removed from their home in Luyolo Location in Simons Town and moved to Gugulethu in 1965 under the Group Areas Act.

Somlota, now secretary of the Luyolo Land Restitution Committee, has been campaigning for Luyolo land claimants since their claim was validated in the late 1990s. Her parents were still alive when the claim was lodged.

“It is now more than two decades that we have been involved in this process,” said Somlota.

The Luyolo land claimants are expected to be given 100 units from the Dido Valley Housing Project, located on a hill overlooking Simons Town.

Somlota said the land claimants, who are set to move to Dido Valley in Simons Town, are mostly backyarders from Gugulethu, Khayelitsha and Langa.

The housing project, which will have 600 units, will also provide housing for residents from Redhill Informal Settlement, and individuals who have been on the housing database the longest, according to City of Cape Town spokesperson Luthando Tyhalibongo. Construction for the project has been delayed a number of times.

Redhill is a small informal settlement near Scarborough and home to 652 households, according to the City, including 182 families who rent space from other residents. Most of these beneficiaries have been waiting for housing for over 25 years.

Resident Buyisile Jim said, “For years people showed us plans for housing then disappeared without anything being done. Many of us had lost hope.

“We have heard that the construction will finally begin and we can’t wait to see it happen.”

Somlata said both the City and Land Claims Commission have frequently left Luyolo Land claimants in the dark regarding the progress of the housing project.

Engineering work for the project was completed in January 2018 and construction of houses was due to start in July 2019 and again postponed to November 2019.

He said the City had to shift funds from its housing projects because of reduced grant allocation from the national government in 2018.

Booi told GroundUp that construction started in June 2020. The project should be completed by June 2023, he said.

However, when GroundUp visited the site earlier this month, there was little evidence of construction activity, besides some fenced off building materials around two wooden houses and Covid-19 construction guideline posters. Trees and bushes have grown over most of the site.

Ward 61 Councillor Simon Liell-Cock (DA) said that Covid-19 had delayed the progress of the project.

“The site office has been built and the construction of the houses should start imminently,” said Leill-Cock.

Next:  How to respond to Cape Town’s surge in land occupations