“A loud crack and choking smoke filled my shack and woke me up,” says Kholeka Mgaguli. “I pulled my [five] kids out and called my neighbours.”

Residents scooped stagnant water from a damaged storm water drain nearby to douse the flames. But Mgaguli lost everything in the fire that started in her shack in Msindweni informal settlement, Khayelitsha, around 3am on Saturday. Her fridge, microwave, beds, cupboards and television and the rest of her belongings were reduced to ashes.

Community leader Nonceba Ndlebe said they may have been able to stop the fire had the water pressure in the communal taps been higher. “It takes about 20 minutes to fill up a 20-litre container [from these taps],” she said.

In June, someone died in a shack fire because it could not be put out in time, according to community leader Andiswa Kolanisi.

Kolanisi said each land occupier forks out R300 to contribute towards the purchase of water pipes, taps and the cost of plumbers. “We started off the community fund to hire taxis to transport us to court, when the city was still destroying our shacks. Each resident contributed only R2 then,” she said. “We later asked residents to increase their contributions so we could buy materials to install water taps here.”

The community also bought gravel to make the land more habitable and accessible.

“Are we going to live without water and toilets until our [court] case has been resolved?” Kolanisi asked rhetorically. “Residents are happy to make a once-off contribution towards the project because they no longer have to pay about R500 for rent on a monthly basis.”

According to Kolanisi, eight taps had been installed so far, but some people still live too far away and cross Japhta Masemola Road to collect water in Makhaza.

“Residents are out of work and they struggle to contribute financially towards the project. Currently we are short of cash to buy materials,” said Kolanasi.

Mayoral Committee Member for Informal Settlements, Water and Waste Services Councillor Xanthea Limberg said, “The provision of services on this land was not planned and is therefore not included in the City’s current budget or resource allocation.”

“As part of the City’s commitment to improving the lives of our most vulnerable residents, more than R850 million has been earmarked for the provision of services and upgrading of existing informal settlements across Cape Town,” said Limberg. 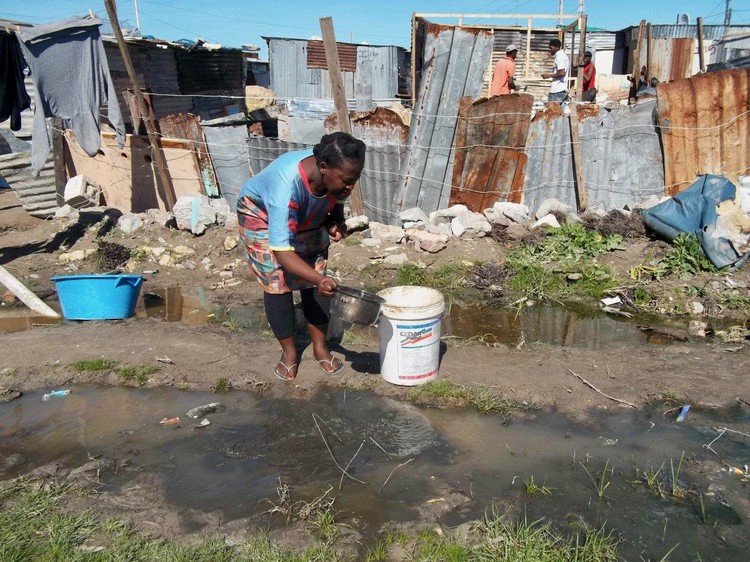 Previous:  Land occupiers in Mthatha won’t move until they get houses